If you still want island life, but need a little more “big city” mixed in, Koh Samui nightlife will be perfect for you to take a break. I went twice; the first time as a base for the Full moon party, then second because we had some time to kill before we needed to catch a flight our cute hotel in Bangkok, and wanted to get some shopping done, which Koh Samui is great for. 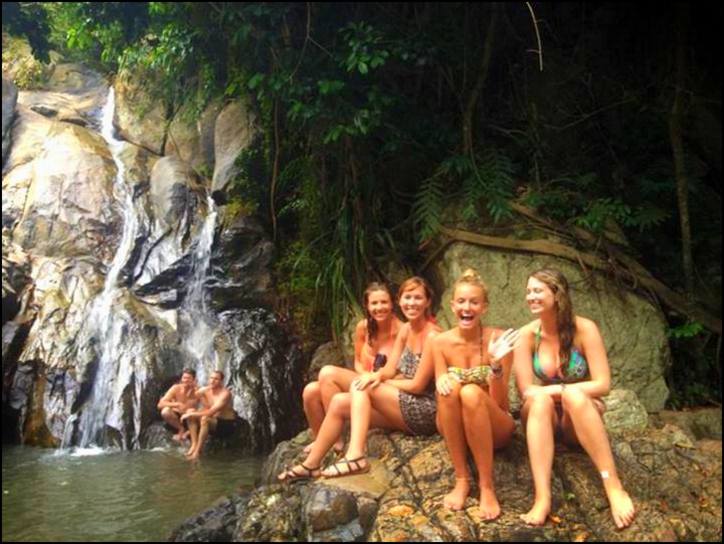 Most important information EVER:

DO NOT use Koh Samui as a base for the full moon party. It’s so dumb. I’m going to tell you about this next week!

Where to stay on Koh Samui

We stayed up north on MaeNam Beach the first time we went so we were close to the port to Koh Phagan. It was a cute resort called Shangrila with great stilted huts on the sea. Although far from Chaweng, the main scene, it was a nice break from people.It was a relaxing resort with fair/decent food, but good breakfast. Getting to Chaweng at night was easy from all locations; trucks drive up and down all the main streets, and it’s hop on hop off as they drive around. 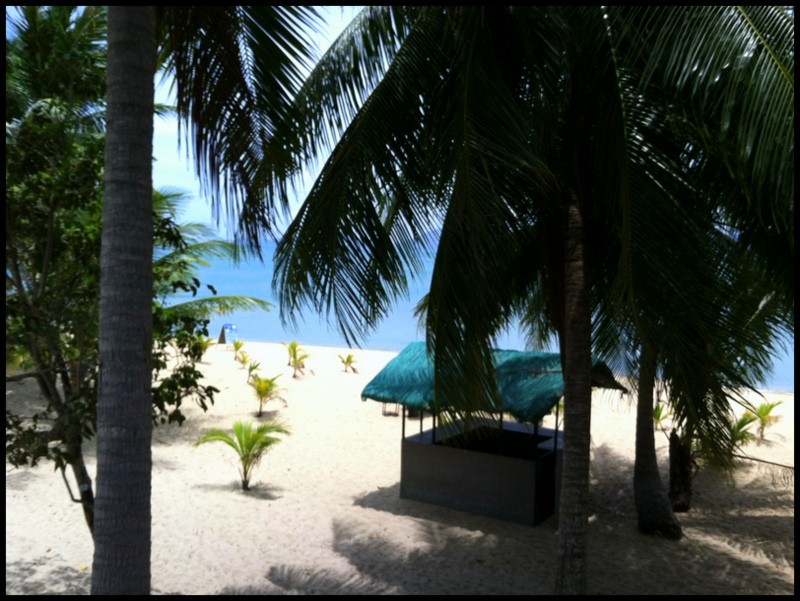 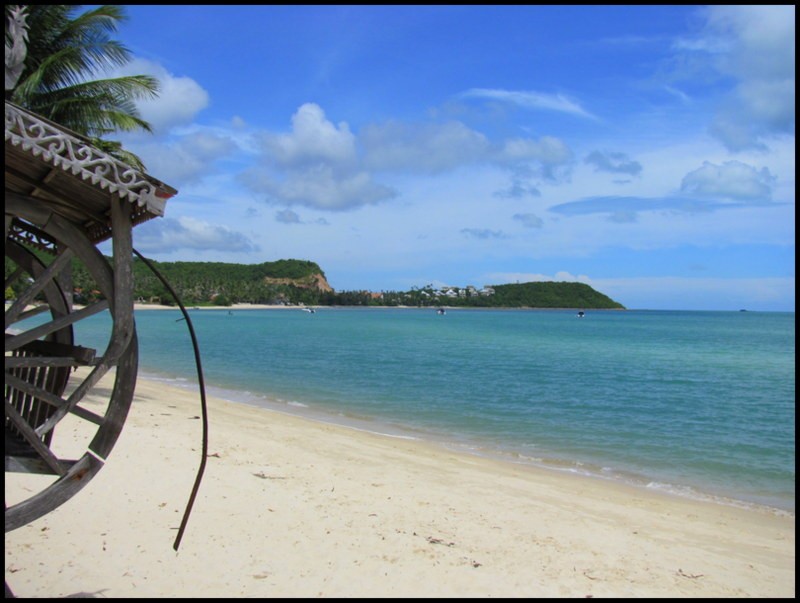 The day after the full moon party we stayed on the south side Bo Phut because it was less expensive and closer to the main road. Ben and I also stayed here when we came back to Koh Samui the second time. An attraction near this beach is Big Buddha; we saw it in the distance but didn’t take the walk to it. I am usually underwhelmed by statues and it was really hot. 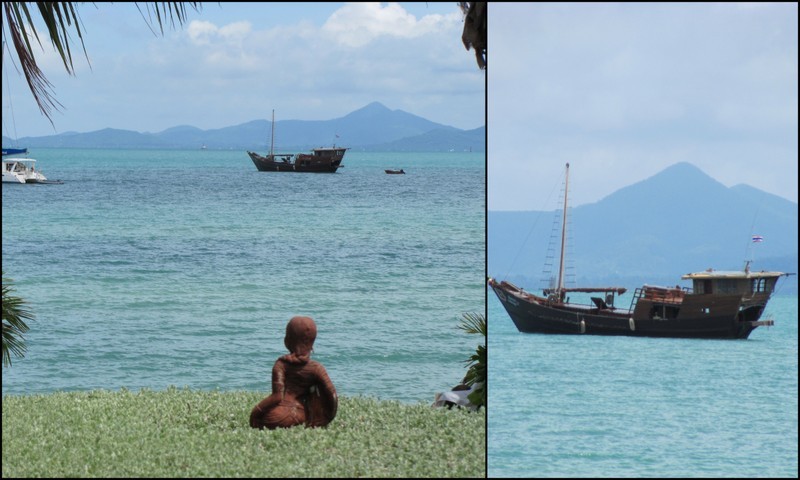 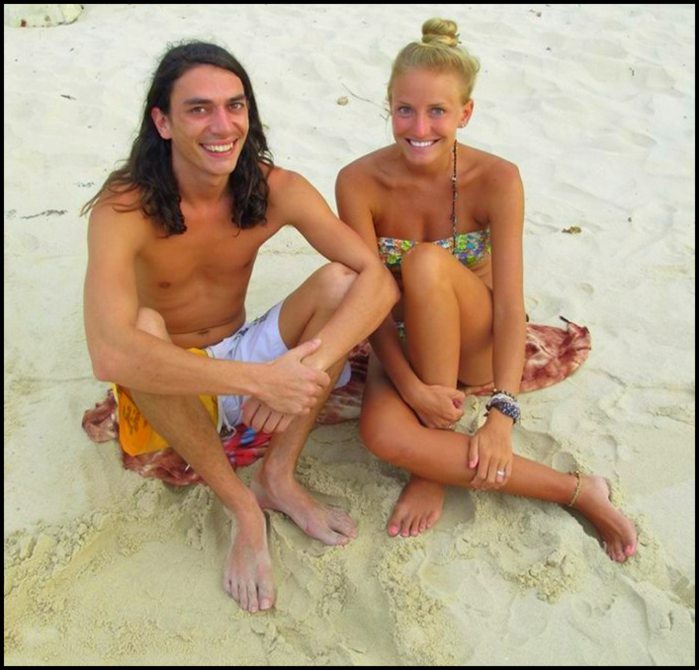 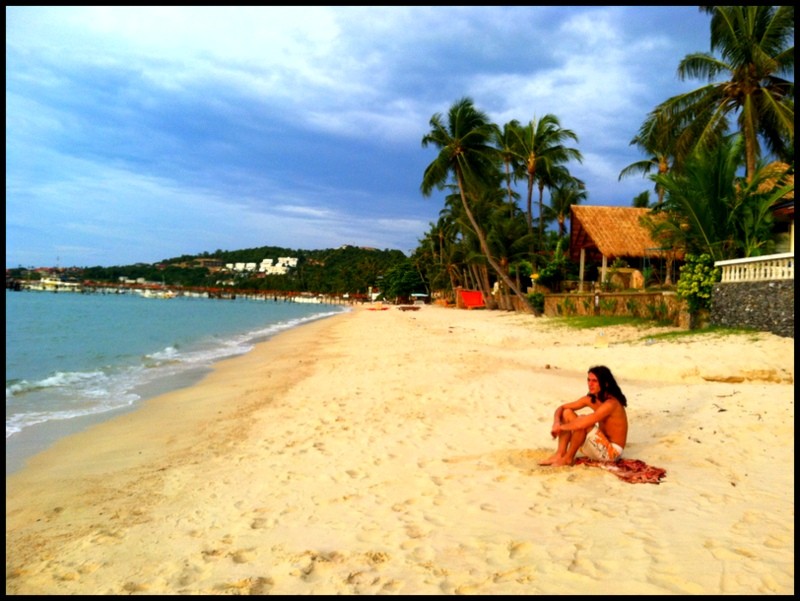 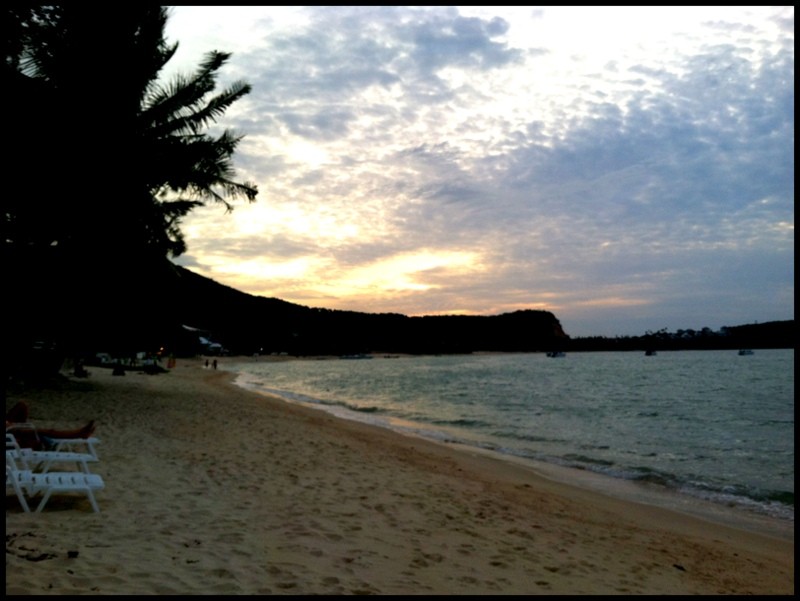 What to Buy on Koh Samui

The main beach, Chaweng, is also is not only THE place for Koh Samui nightlife, it’s where the shopping is best. All over the islands are Beats by Dre speakers and headphones. They might be fake, as one retailer admitted, but they still have incredible sound so we got speakers for about 900 and headphones for 600. Ben, who hates to shop, and lives in board shorts actually was quite a shopper here. He got loads of really cool printed boardies from billabong, O’Neil, etc for about 300 baht (10 bucks) each as well as some tee shirts. The only thing I bought was a fake Longchamp bag that is holding up really well; I take it as a carry on here in India. Prices were cheaper here than anywhere else, but they didn’t have the handmade pieces or crochet that Koh Phi Phi had. A lot was straight from factories, knock-off’s, and unoriginal items. I actually see a lot of what’s sold in Thailand on the streets of India. But I am sort of still obsessed with my Beats speakers and headphones. Ben has since lost his (it’s bound to happen with all items he owns). 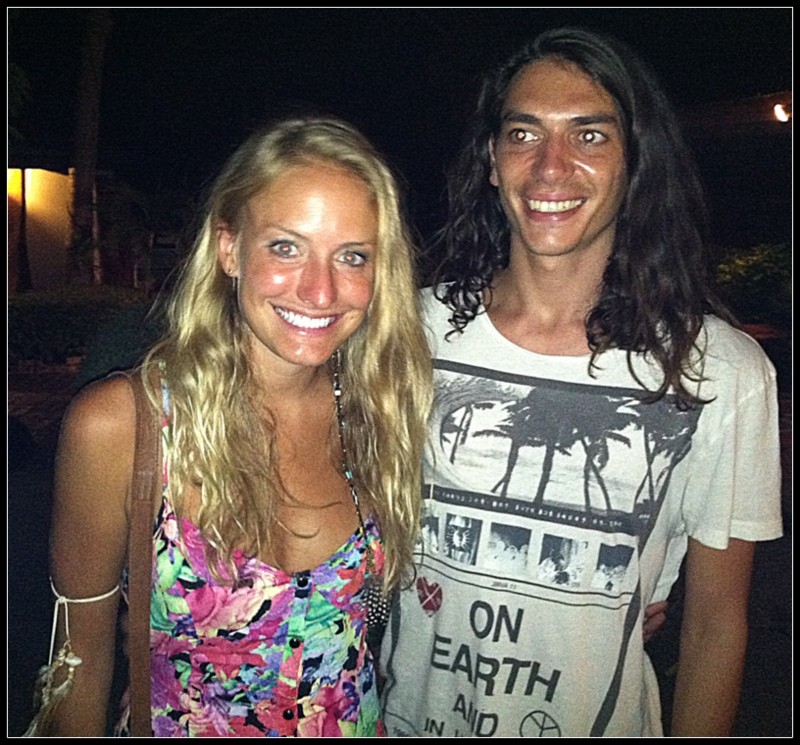 It is SO hard to wrap my head around the fact those are men! Male Christina Aguilera killin’ it! Seriously, don’t scroll past this video. You have to watch it to understand how amazing these shows are! PS now I have a YouTube account you can subscribe to- yay for more upcoming GoPro videos! 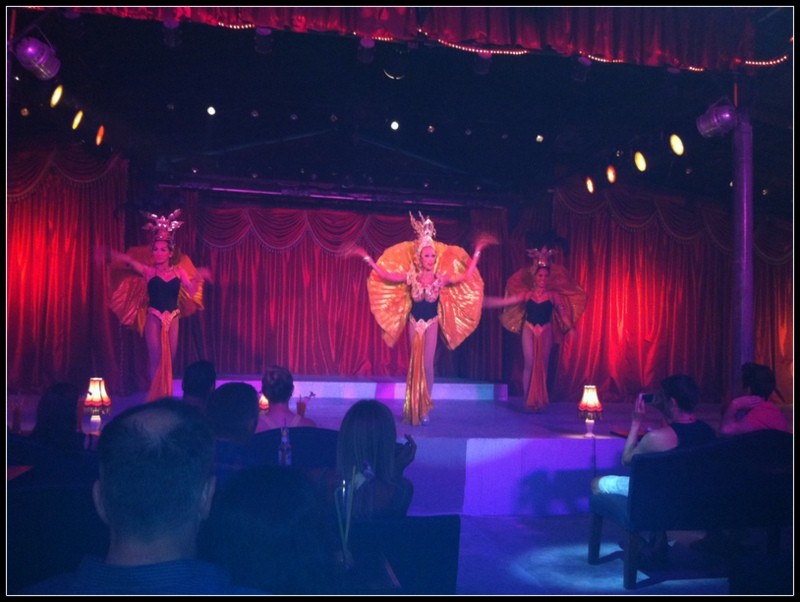 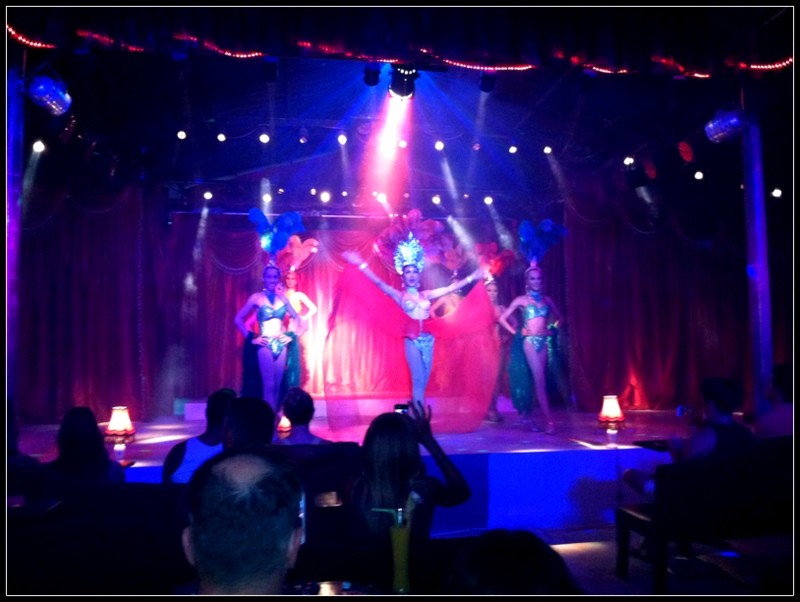 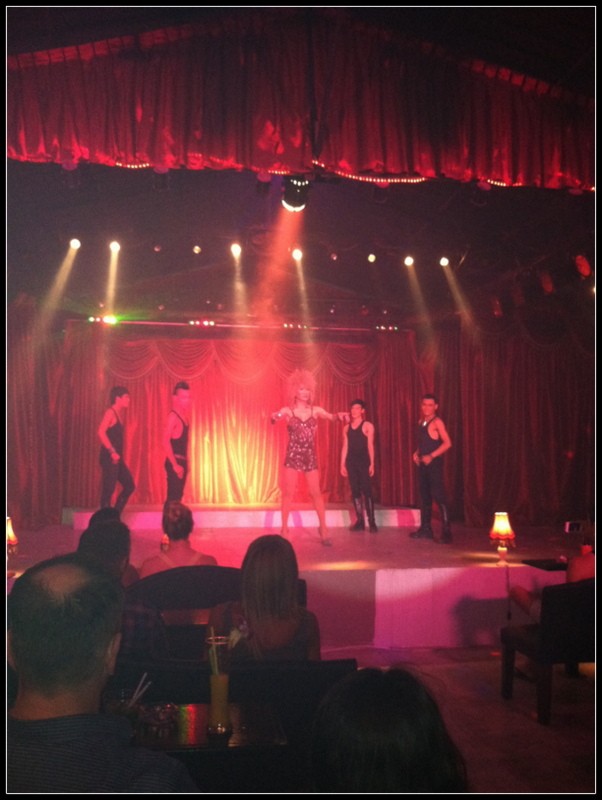 This was my favorite. It is suitable for guys and girls, old or young! It’s funny and not obscene like the ping pong shows in Bangkok. I would even advise my parents to see it. The lady-boys copied the likes of Tina Turner, Britney Spears, the Moulin Rouge girls, and did some traditional songs. It was the cost of one drink (200-300 baht), so technically the show was free, although the hope you tip at the end. There were many shows on Chaweng and they run over and over for about 30 minutes. 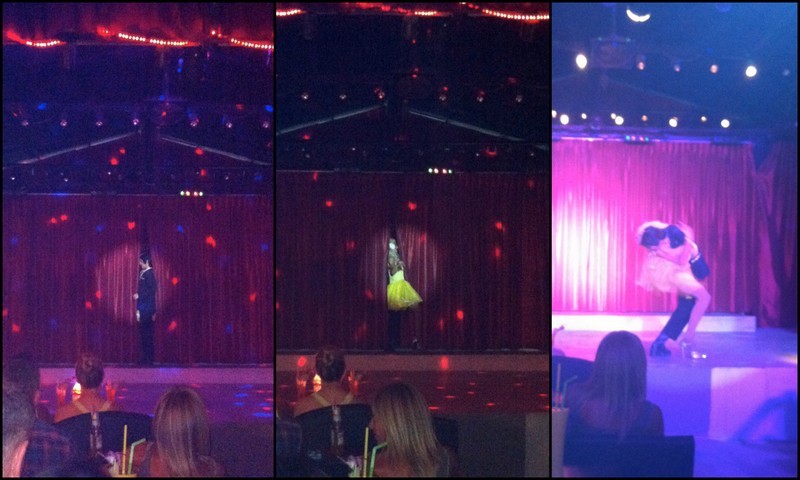 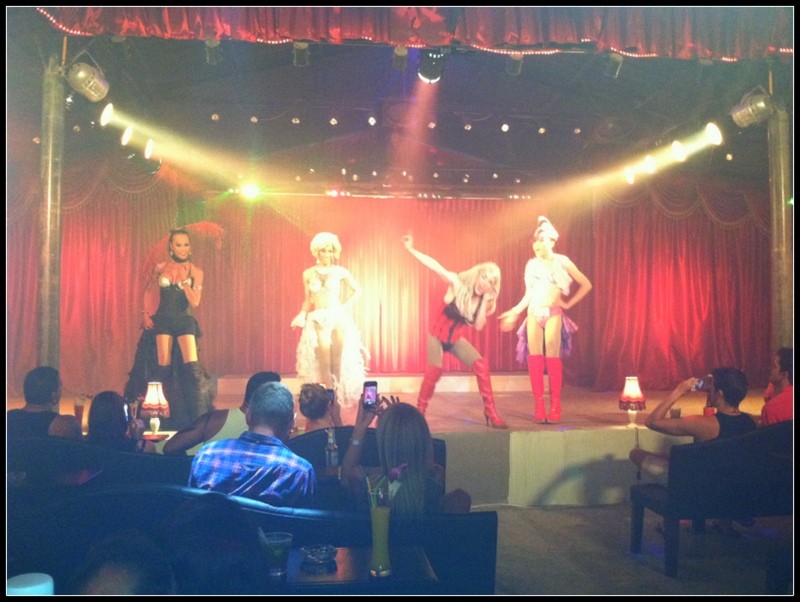 this was by far the best performance. the Christina was dead on!

Food was great and BBQ was everywhere.  We tried multiple BB places on the main road eating mostly ribs, prawns, corn on the cob, and salad. Each places serves almost the same dish with about the same price. Most full all you can eat platters go for 100 and it’s about 600 for a normal plate. Ben got the all you can eat, but it wasn’t necessary.

Don’t kill the American…. McDonalds. I’ve been in India nine months. Beef is usually water buffalo. I NEEDED a big mac. And hash browns. And chicken nuggets.  Also, Starbucks was right next-door. There are a few western restaurants on the island like those and Burger King, just look it up on google maps, but on the main strip Chaweng, you’ll see them all.

What else can you do on Koh Samui? 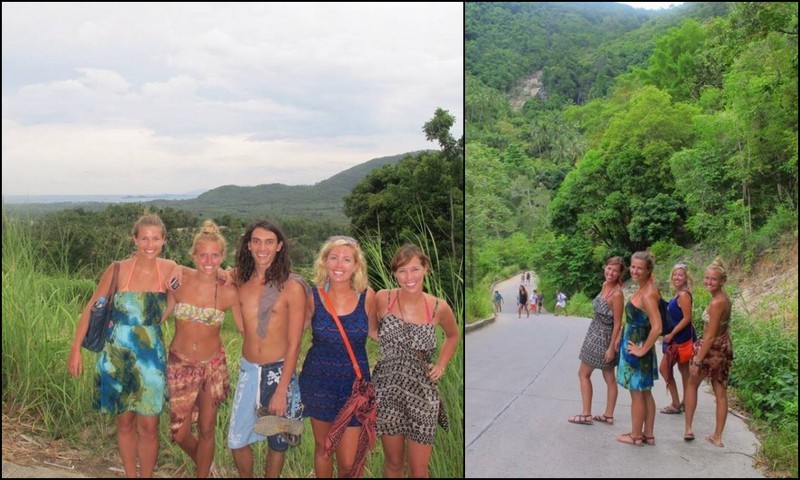 Hiking to Na Muang waterfalls (there are 2). We hired a car from our guesthouse for about 100 baht each person. Make sure you wear comfy shoes because it’s a lot of walking. Wear a swimsuit so you can jump in the natural pools! There is a “water park” at the top and restaurant that we didn’t bother to eat at. It’s definitely worth going here to see the waterfalls and elephants. 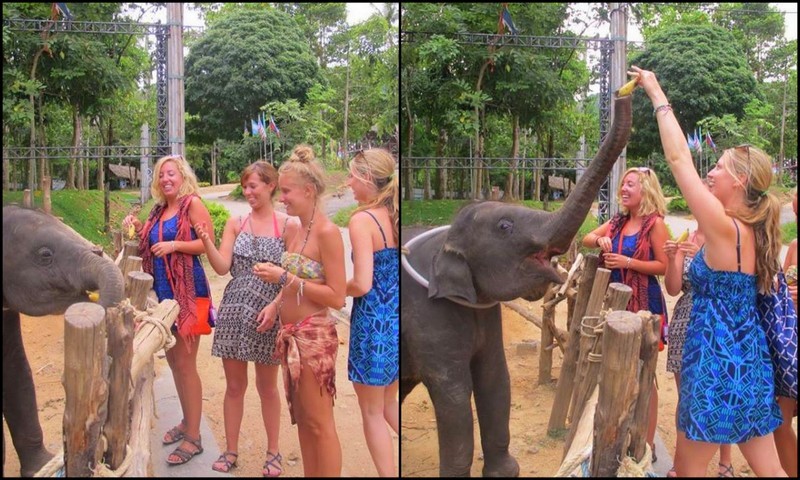 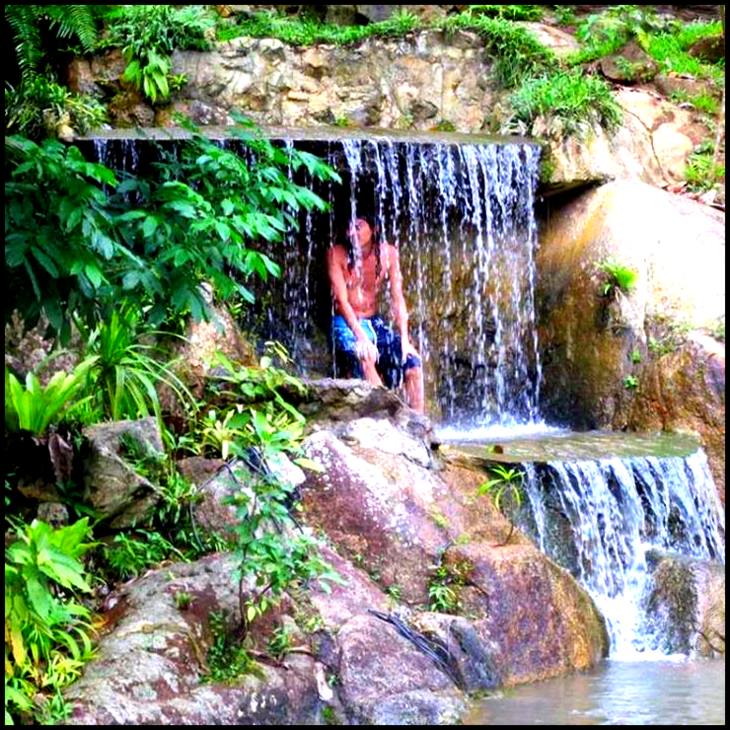 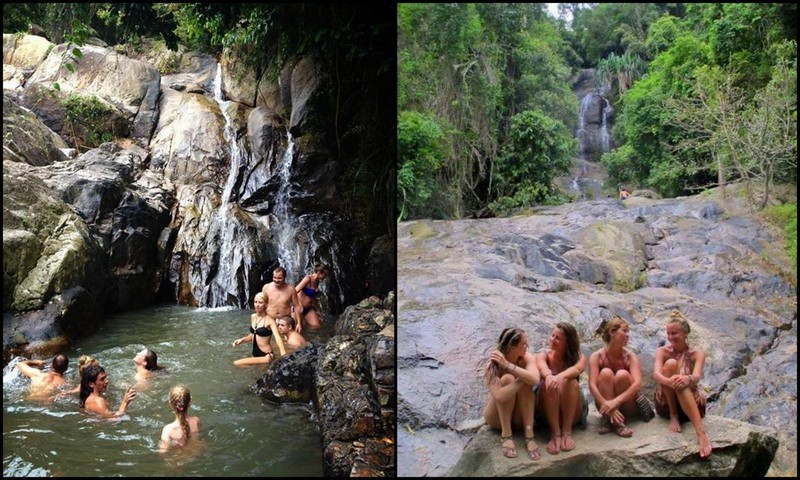 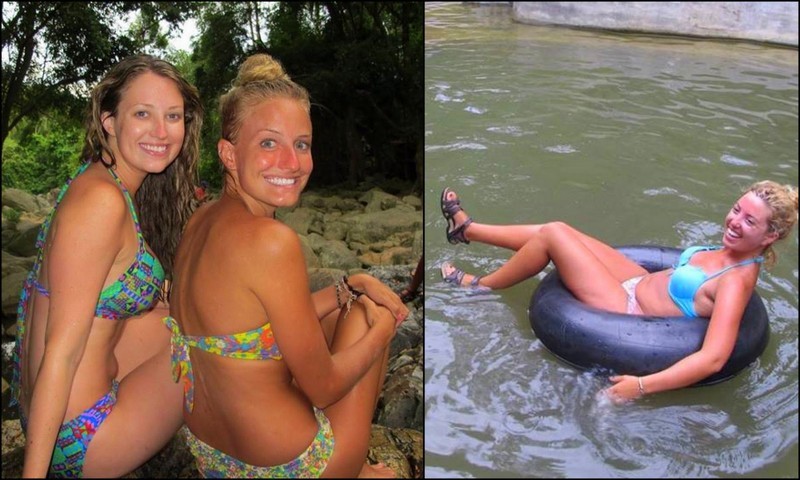 Riding bikes here was safer thanks to paved roads, so this would be a good place to rent. You’ll save loads of money on taxis. There are multiple restaurants near Na Muang waterfalls that you can eat at; all are quite pricey along the main road. 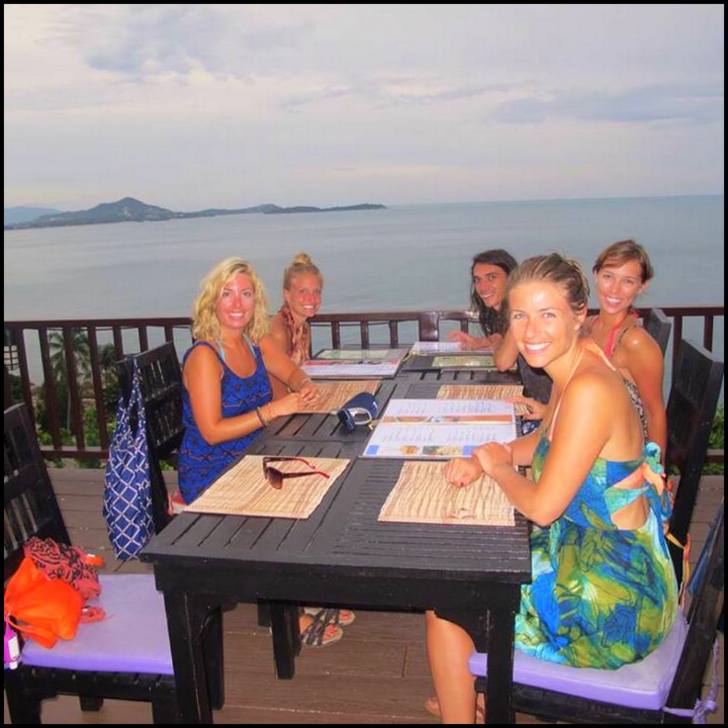 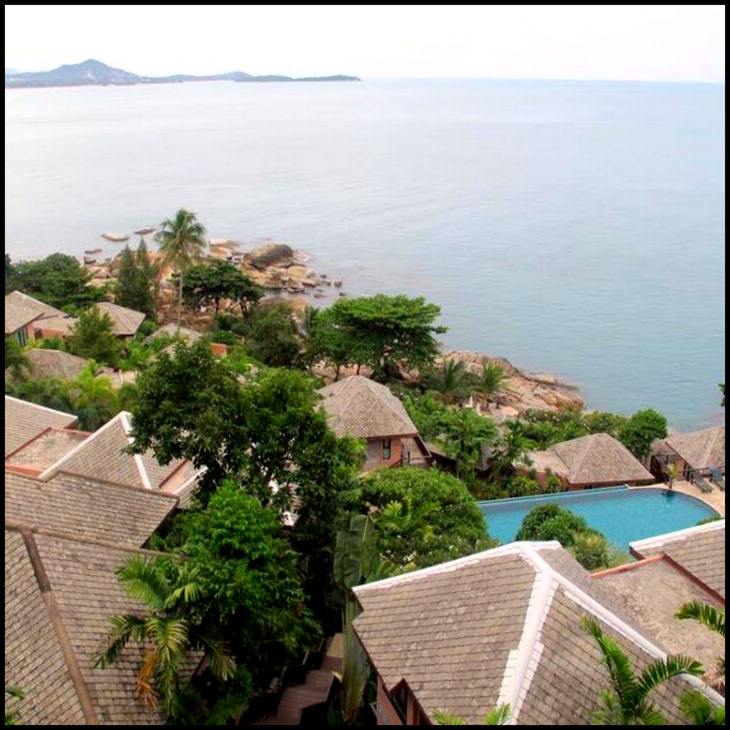 Some people hate Samui, probably because it is very different from the other islands. It’s larger, commercialized, and has more adults than raging teenagers. Regardless, I found it had a lot to offer, especially since I was headed back to India and wanted my western commercialized fix.