Should You See a Ping Pong Show in Bangkok?

Before, reading this post I want to make a note. I wrote this about 5 years ago, and my thoughts on seeing a ping pong show have changed quite a lot. At the time I went, it was in my head no different than seeing a stripper in Vegas (just something you do as a tourist). But, as I’ve grown up and learned I see that these could be a darker issue like sex trafficking. As travelers, we definitely learn as we go and other issues like riding elephants, for example, I didn’t know was a bad thing 6 years ago when I did that – but once I learned I made a point not to and to discourage people doing it as well. I truly don’t know if the people behind ping pong shows are being forced to do them (I assume now that some are) or if it’s a choice to make money (which I don’t judge!) but personally, I do feel uncomfortable about them with the unknown of *why* they are there and wouldn’t go again. I have been to the red light district in Amsterdam as well nearly 10 years ago and it’s another place that now I feel the same way about. I’m not going to delete this post as it does share the experience with you – and I know travelers have this on their “bucket list” but maybe seeing how it’s not that great will make you want to skip – or not, it’s always your choice as a traveler.

Bangkok’s nightlife is what you make it. It’s not a city OF brothels; it’s a city that HAS them. This is about my first time there, but I want to mention, when I went back I stayed in a very different area and had a relaxing and peaceful time of no partying because Bangkok is so much more. I was with two other American girls. They are party girls, and definitely very outgoing. 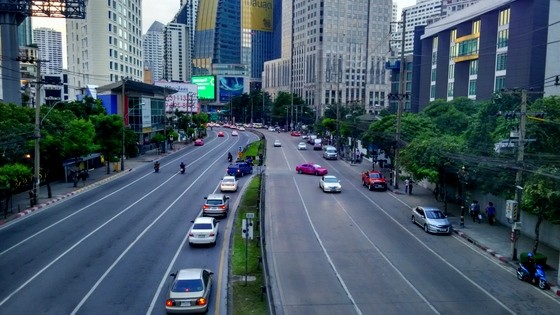 The trip had just started, Bangkok being first on the list, and we were ready to make some new friends. There were fun times drinking on Khaosan Road, inhaling laughing gas balloons, and sharing buckets with Australian DJ’s that wore silly hats and bragged about their skills. Then there was the night we set out to find a typical tourist “sex show”, and ended up seeing a ping pong show in Bangkok instead. 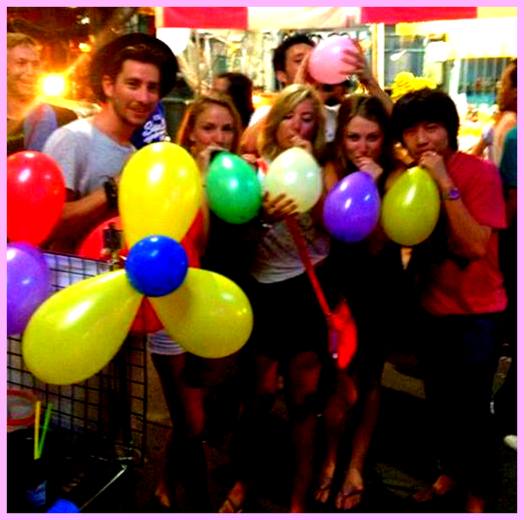 these were such a money waster!

We figured we couldn’t go to Thailand and not see what everyone’s talking about! I mean, Rihanna tweeted she saw birds come out of a women’s you-know-what, and got a club shut down in Phuket. These places were meant to be crazy and we wanted to be in the know.

So we got in the cab.

The driver clearly had heard this many times.  With no expression of shock, we were off to see whatever a sex show was. But, it was actually to a road with people holding signs everywhere that said “ping pong show”. We didn’t know what it meant but it’s what everyone was doing so we went in to the first one that aggressively talked us into the club.

What was offered? Two things: girls dancing (except actually just standing there) and what turned out to be a ping pong show. I wish I had known what a Ping-Pong show was so I could have skipped it…. Because it’s whack!

The area itself was a little bit sketchy yet full of tourists – the whole street. We were also already pretty drunk and didn’t need much talking into it by the guy holding the sign for the Thai ping pong show. Apparently the “sex shows” were all at 8 o clock show and we missed them. Turns out you have to go out early for these things- who would have thought.

You’ll see 18-year-old boys coming out of back rooms with smiles stretching all the way across their faces, even though the women who came out behind them could have been 60 years old.

Above some bars are brothels. Men can come down for a beer and take a girl up for a couple of hours, then repeat. It’s actually really gross. Other places in Bangkok, there are girls actually lined with numbers that men can look through glass and choose who they want – supposedly, but we didn’t see that. If you just wander through Phat Pong, you will see prostitutes, but I never saw anything dangerous.

People will really bother you to see a show saying it’s “free” as long as you buy one drink for 100 baht each person. We were warned that they would try to charge more. A lot of the “show” was 3 very tired looking women standing on stage giggling to each other.  So after seeing a woman use something other than her mouth to blow out 100 candles on a birthday cake, blowing horns to get our attention (again, not with her mouth) and other explicit things I unfortunately can’t un-see, we went up to pay our bill…I think 10 minutes was all we could bear to stay. It was truly an uncomfortable experience and there were some weird people in there watching.

I’ve seen a “ladyboy” burlesque show in Koh Samui, Thailand which was incredible – the people performing were insanely talented and it’s a true art, not something trashy. They were clearly happy to perform, making money from tips, and the crowd was cheering them on while they sang from Moulin Rouge, super high-quality Vegas-style. This was just the total opposite. 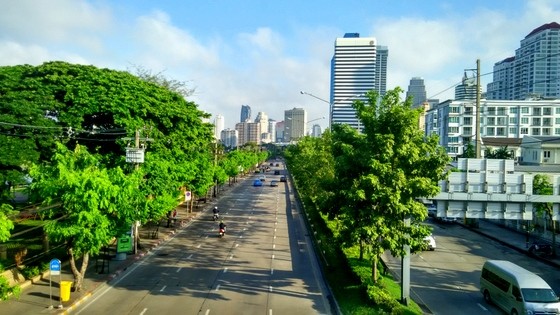 3,000 Baht instead of 300 was written on the check. Extra charges for each thing we “saw”. If I had come straight from the U.S. and never dealt with a scam I might’ve been nervous, but I did what I’m always advising on here in India: I made a scene, a nice little, not too over the top scene that made it clear we weren’t going to pay.

Basically, on the way to the door a very huge manly woman blocked the exit. I held out the 300 we were told to pay, I said “no… as if!… you’re crazy…” and all those types of things, and we pushed our way through. It wasn’t actually too dramatic or distressing.

People warn you that the rip-offs are really bad, and you’ll be forced to pay. Really though, it’s not a scary scam. They know they’re lying; they do it to everyone who comes in. Just laugh at them for trying and leave. They won’t follow you.  Don’t pay them the fake bill.

Bottom line: they are gross and not sexy at all so it’s quite shocking that it’s such a huge thing in Thailand- there must be hundreds of these things going on every night and it seems to be a huge reason for tourism to the city. They’ve actually been going on in SE Asia since the 70’s and famed travel writer Paul Theroux described a bar in 1973 Vientiane thus: “Your eyes get accustomed to the dark and you see the waitress is naked. Without warning she jumps on the chair, pokes a cigarette into her vagina and lights it, puffing it by contracting her uterine lungs.”

There were couples making out while watching, young boys getting dances, and old men salivating. Then there were the groups of tourists with their eyes peeled open and their jaws on the floor in an uncomfortable disbelief.

Instead of a ping pong show, I recommend you see a burlesque show in Thailand. They are incredible- you can check out a video I took at one with that link. 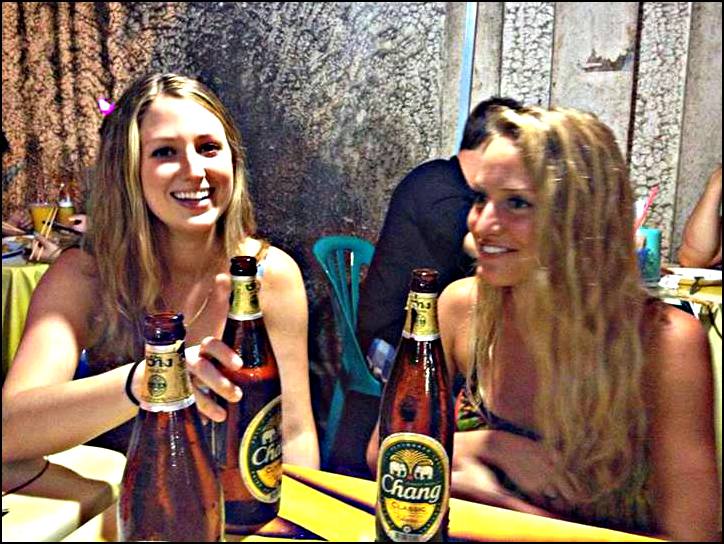 If you’re headed to Bangkok, I’ve written a few articles about my time there. I’ve been a few times and explored, although don’t know the city perfectly these will help first-time visitors!

And if you’re planning on visiting the rest of Thailand, here are some more of my Thai guides:

If you choose to go airbnb option which has so many rooms in Bangkok, I have a discount code you can use! Just follow this link and get $40 off your booking.