Nightlife is the best part of Singapore. It’s a pretty bold statement since most people would say food, but I was a little disappointed by the food. The nightlife I’m used to in Goa is literally on the other side of the spectrum in comparison to Singapore. In Goa I drink beer that’s a dollar while rocking back and forth like a zombie to trance music wondering, “but really… I don’t get this music…” (Ben thinks it was invented by those who can’t dance”. For the first time in a YEAR, I went to a club, and danced to RIHANNA! It was necessary for my mental well-being. Yes, it was a little expensive, but a girl needs a dose of the western world every once and a while.

While planning a night out at Teso in Goa, I said “I don’t know which heels to wear” and my friend squealed laughing, “OMG, no one wears heels to Teso!” Noted Priyanka and Nami.

The whole “Hippie in Heels” thing was getting very “Hippie Only” in Goa- so much so, that one night I found myself barefoot carrying my heels like I did only at 18. I needed Singapore’s nightlife!

I have shared some of the best places to get wasted on a backpacker’s budget. Most of the cool clubs and bars are mentioned on over on that post, but for those of you who would rather go BIG, here is my guide to a fabulous night out in Singapore (backpackers beware: this is super not on budget like my tagline implies)!

Bars and Clubs of Singapore:

A great place to start and have a laid-back dinner before partaking in the luxury nightlife of Singapore would be Robertson Quay or Clark Quay. It seemed pretty chill and there are a lot of restaurants and bars in that area to choose from most of which I mention in my budget post on Singapore’s nightlife where I list their daily specials. Some of the ones I included are Insomnia, Crazy Elephant, and China One where we had a lot of fun. Without specials, these are no longer budget options. One of the most famous clubs in Clarke Quay is Attica, also known as “sluttica” to locals. I’ve been told if you’re looking to get laid, this is the place to be! Men out there reading this are writing that down, I’m sure. 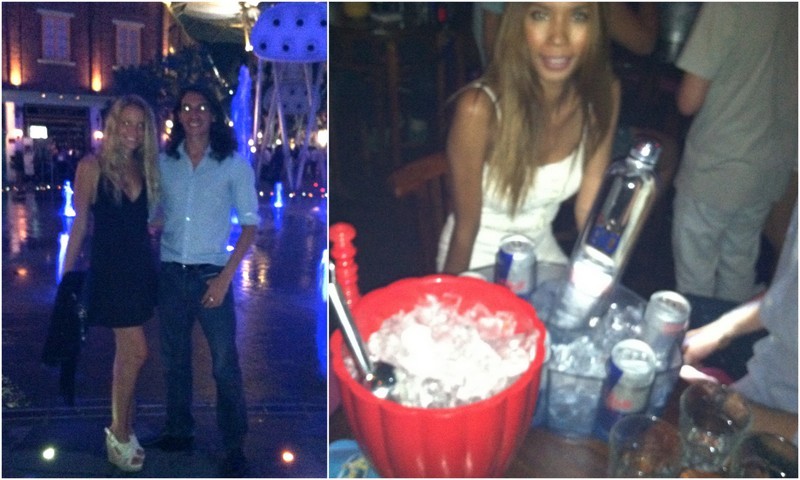 at China One a bottle of vodka will set you back 200 bucks, but is cheaper than cover charges/drinks as a group 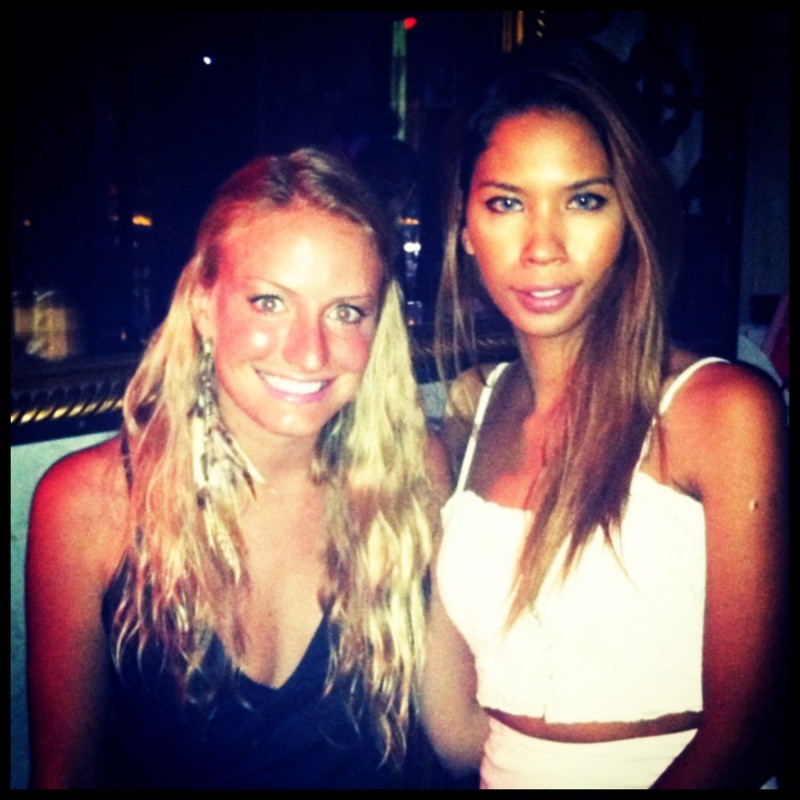 If you want a more lavish dinner, go to one of the five star hotels in the Marina Bay or the Financial district. We didn’t eat here, we just had drinks. We went big… but not that big. Some of the best food will be at The Lantern at the top of the Fullerton Bay Hotel or Clifford at the bottom *it looked extra swanky*, Summer Pavilion, The Courtyard, New Asia Bar (which I’ll talk more about below), or Sky on 57 right on top on Marina Bay Sands.

One of the oldest clubs in Singapore is Zouk. It wins countless awards for “Best Nightlife Experience” and is actually three interconnected clubs: Zouk (main dancefloor), Velvet Underground (house and soul), and Phuture (hip hop and R&B). This is more of a younger scene that was recommended to be skipped because I guess I’m an old fart now.

To mix it up you could try Kyo, Cigar Bar for the guys in China Town or Pangaea Wine Bar, which has loud music and is a little cliquey, but is ranked best of luxury nightlife in Singapore on many websites. I was surprised how many men were smoking giant cigars, but was not surprised that everyone smoked cigarettes there.

Now on to the Impressive Elegant Bars…

If you only have a couple nights out in Singapore, you need to make time to see the laser show that comes from Marina Bay Sands. The best place to watch is across the bay at The Lantern in the Fullerton Bay Hotel, or another rooftop hotel on that side. 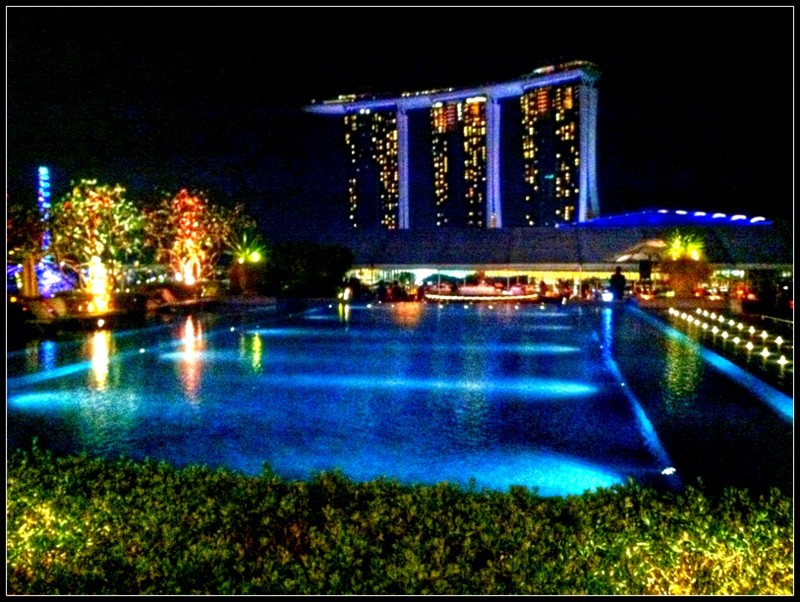 View from the lantern, the perfect place to watch the laser show

When the light show is over and you finish your 20-dollar drinks, you can walk across to Marina Bay Sands (which houses Marina Bay Mall) and go up to the rooftop (your ears will pop on the elevator and you’ll probably share it with some old rich Singaporean women leaving the hotel spa in robes). If you aren’t a hotel guest you can either pay a fee or hop on the elevator with someone who has a card. The rooftop bar is called KU DE TA and is maybe the most well known bar in the world! The structure is “space ship” but looks like a boat going across 3 tall buildings. There is an infinity swimming pool on top that only guests have access to. This is a great view and a glass of wine is about 25-30 dollars. 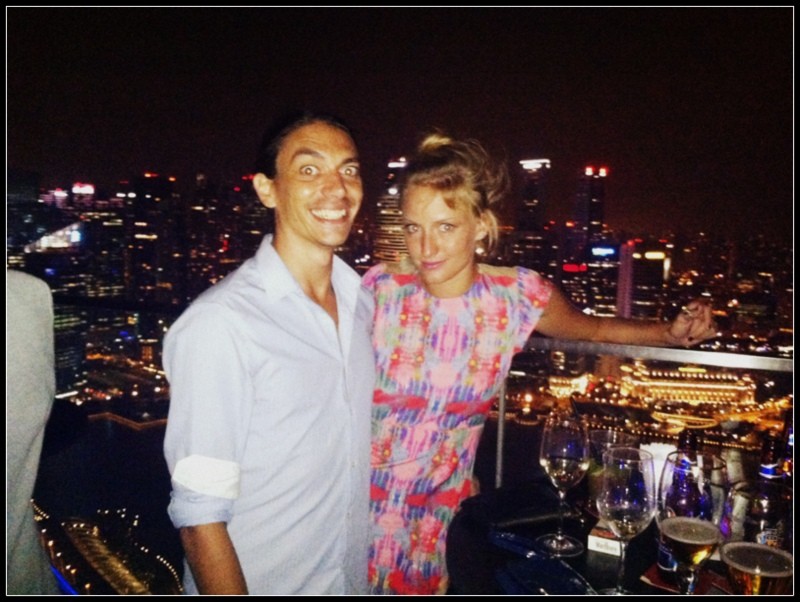 okay just ignore my hair, I blame the mixture of wind & humidity.

A couple other fancy-shmancy bars to check out are Avalon at Marina Bay and New Asia Bar in Swissotel The Stamford. The last Thursday of every month, the rooftop helipad is opened up for a party… but be careful- they don’t put up railings! That’s heli-scary. Get it? Hella scary, heli pad…