You’ll Love These Off the Beaten Path Beaches in Mexico

Before I tell you about these secret spots I want to share what else Hippie in Heels has been up to in the blogging world. I wrote a guest post for Agnes at eTramping on how to do Anjuna, Goa in under 25 dollars a day, one of her very popular budget series. Check it out for tips on where to eat, drink, and to see photos of colorful India.

I also did an interview for Beth over at Besudesu Abroad. You can check out my interview in her Travel Tuesday series to learn more about how I ended up living in India, how I afford it, how I came to start Hippie in Heels, and what’s next in 2014.

Lastly, but most excitingly, Jo from Dirty Paws travel bog, listed me on her list of 8 blogs she read every day. Others on the list are some of my blogging idols like Ashley Abroad and Alex in Wanderland, so I was thrilled when I saw this list. I shared some of my other blogs, including Jo, that I love to read in my What is Bloglovin’ post last week.

Back to Mexico… secret beaches… and baby turtles

After 23 years of living just a border crossing away from Mexico, I finally went. You’d expect someone to go to Cabo or Puerto Vallarta his or her first time. I flew into Puerto Vallarta and the only glimpse I saw of the town was waiting in a bar for Ben (who was late, as always). The plan was to leave PV as soon as he got there and go off the beaten path to two beaches on the west coast of Mexico.

This was a month after Ben and I had met in India. He was still living in India and I was living in Seattle. We decided to meet in Mexico, after all- I was planning to move to India a couple month from then. By the time we met up, I was pretty drunk… what do you expect? We met at a bar in India, and now in Mexico. It was becoming a theme. Luckily, Ben’s also senseless and was completely fine with me being tipsy. He had already been in Mexico a couple weeks. He was even browner than his tropical India tan, his body looked thinner, and his hair was longer. I almost didn’t recognize him with my beer goggles on. 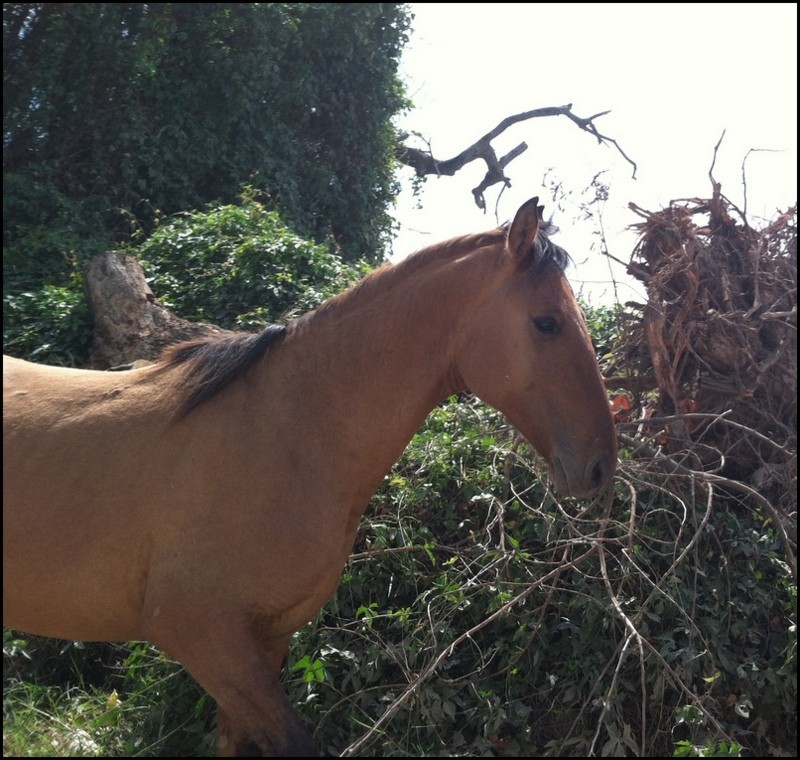 After our not-so-romantic reunion in PV, we raced down the highway until it was just bumpy dirt roads, the kick-ass Jeep covered in a layer of dust and ended the journey in a little beach “town” with real cowboys, wild horses, tarantulas, and a bay of whales.

Off the Beaten Path Beaches in Mexico 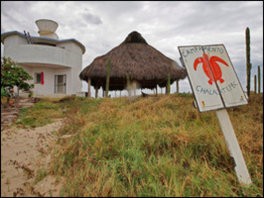 Just under a two-hour drive south, we ended up in Chalacatepec, Jalisco, Mexico. This is a COMEPLTELY non-developed, pristine beach. There are a couple small fisherman huts and boats, as well as a biology building for turtles. Ben is a science and environment lover so we made it a priority to see this beach.

It won’t stay this way for long as an airport is scheduled to be built and if you search enough online you will see a forum about it being the “Next Cancun”, but I have also heard that the natural beauty and way life will not be affected. It’s rare to go to an undeveloped beach, as well as place with zero tourists so I feel seriously blessed to have seen such an untouched place. 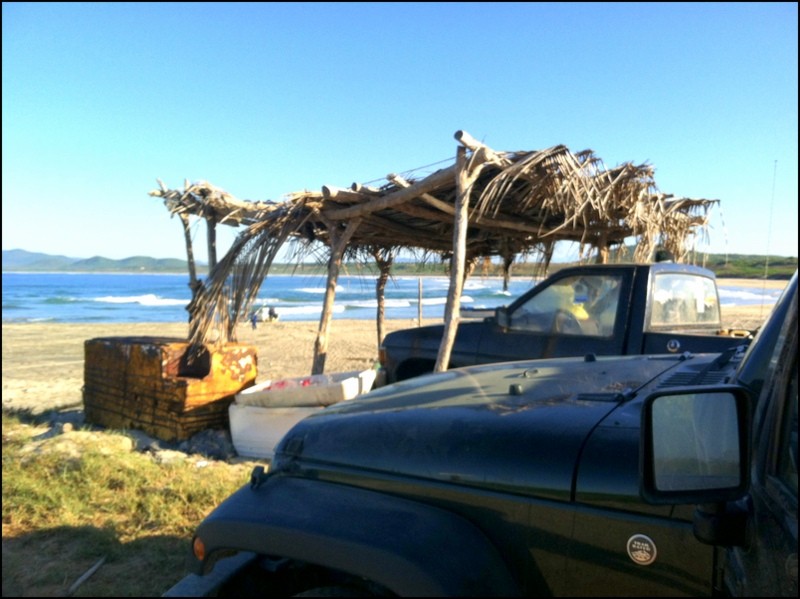 We spent some time out on a tiny fisherman’s boat while a whale 10 times the size of the boat surfaced around us (on Ben’s birthday no less). Although I was there less than a week, Ben spent over a month near this paradise cooking and eating fish with the locals and meeting their children. If only he were the photo taking type I could share some of that with you! 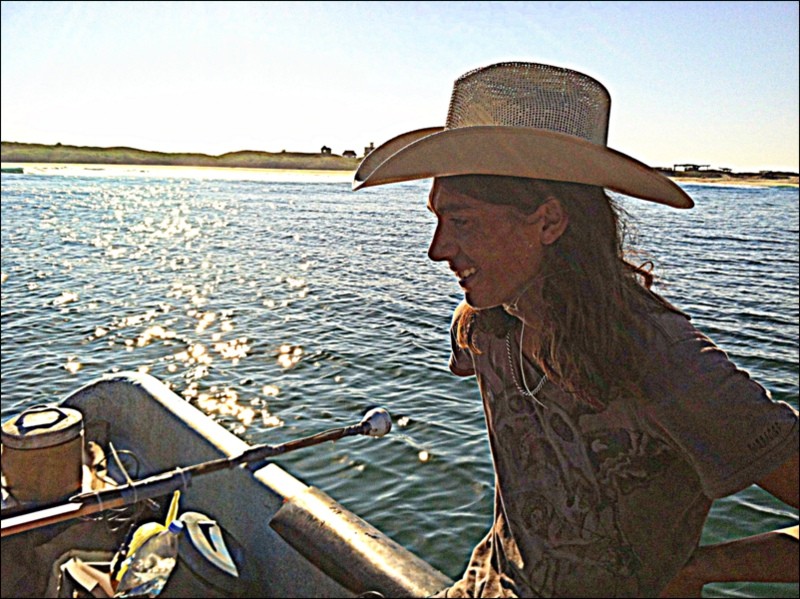 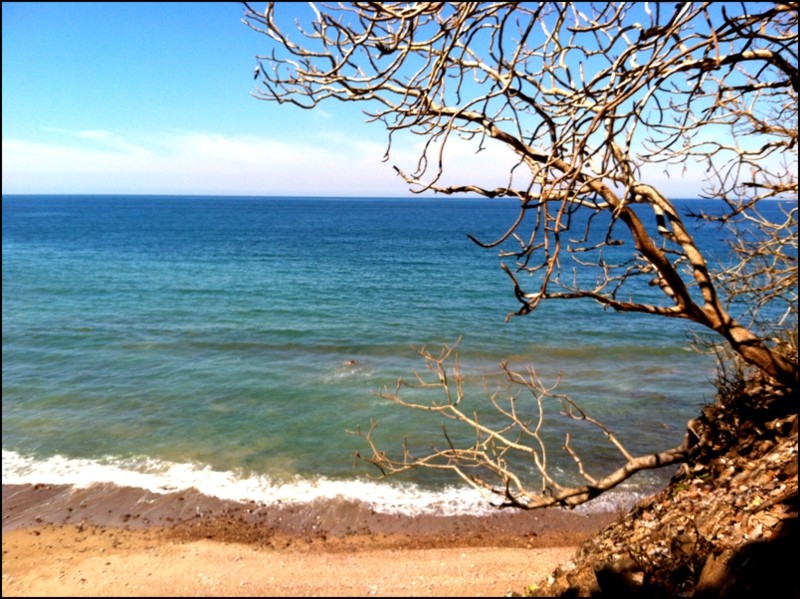 You can put up tent with the fisherman, near the turtle reservation, or you can head to the nearby town, Punta Perula, to a small hotel for the night. We chose the hotel… for me it was mainly because I like to shower. But another very serious reason is safety. And food. Food is literally the most important thing in the world to me. Especially Mexican. 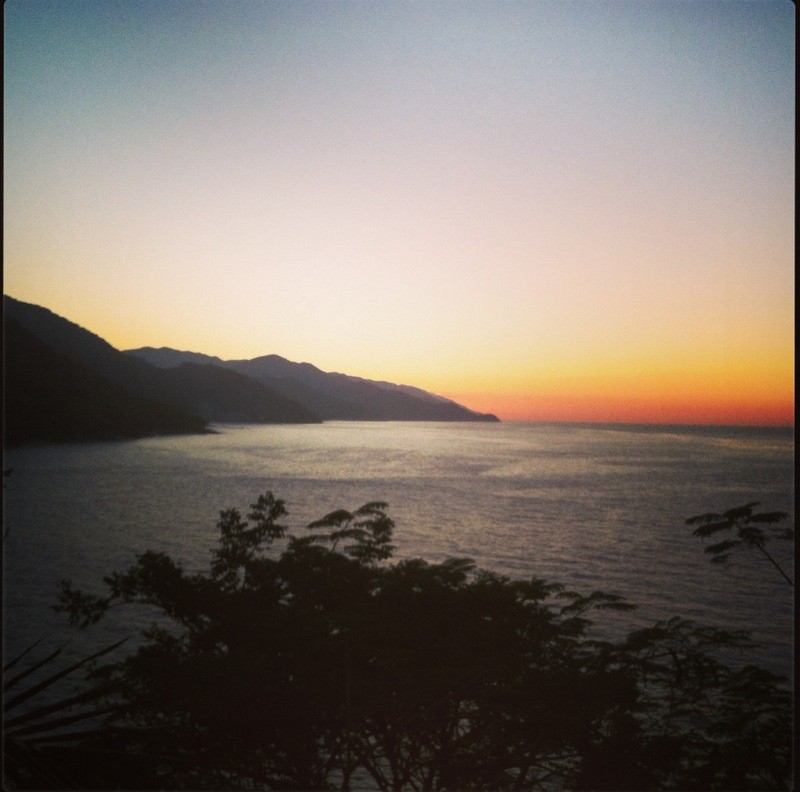 2. Next Up: Punta Perula 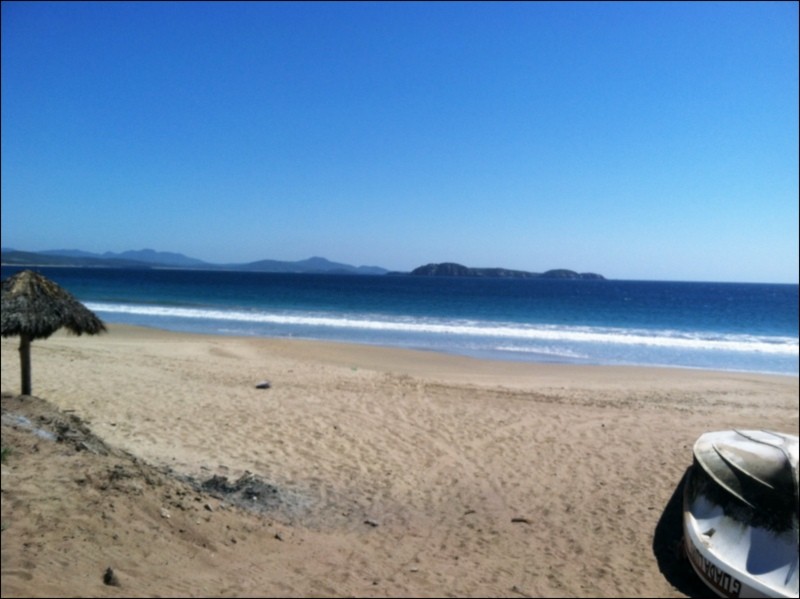 Punta Perula itself is a cool little town. We had originally thought about going back to Puerto Vallarta, but liked Punta Perula enough, so we stayed four days before heading to Sayulita.

It’s a “surfer’s town” and Ben became friends with the dive shop/jazz bar owner of Scuba Jazz Café . He has delicious food and is a casual place to hang out for dinner. 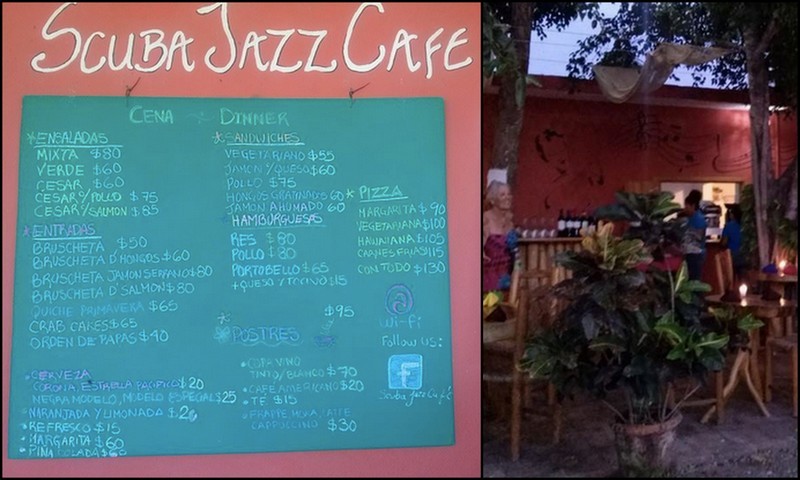 Where to stay: Estancia Dolhins (ranked 1 of 1 on tripadvisor). Was it the best? Nope. Was it the only option? Yep!

Plus, there was a pool. 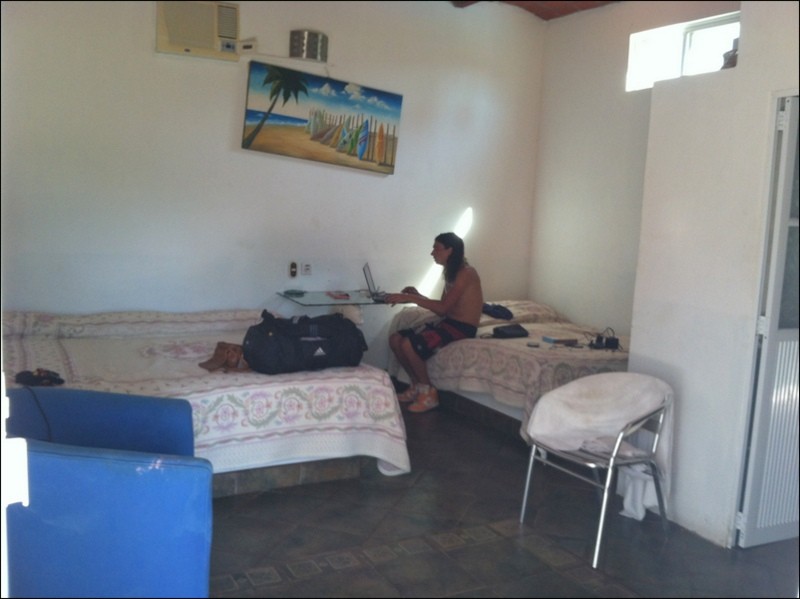 Not only did I consider the safety of us against thieves or drug traffickers (Tomatlan just 20 km north, has troubling high rates of drug trafficking and child prostitution), but also against wildlife in the water and on shore. About 15 km south, while we ate dinner, a truck pulled up full of armed military that jumped out and arrested some local men right in front of us. We didn’t see other tourists in this area. 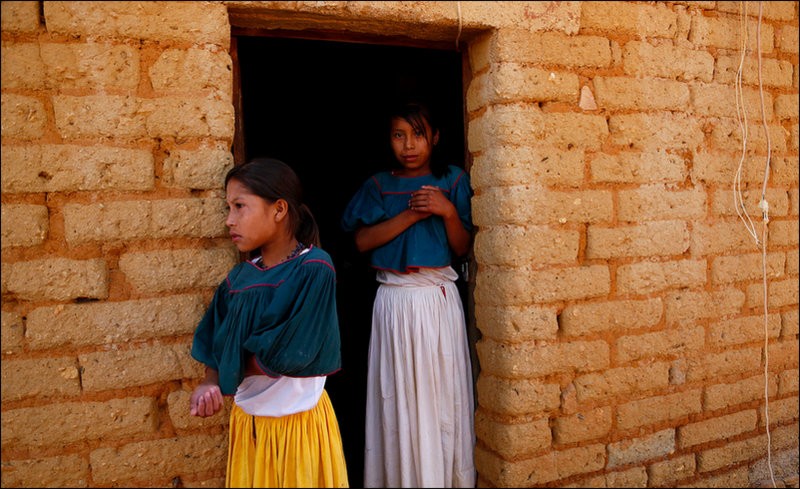 Jalisco is one of the poorest states in Mexico. photo credit flickr

Punta Perula is in the state of Jalisco, which has an advisory now from the US State Deparment:

“The security situation along the Michoacán and Zacatecas borders continues to be unstable and gun battles between criminal groups and authorities occur. Concerns include roadblocks placed by individuals posing as police or military personnel and recent gun battles between rival TCOs involving automatic weapons.” 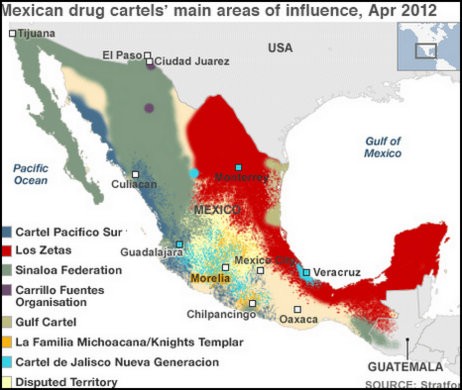 the yellow and blue is the area I’m discussing. photo credit via flickr

Because Ben was spending a significant amount of time with the fisherman and local divers just south where we slept, he came to find out there have been bull sharks, yellow poisonous snakes, and my most feared opponent: salt water crocodiles in the Chalacatepec Bay. If you look on the map you’ll see this cove has a freshwater mouth- the perfect place for crocs. The saltwater crocodiles swim directly across this bay to the other side, for all we know, right under the boat. 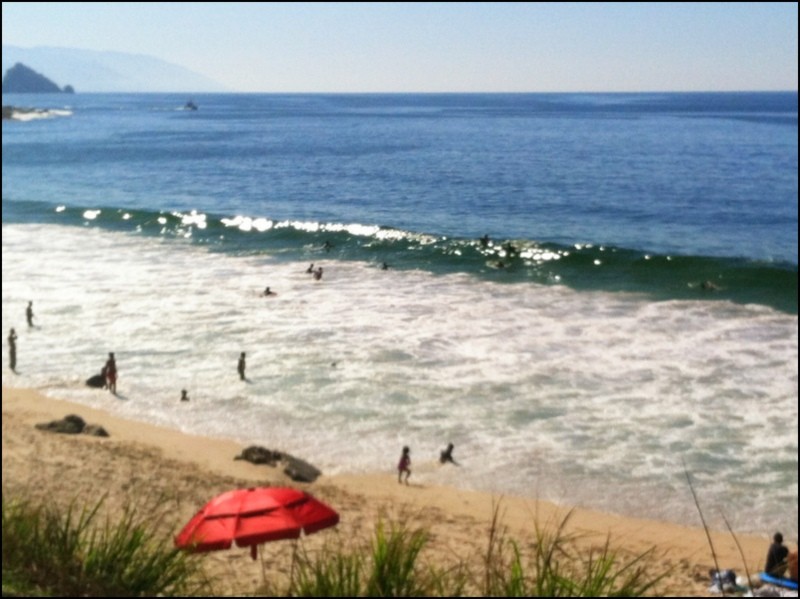 I had recently read about a saltwater crocodile attack while snorkeling in the Andaman Islands off India. Ever since I have put my fear of sharks on the backburner while swimming in the ocean, and these up to 8 ton, 20 foot-long crocs have taken precedence. You never know if there is a reservation or lagoon nearby with some prehistoric looking monsters hanging out. Luckily, someone made an amendment to the Wikipedia page on the Andaman Islands warning tourists of the nearby Saltwater Crocodile reservation and statistics of deaths by attack.

Getting out of Sayulita and PV

If you’re stationed in Puerto Vallarta or just north in Sayulita (which is such a charming town), then rent a car and make the drive down to the biology center to see the baby turtles and experience a place that will soon be more of a resort than a secret hideaway . Renting a car is easy in Mexico as long as you show your license and are of age. Although, it isn’t cheap at about 75 dollars a day. You can drive down the main highway South and follow signs to both towns.

Developers say they are going to keep the area “eco-friendly” and continue to save the turtles. There’s nothing I love more that staying in towns that are still off the tourist radar (other than Mexican food), but since Chalacatepec Beach isn’t going to be empty for long, you guys should get a glimpse before it’s gone and take a couple days to camp there or stay in Punta Perula.