Before you read this and think that I burn flags in my spare time I want to express that I love America! Ok with that being said, there are a lot of negatives (and some positives) to being an American when I’m traveling. As a tourist, it’s your responsibility to break the negative stereotypes of American travelers.

Scroll to the bottom to skip my ramblings and see my tips on breaking stereotypes by not seeming like an idiot abroad.

When I first went overseas, having just turned 20, I was shocked by the anti-American graffiti and drawings of President Bush’s head on fire. I come from the Midwest, was raised by Republican parents, and have been shooting guns since I was a kid. I don’t consider myself any political party. I wasn’t aware that when we went to war after 9/11, other countries started to hate us… more. I’ve been told Americans only care about their own country, are uneducated about the world and their own country. Because of that, and because statistically we don’t travel as much, we are looked down on abroad.

For some reason, maybe because major wars didn’t take place on our soil, European travelers are more knowledgeable about the past (and we all know you need to understand the past so you don’t make the same mistakes in the future). I took extra history classes and considered it my favorite subject growing up, yet I knew so little compared to the people I meet. Why is that? Because our studies are focused on America (we didn’t learn as much about the devastation we caused dropping bombs or other naughty things we’ve done) When people talk about recent events, for example, invading Syria, they only care about the U.S. involvement; they may not even know what happened initially in Syria to get to that point, or even who the leaders are in Syria.

Chatting over dinner in Pushkar you might find backpackers talking about the mass amount of rapes in India, monks causing chaos in Burma, religious wars in Africa, or women getting acid thrown on them in the middle east. Maybe the reason is because everyone is from somewhere different, everyone is traveling the world and seeing these things first hand. What you’ll find is other than drinking, world affairs are what traverlers have in common. In the U.S. over dinner, talk would be about the last Breaking Bad, your job, if you like the president or not, and other very normal things.

Backpackers are an odd bunch for sure, but most are really in tune with what is going on around them. In general, in the U.S. when people talk about politics it’s about money, taxes (boring), political and civil rights, and healthcare. Abroad, it’s obviously a lot less self centered, people are talking about the whole world’s involvement in all the many wars and tragedies that are happening right now. It’s not whether gay people can get married; it’s whether or not they can be killed on the spot, like in Uganda, where they had a “wanted dead homosexuals” ad in the local newspaper, complete with photos of the accused. 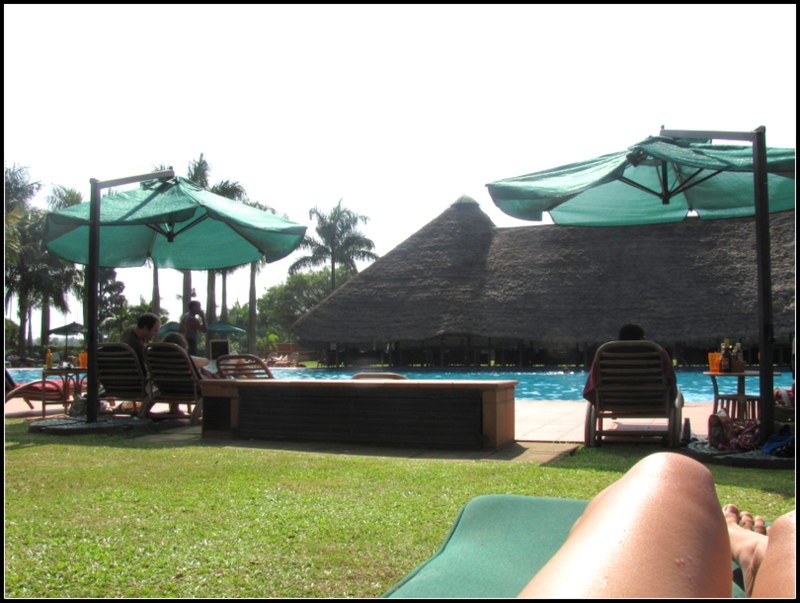 One of the many places America’s state department warned me not to go… once Idi Amin swam laps here?

Many travelers from other countries, and Americans, are liberals and will not so subtly frown upon someone admitting to being a Republican. Tip: no matter your party, just keep it to yourself unless you can have a seriously informed conversation because some people can be very intense.

Traveling has taught me so much about the world, both past and present. Walking tours with a great guide through major European cities affected by war can really allow you to understand what happened. Seeing places that are recovering from a recent terrorist attack like Kampala puts things into perspective. Living in a state in India with multiple active mafias, police corruption, and a lack of equality between sexes, not to mention the fact homosexuality is yet to be accepted, forces me to learn. I think I know more about general world affairs than I do the workings of the American Government… and I’m okay with that.

I didn’t take long to find out people actually hated our country. Even Americans I met were anti-America. I was stunned. Other travelers look at me like “wow, I never see Americans this far from home”. There is a joke someone told me on a train: “what’s it called when you speak 3 languages? Trilingual. 2 languages? Bilingual. 1 language? American.

Even now, I rarely meet an American in India and when I do I’m surprised how many act ashamed to be American and claim to “hate America”. I find that sooo irritating. I love America. I love my home. Unfortunately, Americans have a bum rap and travelers should help to change that. For some reason, they also think we are all really fat and loud. How rude!

We, as Americans, are lucky in so many ways.

I love the freedom we have, the fact that I can speak English and be understood in so many countries, and that my American status lets me get visas to enter most countries with ease. But, then there was the time in Sarajevo when a tour guide was rude to me for “Bill Clinton ignoring the genocide” against their people. I was there to learn, see the destruction first hand, and to donate, but it didn’t stop this man’s judgement. 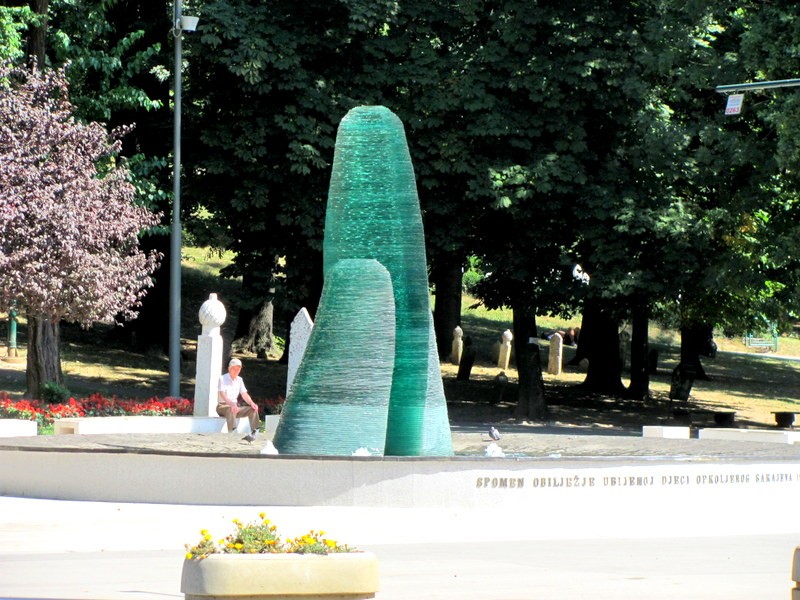 Can you imagine.. the seige in Sarajevo lasted 4 years, ending in 1996, about 8 people died a day, 40% of children admit to being shot at.. and 89% of the city were living in underground shelters. This statue is a memorial for the children who died.

The owner of a guesthouse in Dharamsala had left Kashmir looking for work. He told me he would like me to marry him and take him to America, the land of opportunity. We watched the news report that Obama was president again and he cheered and gave me a free beer. He said I was lucky to be American…

…Then he told me he would take me home just outside Kashmir but maybe not then as maybe it’s not safe enough for an American. *sigh

Other travelers want to talk about the U.S. all the time it seems: “Is smoking weed legal where you’re from? Do you have a gun? Doesn’t your healthcare suck? Are people really still racist? Do gay people get married where you’re from? Why is everyone fat? Who’d you vote for?” Not to be the typical American, but other countries DO follow American politics a lot more than Americans follow others. Do you know the Prime Minister in Canada? Can you actually even be sure that Canada has a Prime Minister and not a President?

Many people here in India will say “America!” (After guessing Russian…), and then they’ll say “Obama!” as I walk by. These are people that don’t even speak much English, yet they know America’s president.

You do have to be careful when you discuss politics especially over beer because some people have very strong feelings about America “poking it’s nose where we don’t belong” It’s best to just stay away from these conversations.

Americans are stereotyped as only knowledgeable about the U.S. You don’t want to be the American girl on the plane flying into Bombay, looking over the slums with blue tarps as roofs, who said “OMG, look at all those swimming pools!” Eek. True story.

Here are my tips to not seeming like an idiot:

now, my rant is over! hopefully this sunset from India will make you smile 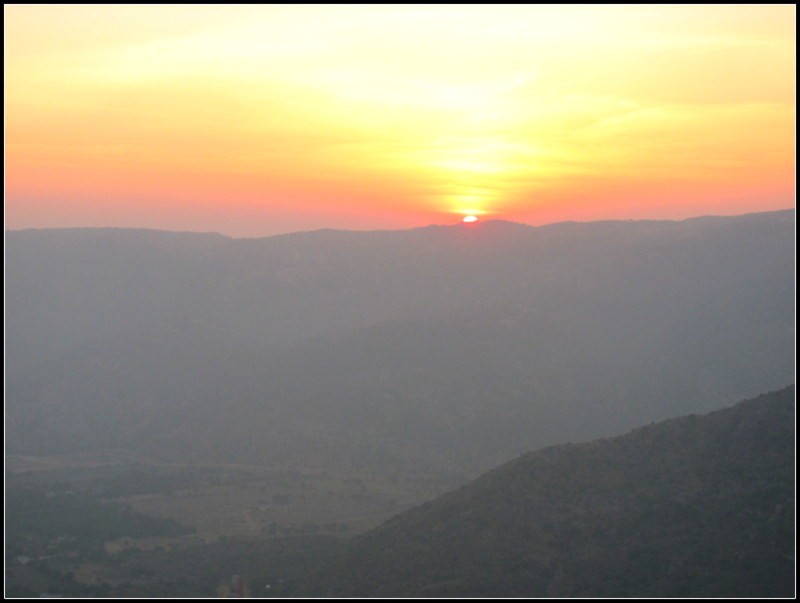