For the first 2.5 years of this blog, every single photo I took on all my trips around the world was with a phone (except old photos from my backpacking days in Europe). I hadn’t considered until recently the idea of switching from a camera phone to a camera.

I had a little point and shoot camera in 2009 which I took to Europe. Once I got an iPhone in 2010, I stopped taking the camera traveling with me. I got used to taking photos on my phone and then I felt satisfied with those images.

When I came to India in 2013, I got an MI phone (review here). I love my phone and still have it, although a newer version. I really thought the image clarity was top-notch.

This summer, I decided I wanted to be more professional. I felt weird going on press trips or reviewing hotels and whipping out my phone for a photo in front of their PR people or general manager. I had two things I wanted to change before 2017 hit and that was one, redesign my blog and, two, get a mirrorless camera.

Switching from a camera phone to a camera

Once I started using the camera, the difference was insane. I’m sharing photos from the new camera in this post. 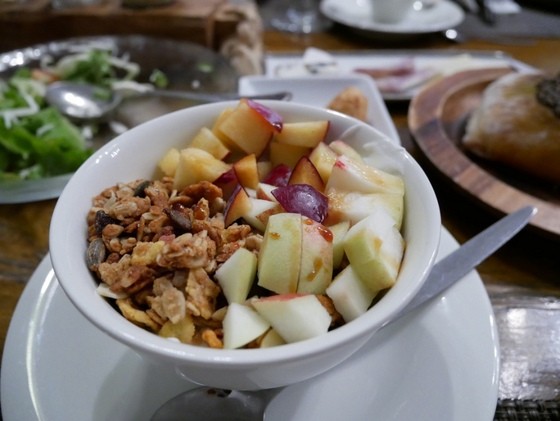 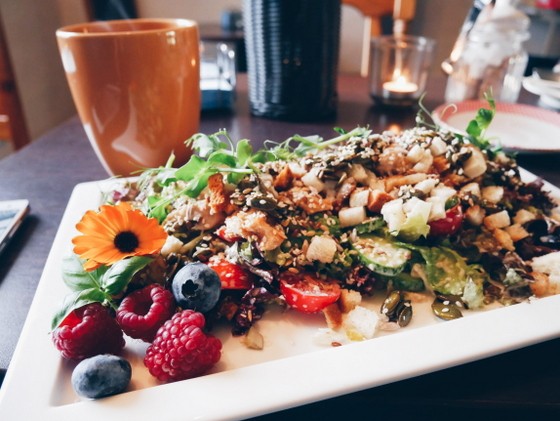 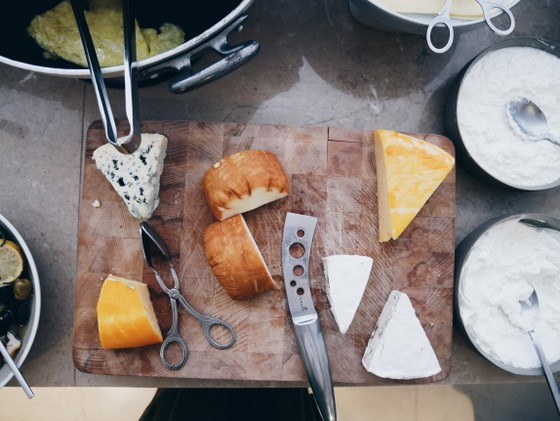 All I can compare it to is when I was in second grade and didn’t realize I couldn’t see well until I got glasses. On the car ride home, I looked out the window at the telephone poles and wires and was in awe of every little detail I could see.

When I saw the images on the camera and uploaded them to my computer, it was such a huge difference. I think people noticed the difference when I took the camera to Israel and Morocco, the first trips I did with my new camera. 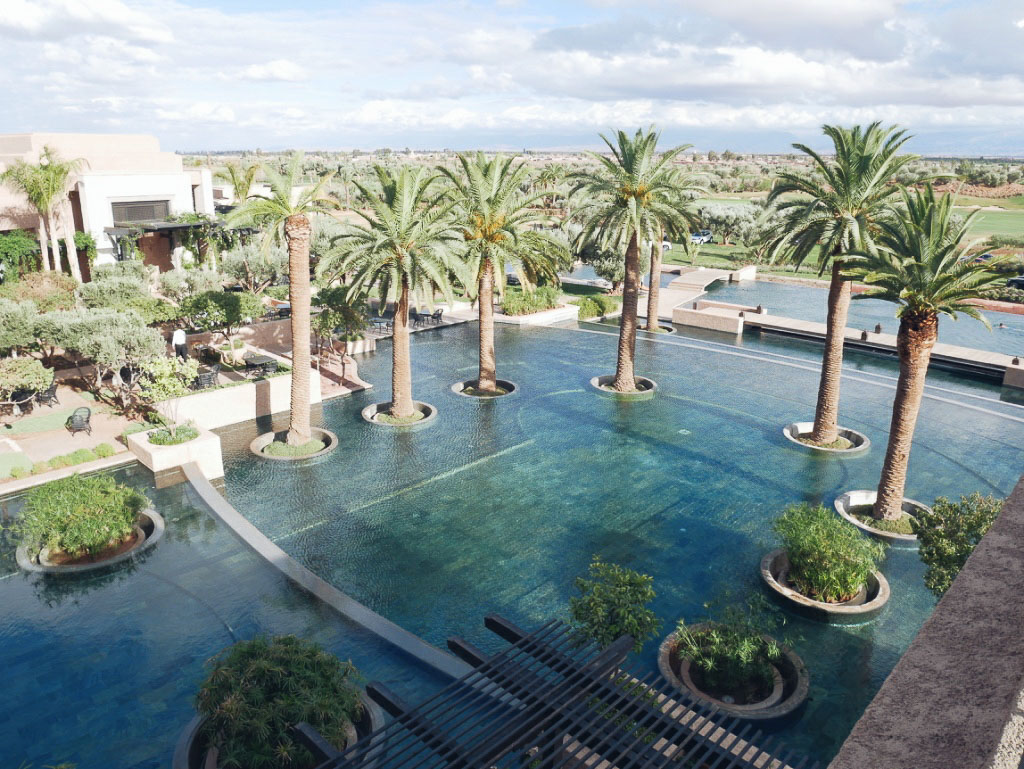 Why Choose a Mirrorless Interchangeable Lens Camera instead of a DSLR?

I did a lot of research about what camera I wanted to get. There were some I wanted just because they looked good & other bloggers were using them, and others because they were ranked the top cameras. What I found after research was that the mirrorless camera was right for me. 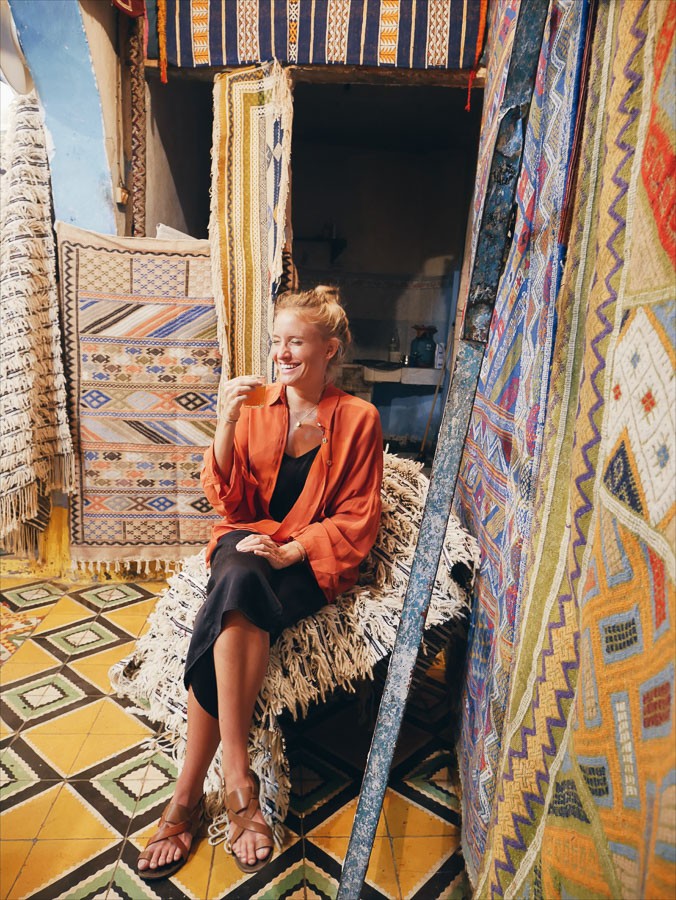 I like that it takes good images indoor, which my camera phone failed at 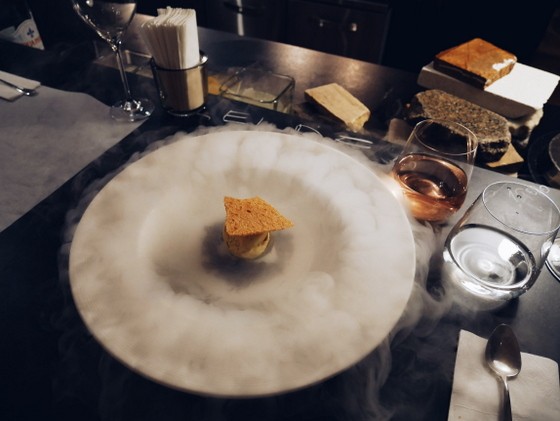 Some benefits of getting a mirrorless camera instead of a DSLR: 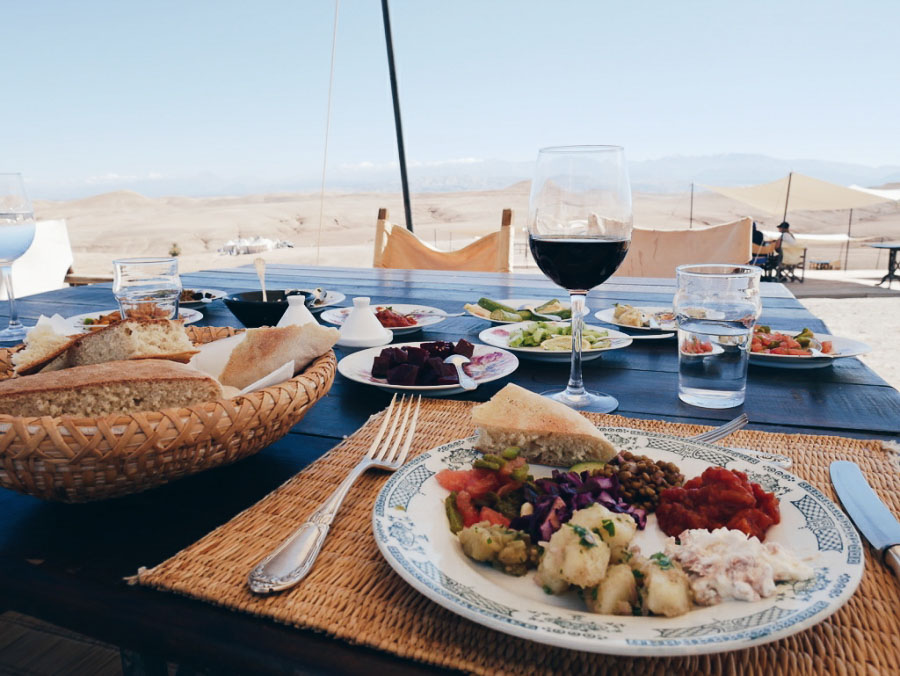 What Mirrorless Camera I Chose & Why

I have the[easyazon_link identifier=”B01DOKHS8E” locale=”US” tag=”Hipinhee-20″]Panasonic DMC GX85[/easyazon_link] which has different names in different countries (like “GX80”). It has a 16-megapixel sensor. It has 5-axis dual I.S. which means that when on the move, it can take a stable non-shakey photo.

I won’t lie, the look had something to do with it. I chose a tan leather, which gets complimented all the time. It almost looks vintage. I figure since I’ll be traveling and using this every day, it might as well be something I like looking at and using.

I also love how tiny it is. It’s really compact, more so than other mirrorless ones I looked at in shops. 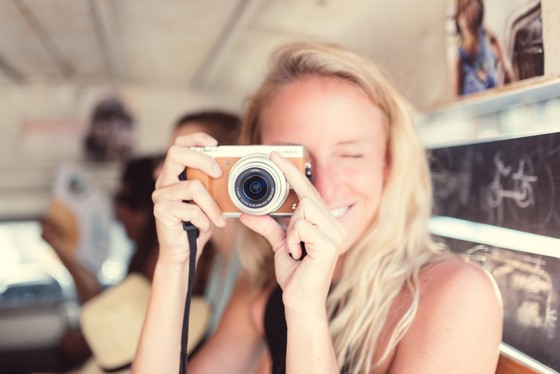 Most mirrorless cameras are fairly similar. The reason I got the [easyazon_link identifier=”B01DOKHSH0″ locale=”US” tag=”Hipinhee-20″]Panasonic GX85[/easyazon_link] is because it has 4k video. This is a feature where I can take a quick video of something at 30 frames per second and then go back and choose the exact frame I want to have as an image – and it will be great quality. Then, you can use the post-focus quality to choose your focal point in the image.

It also has a live viewfinder like a DSLR (you can look through holding it close to your eye, not just the screen on the front). 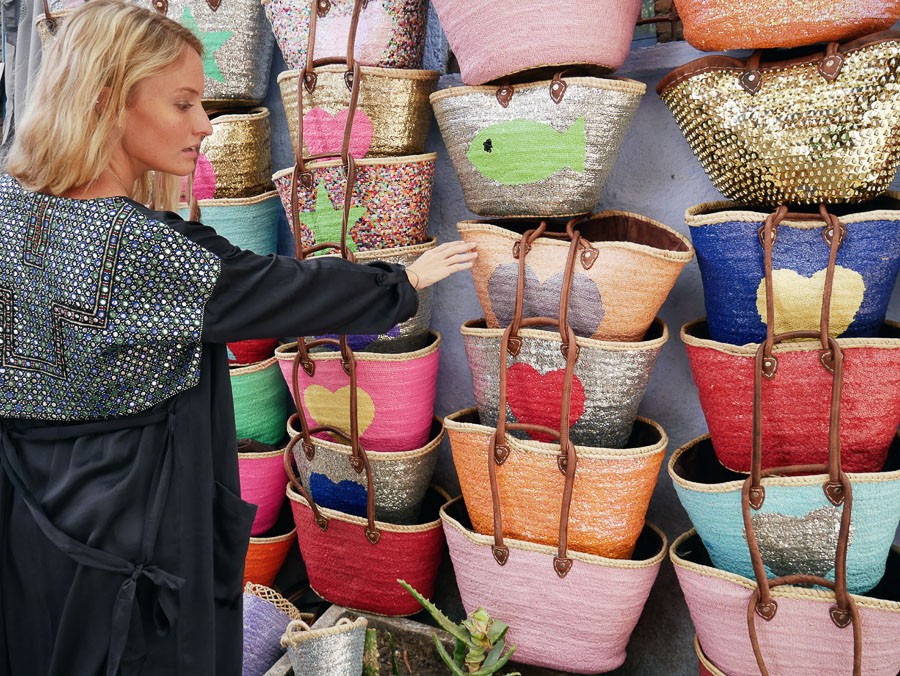 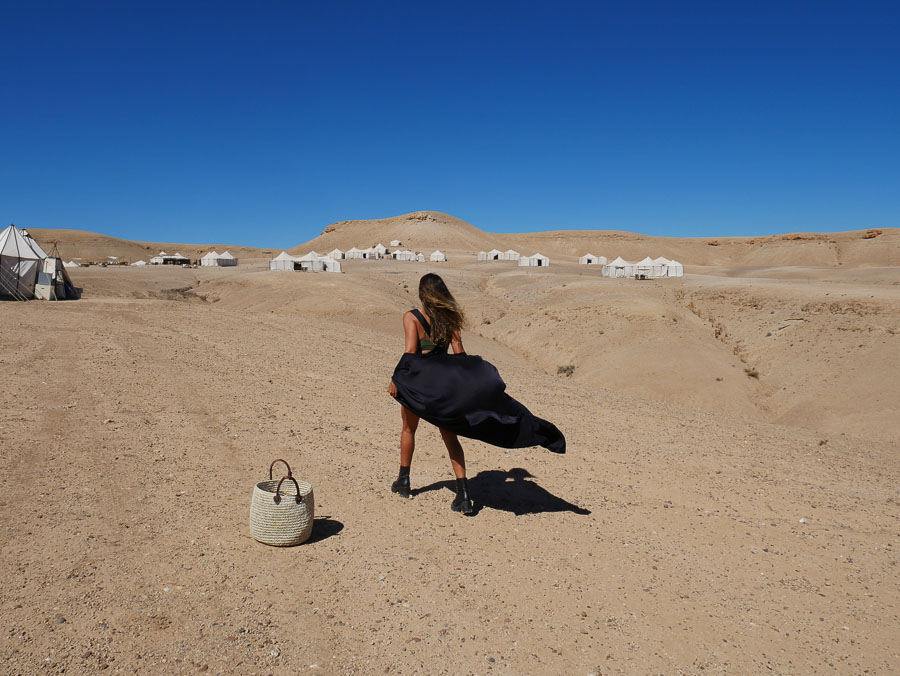 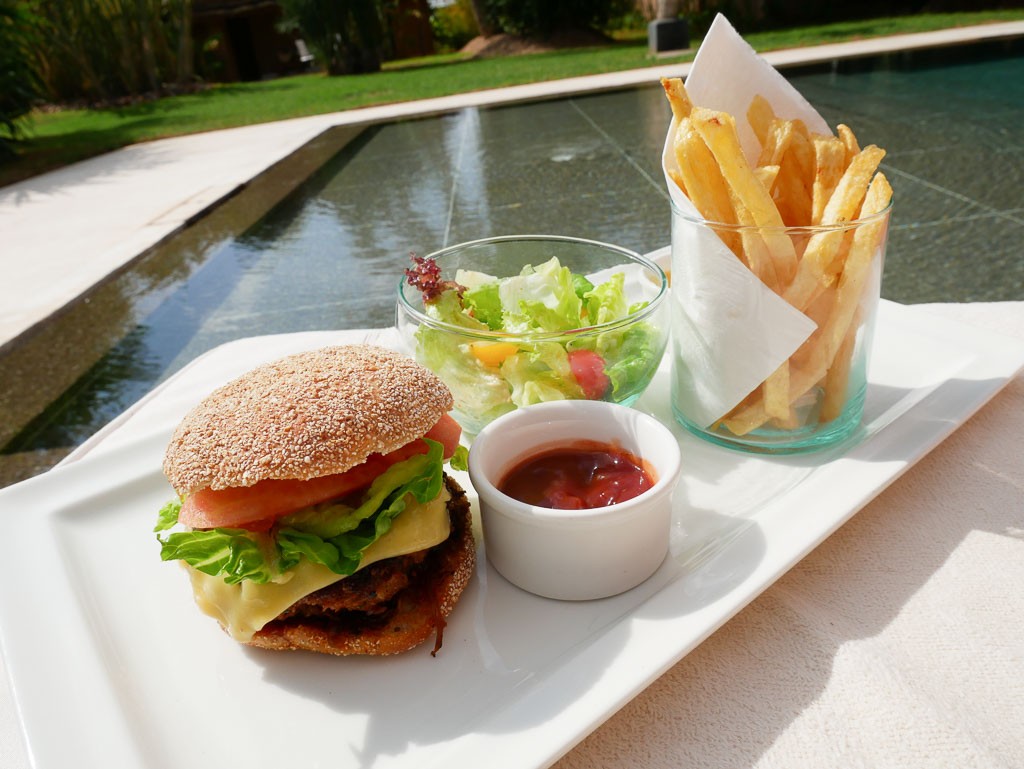 If I want to take an image from a lower vantage point instead of laying on the ground to look at the camera, I can actually angle the screen up. It’s movable!

This next bit is SO important. The WiFi on it (well it’s basically blue tooth) is the best. You can link your camera and phone with the Panasonic App and then choose the ones you want to add to your phone and quickly add them. You don’t need WiFi, it’s just a bluetooth connection so you can do it in the middle of a flight if you want. You can quickly add the images and edit on VSCO to upload to Instagram or Facebook.

I do this while I’m traveling and don’t have time to edit on my PC in LightRoom. But after a trip, I do my editing on my computer.

Lastly, I really liked that it had post-focus. Nothing is worse than taking a shot and it didn’t focus properly then you can’t use it. With this feature, you can fix it after and make the point you want to be clear, clear and make the background fuzzier.

It’s also their newest version and got amazing reviews. I also got the Panasonic Wide Angle Lens 7-14mm. For me as a travel blogger, it made the most sense to photograph inside hotel rooms and huge lanscapes. 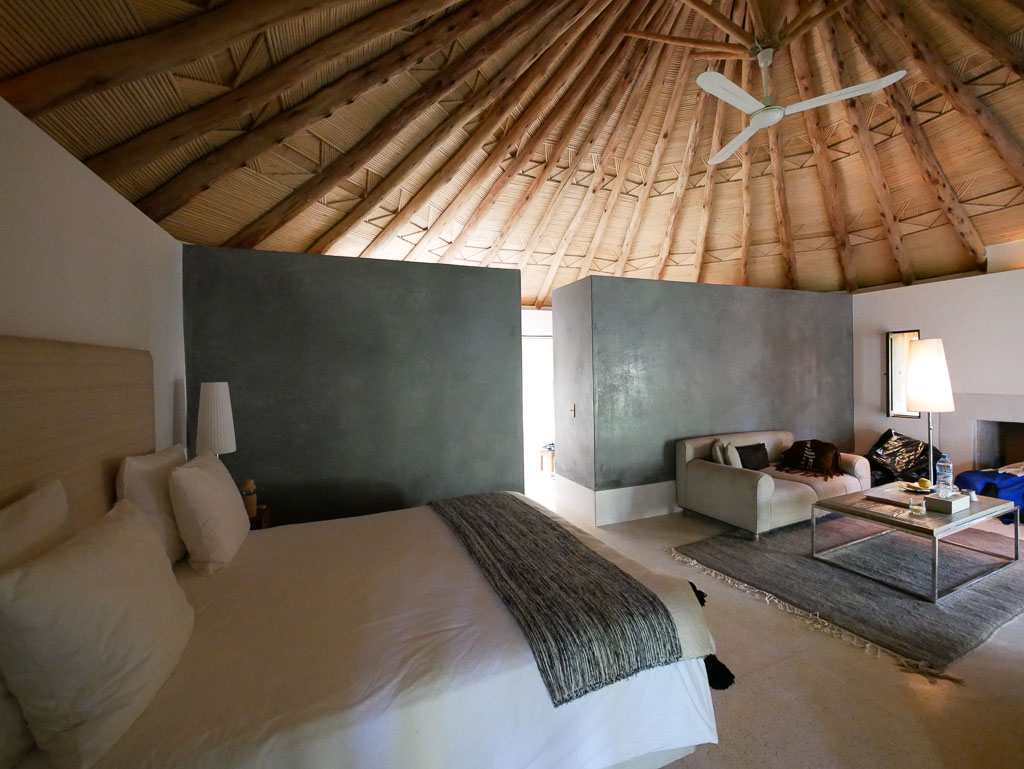 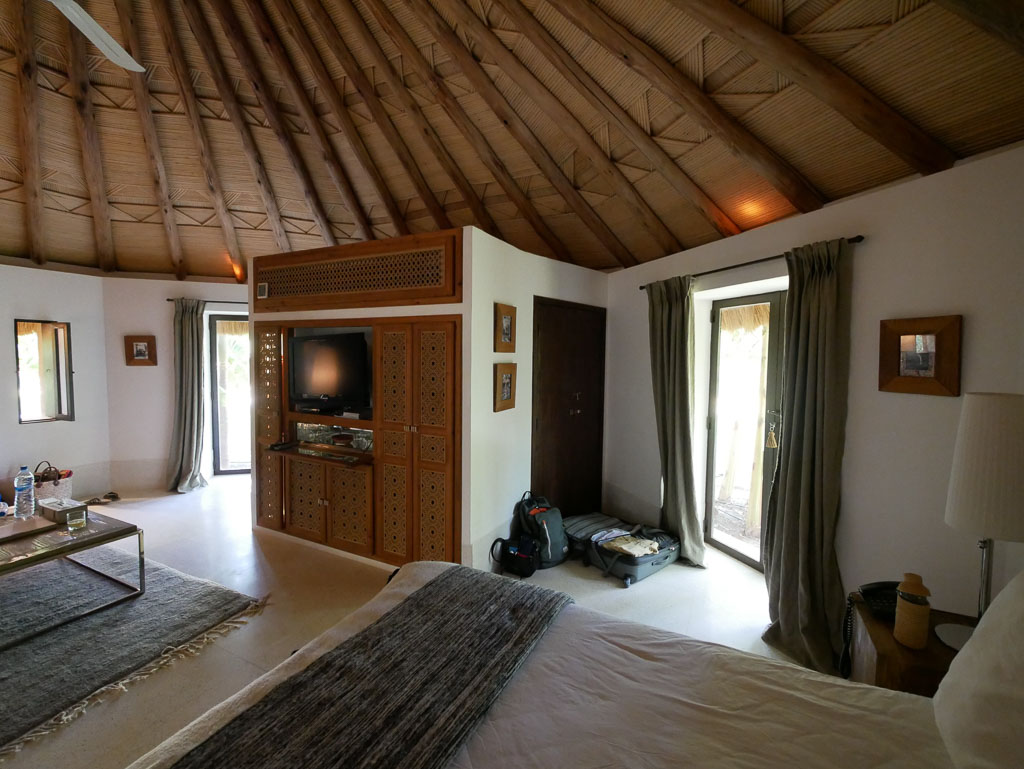 These photos above show you what a wide-angle lens can do. With just two images I can show pretty much this entire villa!

If you’re not needing indoor photography or doing big landscape shots, you wouldn’t need this lens. It’s kind of got a fish-angle look to it.

I’m no pro yet, but I want to share with you the journey of how I switched to a mirrorless camera and the things I learn about photography as I start to use this on my travels. I hope I learn a lot and can share it all with you!

I had a hard time finding a case for this camera. The camera bags for a DSLR are huge and unnecessary and the camera cases for a point and shoot were just barely too small for this camera. In the USA I looked at Best Buy and other similar shops in camera sections and found not one case that worked. I actually had it wrapped in bubble wrap in my purse at one point!

I ended up finding a great option in a purse that doubles as a camera bag. It’s from Lo & Sons, a company I’ve mentioned before, and I got the Claremont bag. It is actually listed as a camera bag on their website and it is compartmentalized. From the outside, it doesn’t look like a camera bag, though. Perfect! 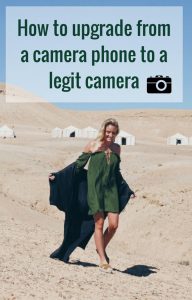 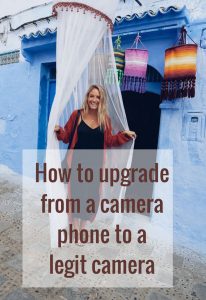