I was saying before that sometimes I just don’t “India” things anymore, after all I’ve been living here over 3 years and a lot of it is too normal to me now.

We were at the petrol pump and this bus was getting filled up before our turn. I noticed the chili and lime hanging, which is very common. But then I noticed the little black monster which I have usually seen hanging by people’s houses (and wrote about in a past This is India I’ll link to below). 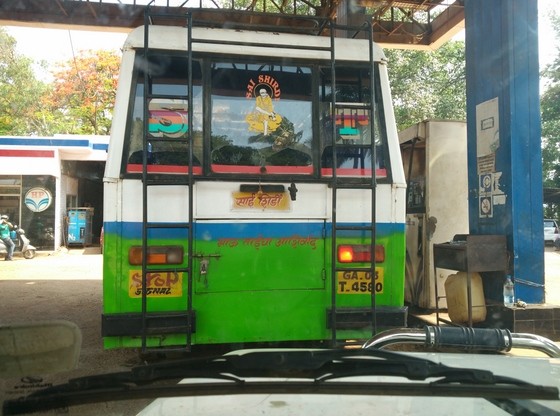 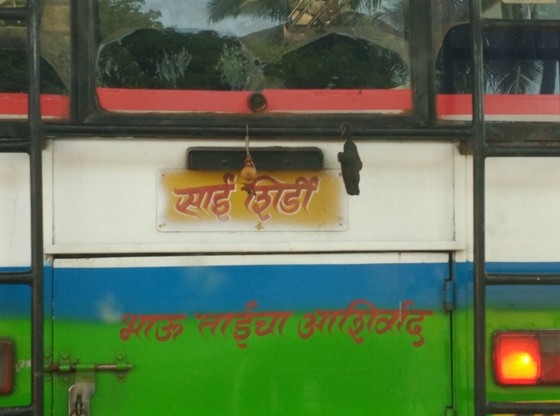 Superstition is so common in India and truly believed by many. You’ll see the lime and chili on a string hanging from almost all buses and big trucks, and even small cars.

The monster is usually to keep bad spirits away. They put them when they build houses as they believe the house could be haunted if they don’t.

Read about the giant dummies they hang outside houses here.

I wrote about some superstitions here. 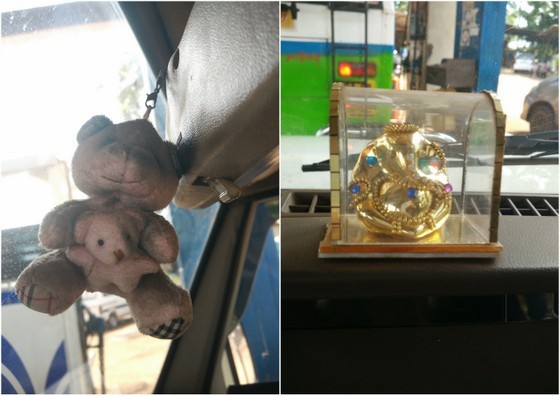 These were on the car from the cars’ technical owner and it would certainly be bad luck to take them off. One is Ganesh (on the right) and most cars have a chosen Goa on them. The stuffed animal is also really common.

My driver Babu has a stuffed cow hanging from his car review mirror.

Our other car, the Omni van has an orange Ganesh and a photo of Sai Baba we’ve always kept in it.