Ben’s birthday was this week! We hired out the only boat in Vaayu you can do wakeboarding on, Vaayu’s boat.

Vaayu is a place I’ve mentioned on here a few times, like when I shared we went there for Christmas, and as a great place to meet people when you’re traveling Goa alone.

You can hire the boat by the hour and only 4 people (plus the boat driver and his helper) can go on if you are wanting to wakeboard, although 8 can go if you just want to chill and watch a sunset.

You have to go at high tide, and we went at around 330 pm. You don’t meet them at Vaayu, though, because they don’t do this on the ocean. You go on the boat in the backwaters, which are really beautiful in Goa. So, you’ll meet in Morjim by a little jetty. 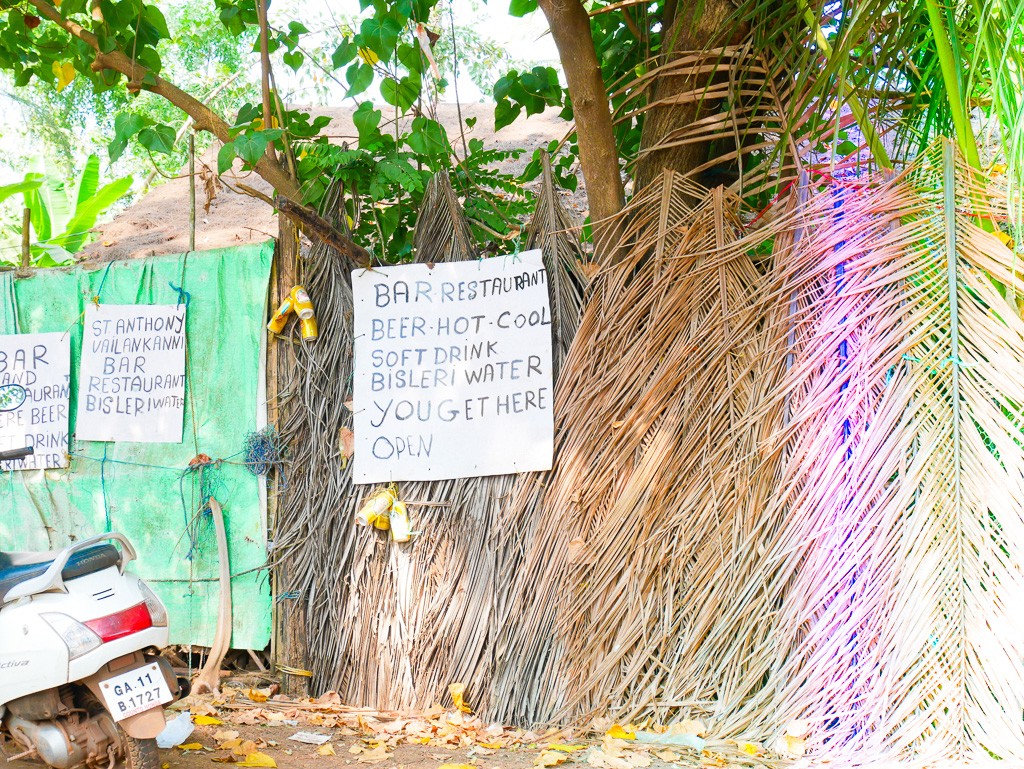 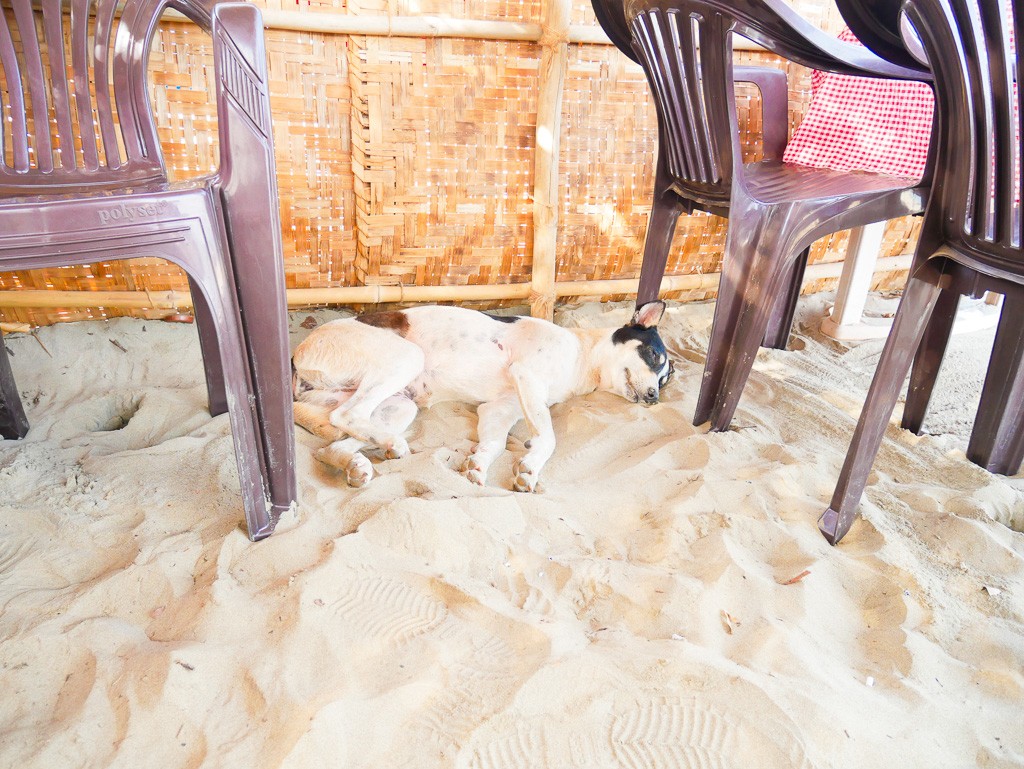 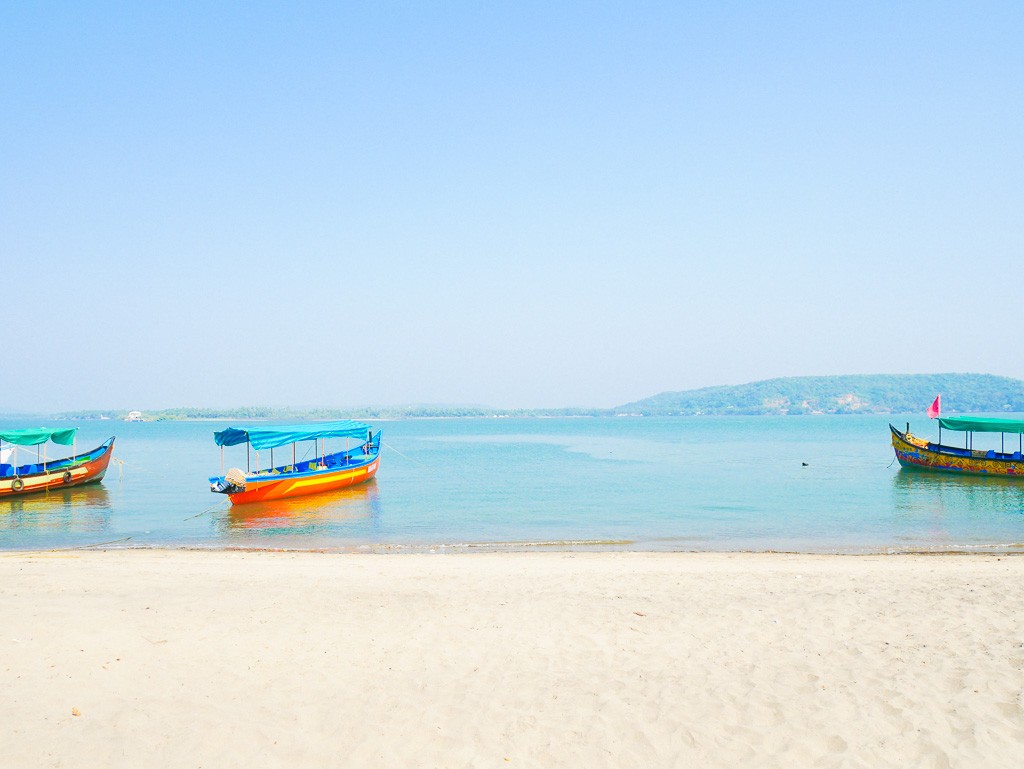 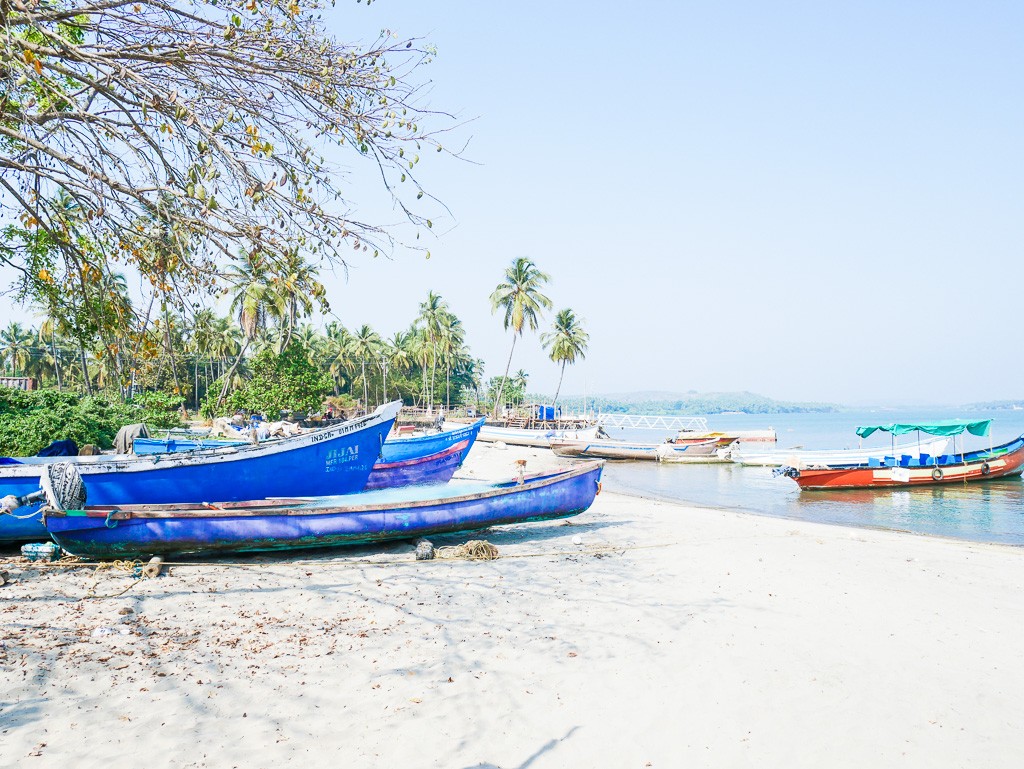 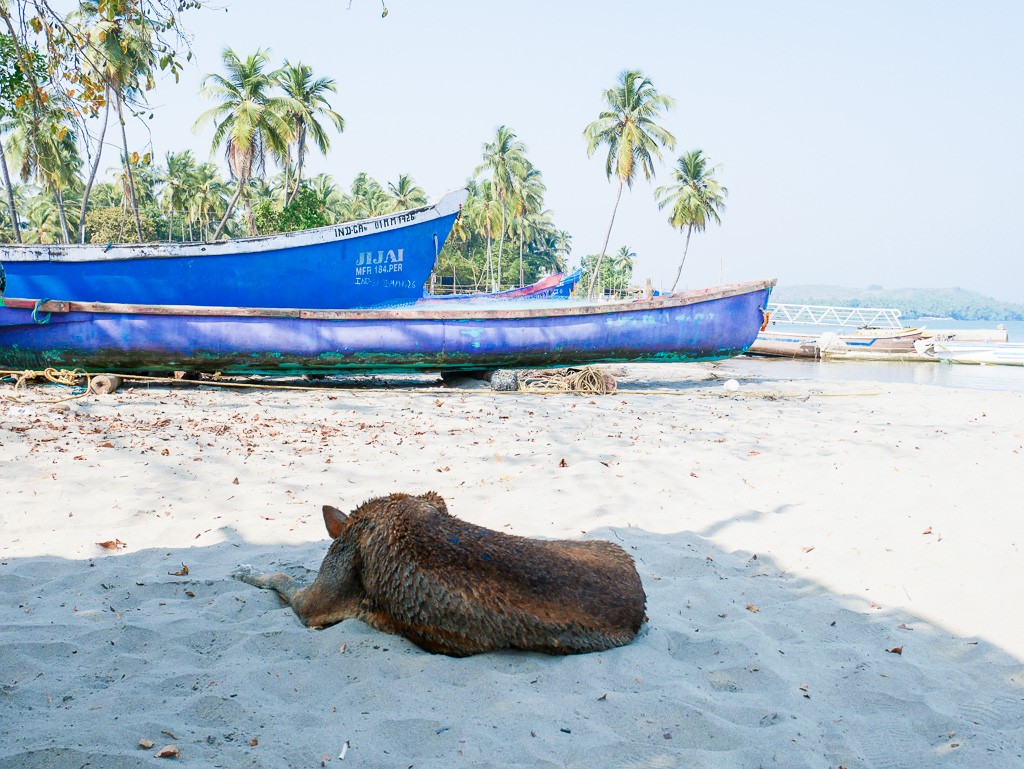 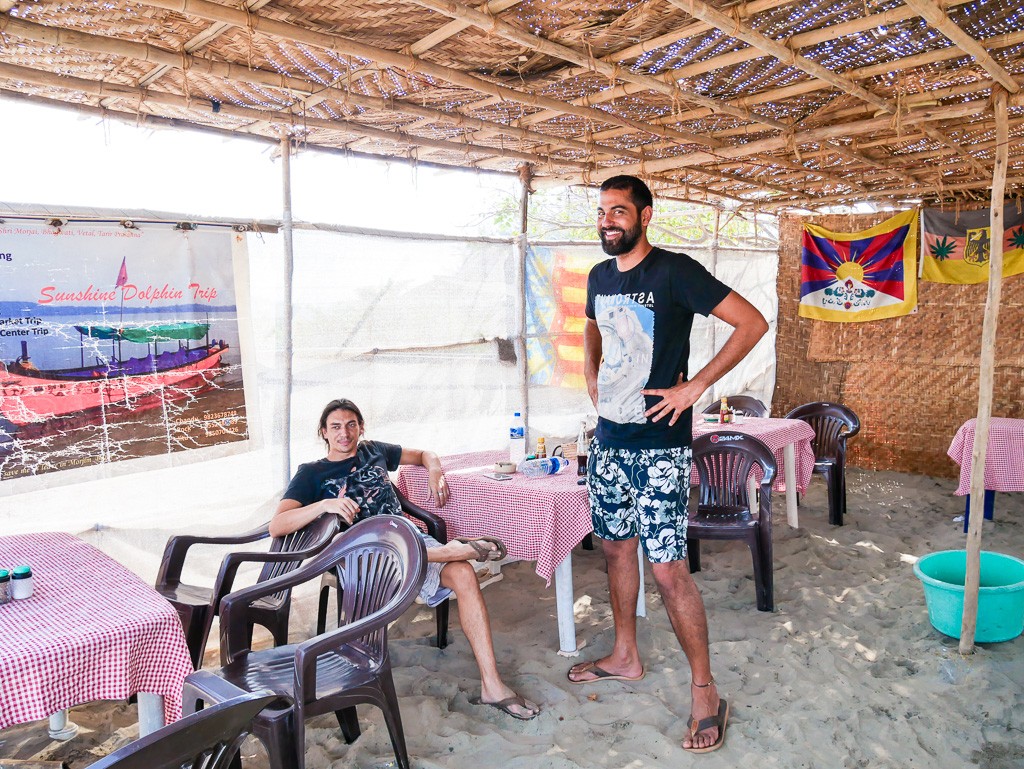 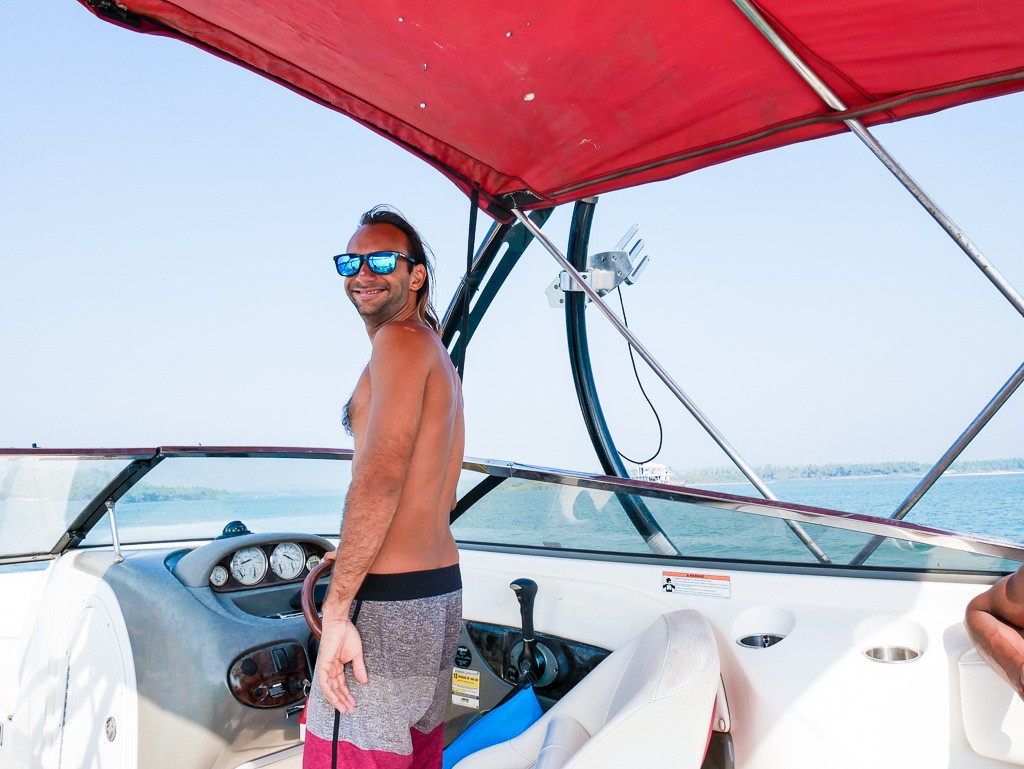 There’s a cooler on board, so you can bring your own beer and wine or you can also pay Vaayu to supply you some snacks and beverages.

The guys decided I should go first. I hadn’t wakeboarded before so was nervous I wouldn’t get up, and I didn’t on the first go. I let the handle slip out from my hands- I hadn’t realized how quickly and hard it would pull when the slack went straight.

But on the second go, it was all good! 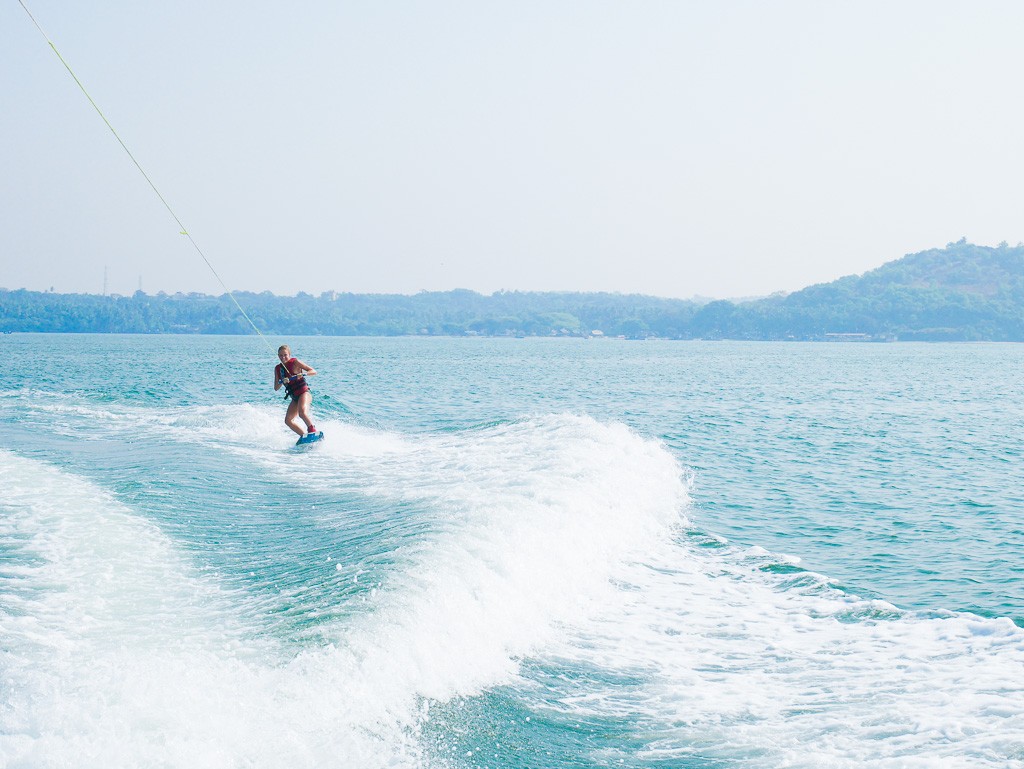 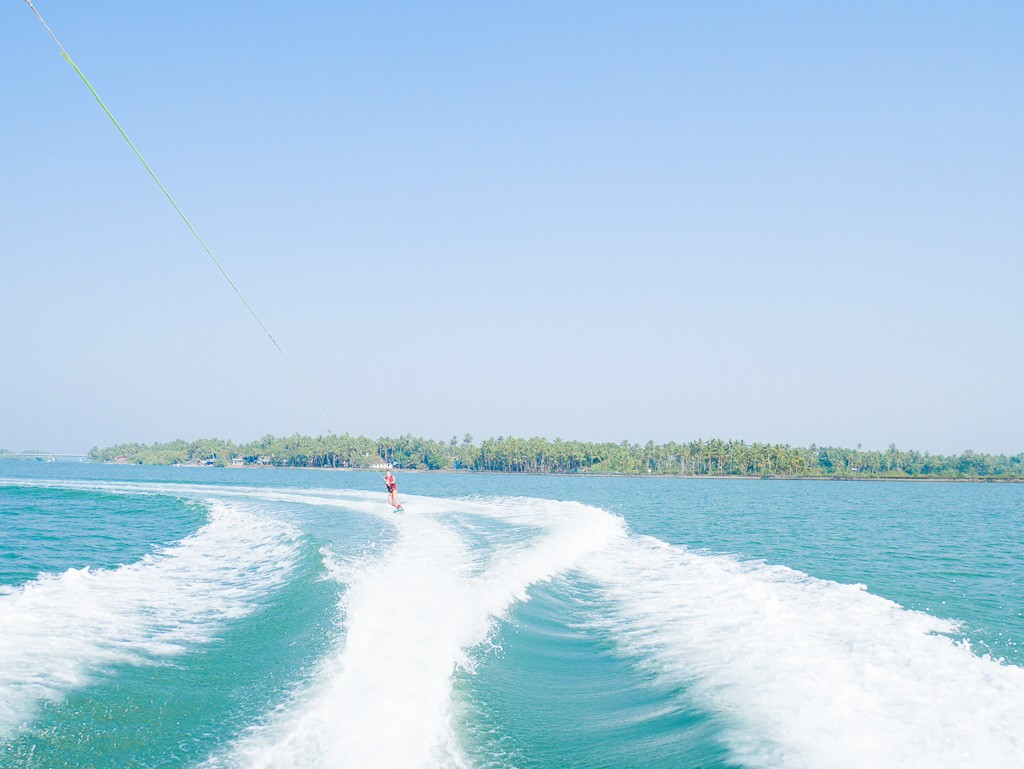 I went for ages on my last attempt and felt my quads about to give out. I was feeling so tired! It’s a serious workout. I kind of went off the side and let myself fall haha, I was shot!

Next up, it was Ben’s turn. 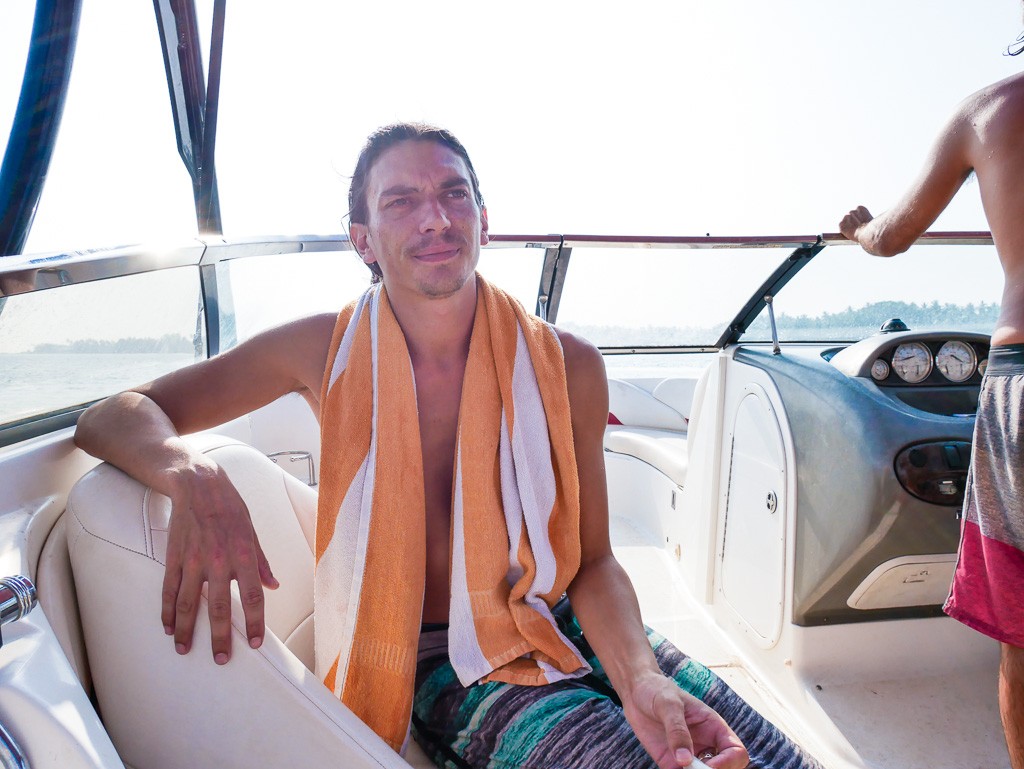 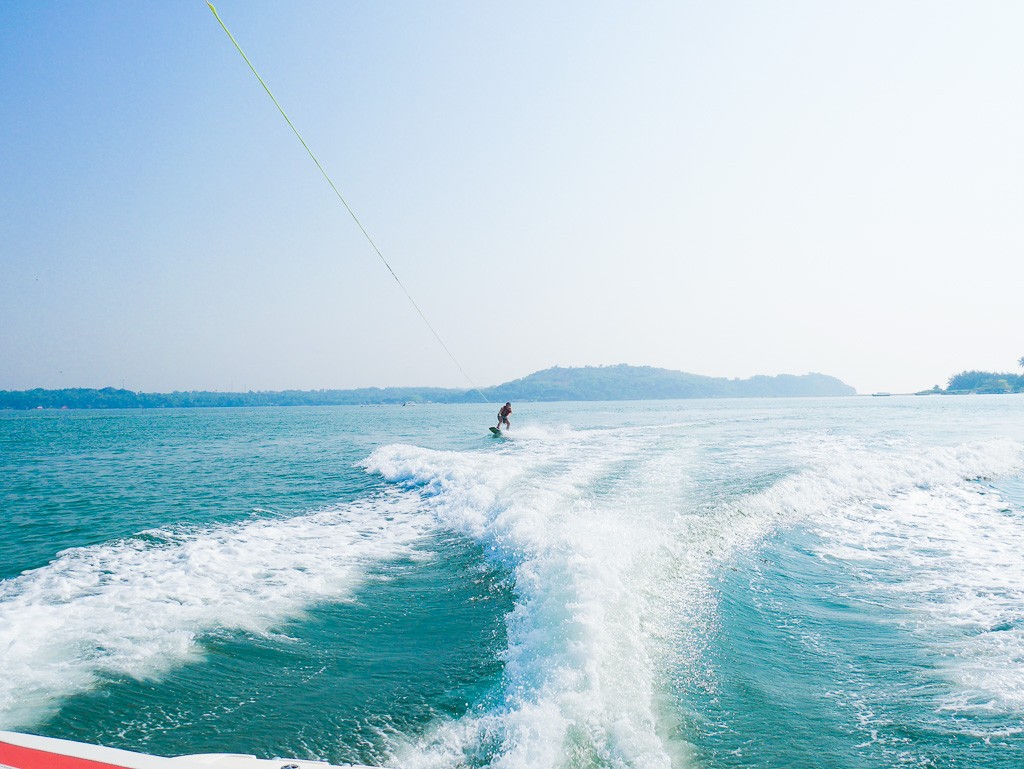 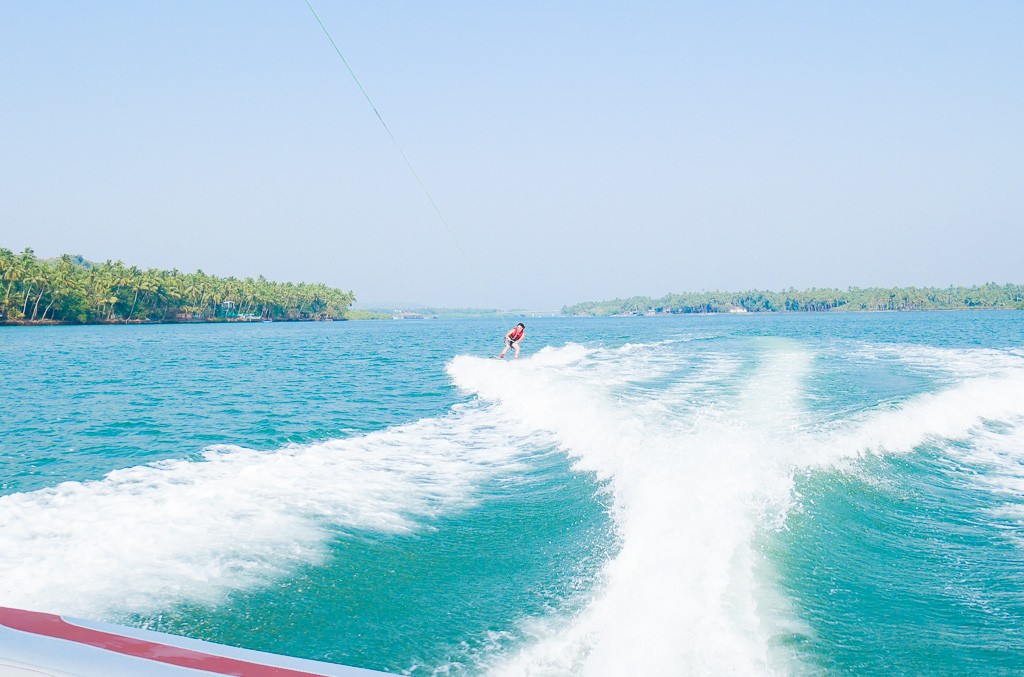 Ben’s more of a pro and tried to do jumps on the wake, but I took mostly video of him in case he did something really cool. He had fun!

Next up, Sharik and Pranav, who are friends of ours, took their turns. Neither of them had much luck but it was fun regardless. 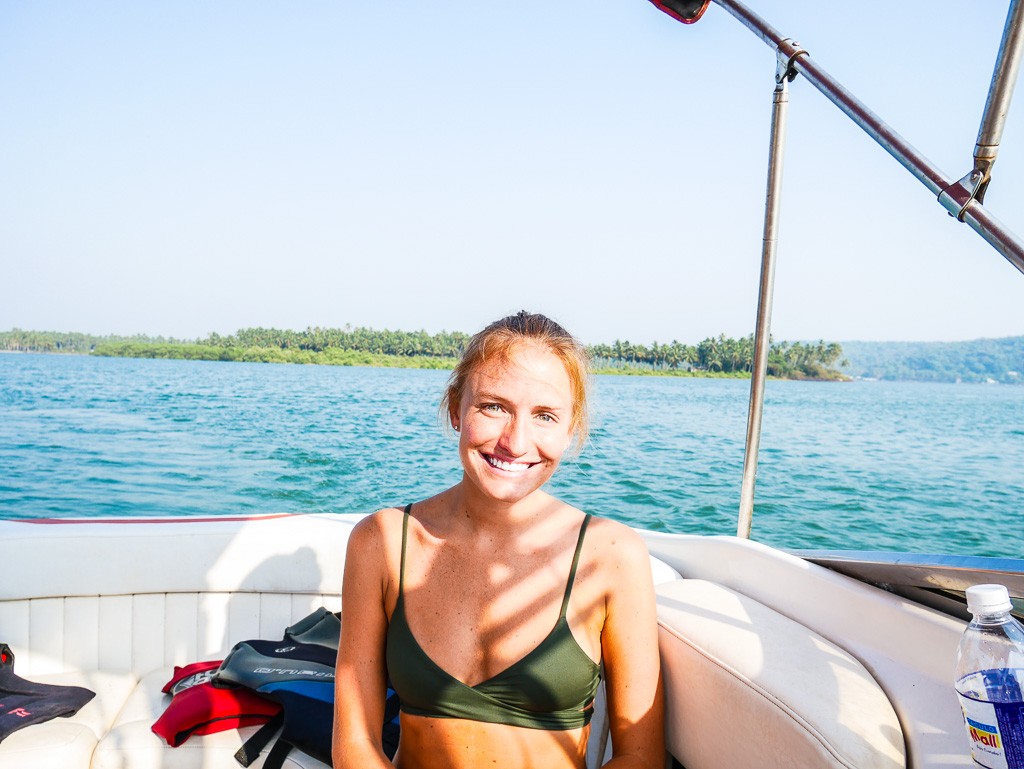 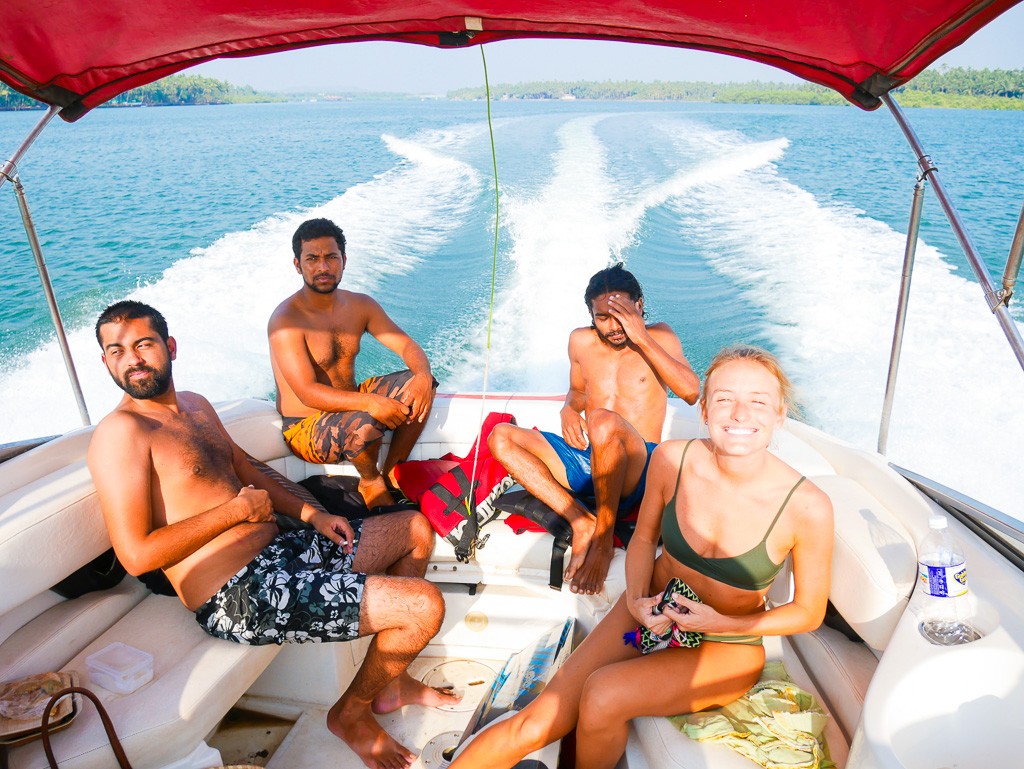 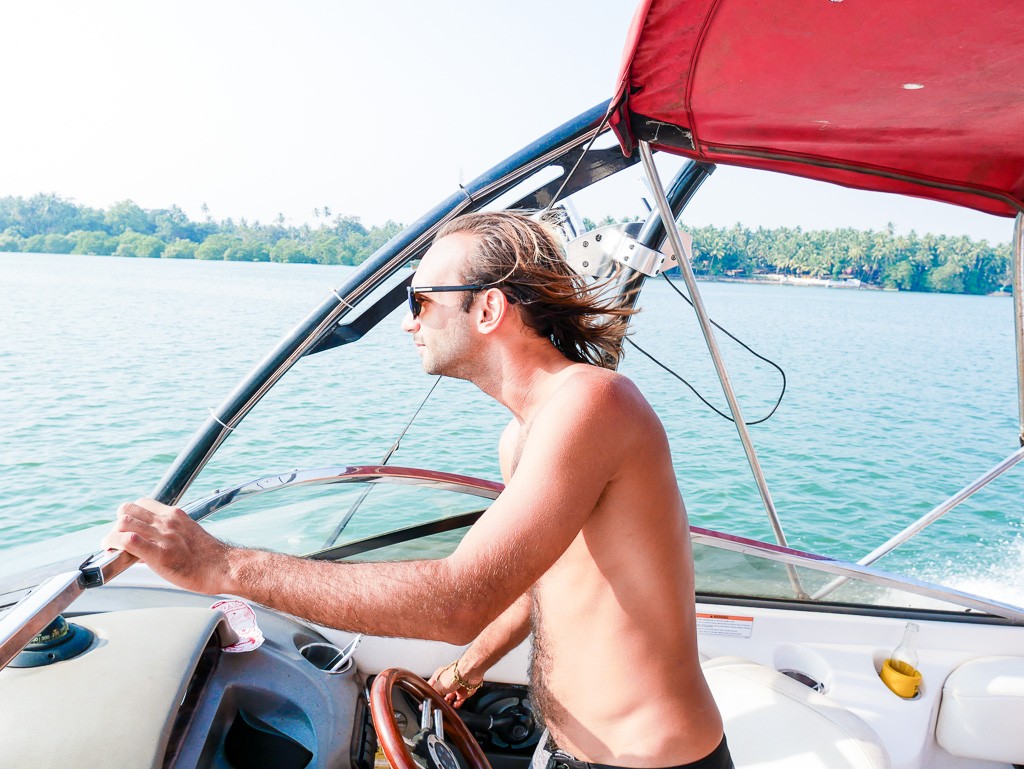 Rahul, who is part-owner of Vaayu drove the boat. You have to have a license so you can’t take the boat out without a driver. A guy came with him to help him get the board sorted and all of that. 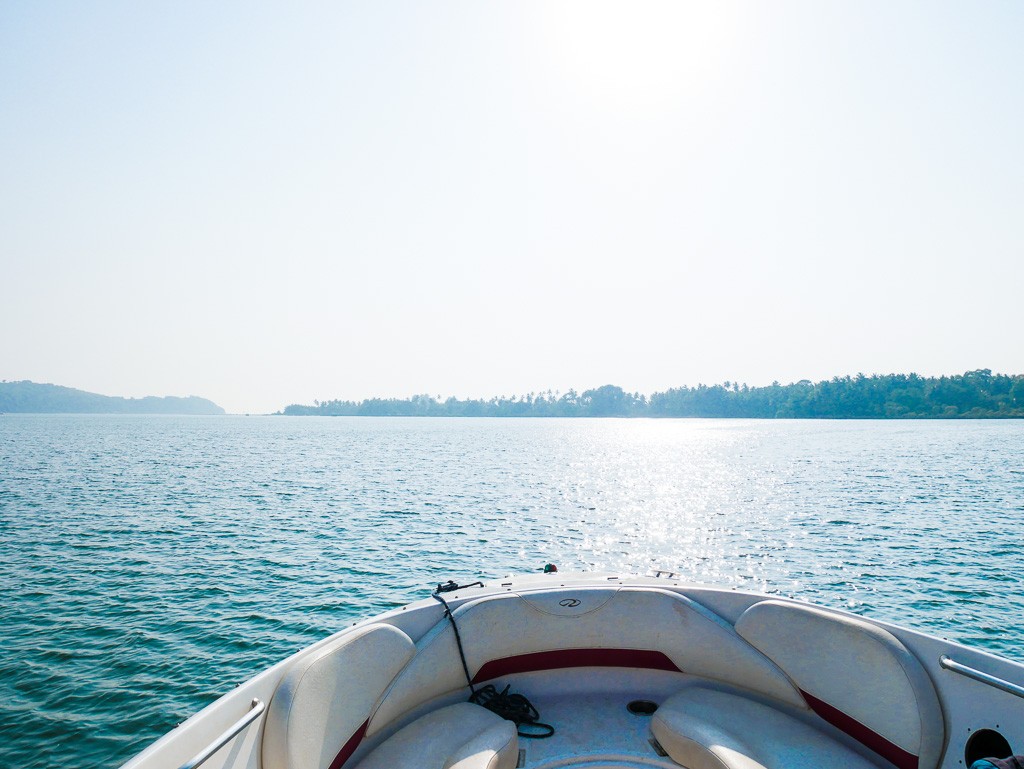 It’s just so beautiful on the backwaters and spending time in a boat is so relaxing. It’s shocking that we NEVER do this in Goa! It was seriously the best thing I’ve done in Goa in ages, and made Ben’s birthday a little more unique than just going to the beach.

When his Aunt and Uncle come to visit, we are going to take it out as well. I think they’ll love it, although not sure they’ll want to wakeboard!

Vaayu is a hotel but also had Prana Cafe in it, which is their popular restaurant. Most Sunday’s we go there for tacos. The chef is a friend of ours and makes the BEST food. You can’t go wrong with anything on the menu. 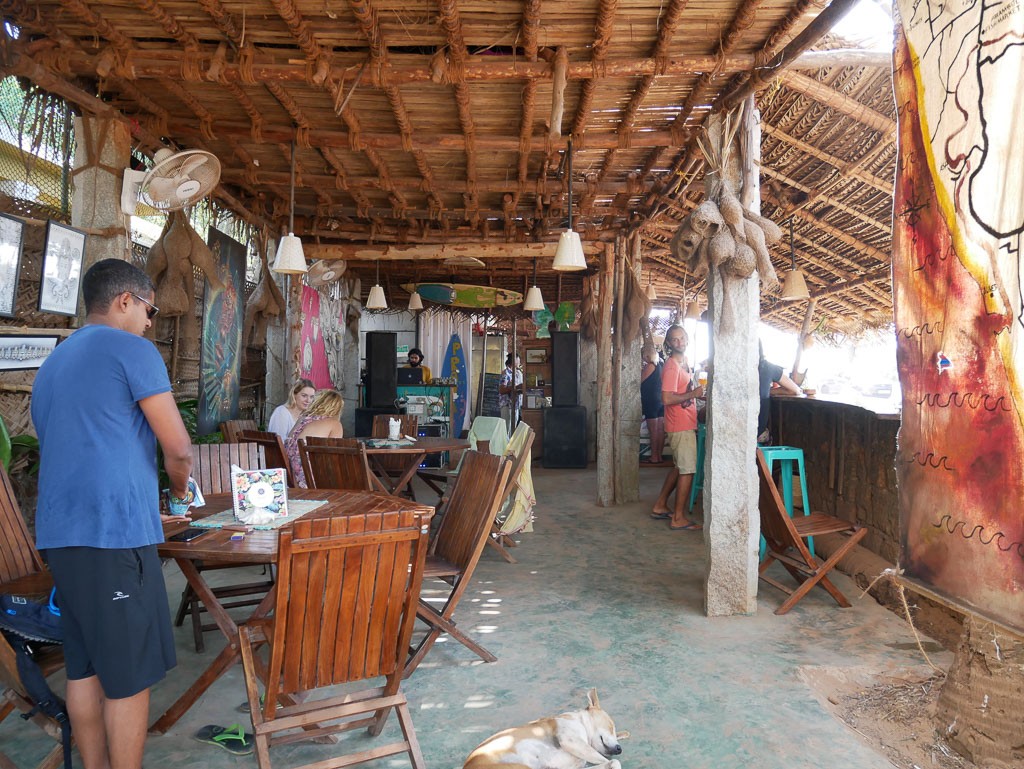 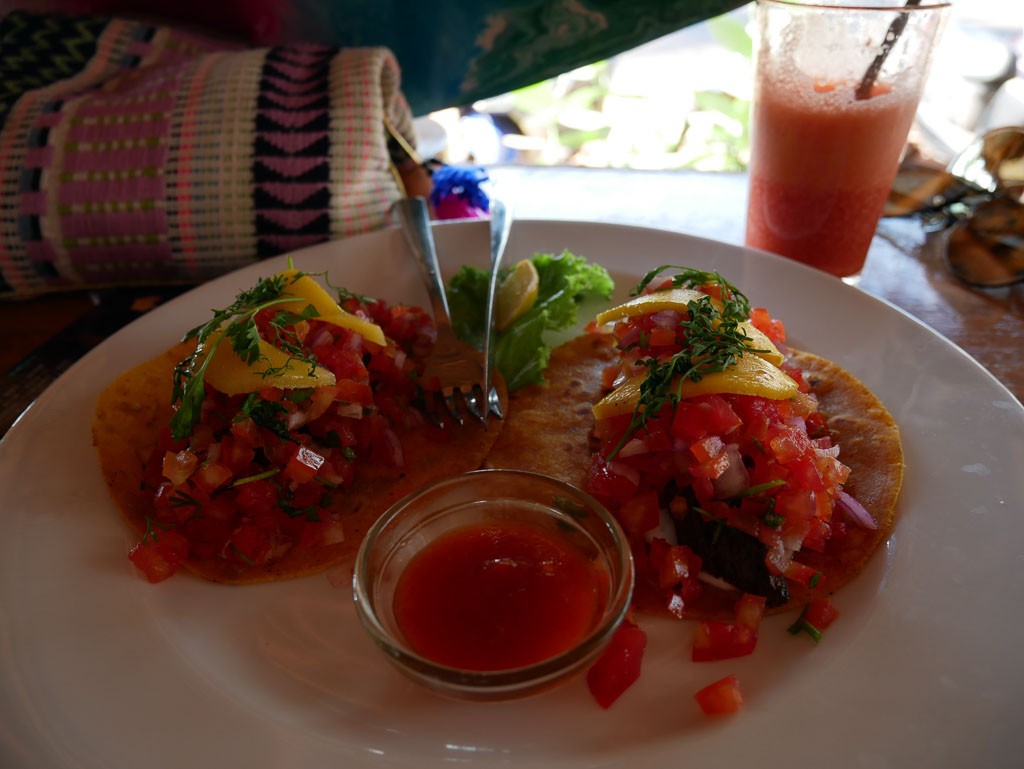 Their rooms are a variety of teepees and actual rooms with walls/ceiling, etc. It’s a “hippie” hangout and a lot of that is because they have an artist in residency program so people are always bopping in and out with their artwork and music. It’s part party place part chillout place. 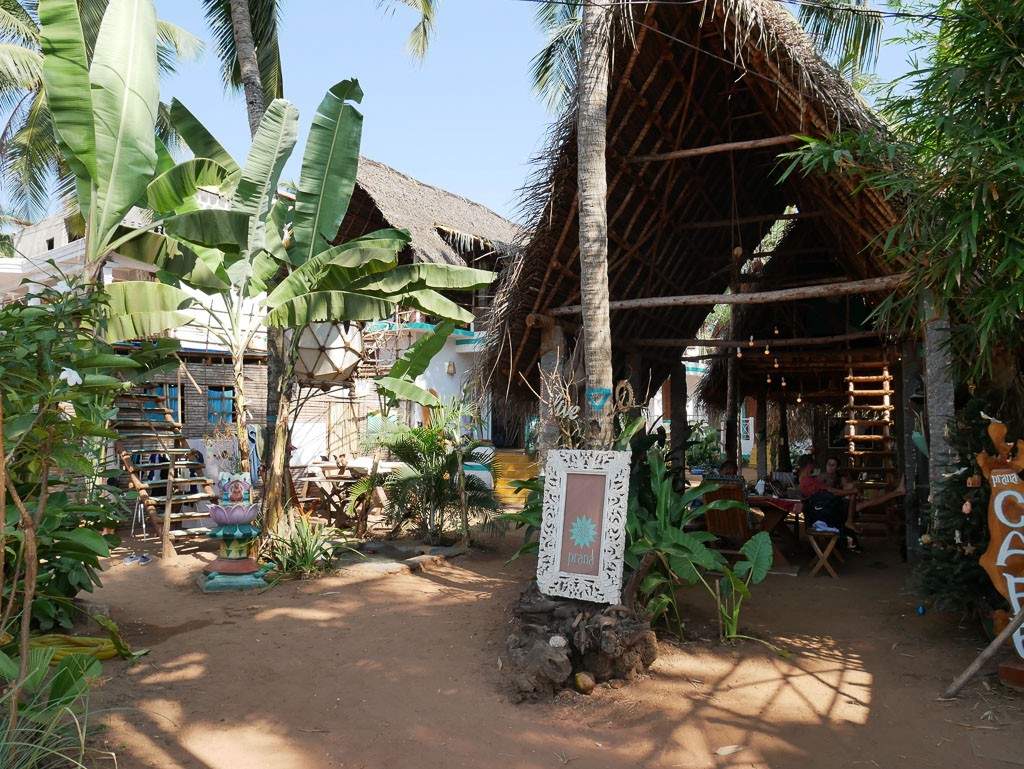 They rent out SUP, surfboards, kayaks, and of course the boat. We rented surf boards on Christmas! Definitely a place to check out – and made for a fun birthday celebration! 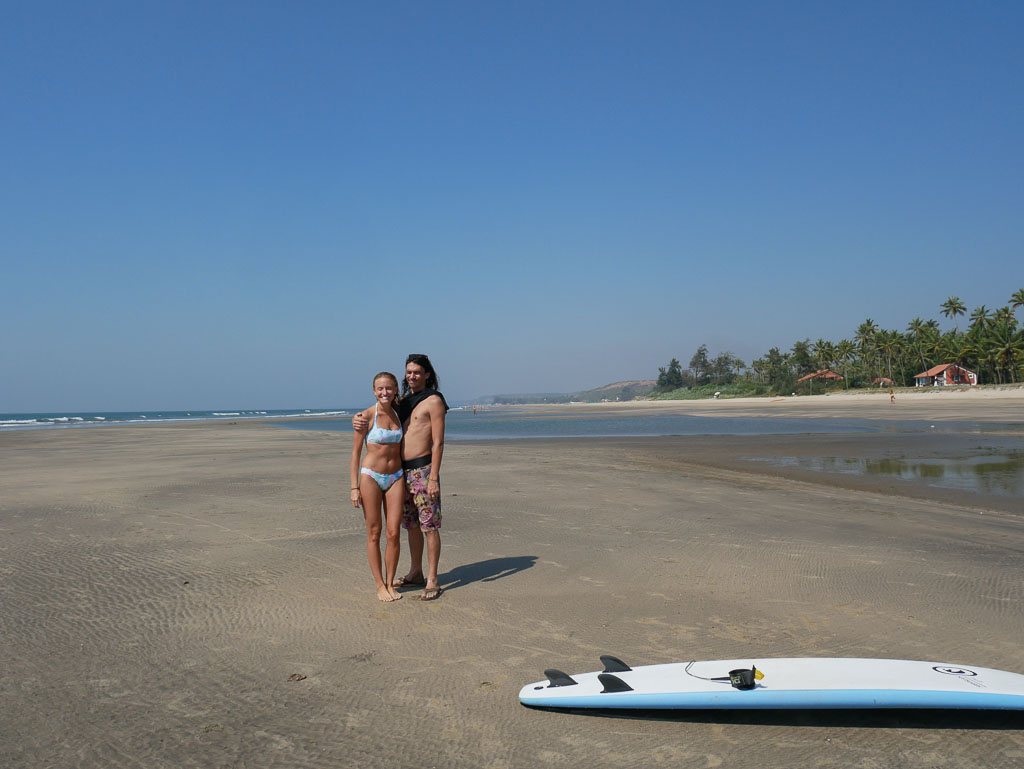 After we went there we went to Hillbelly for dinner.

It’s a restaurant our friends own in Siolim and does tasty American style sandwiches + great cocktails. So, that’s how we spent Ben’s birthday in Goa! My birthday is always in the monsoon, or I would want to do this too!