Traveling in India is always an adventure and it’s literally the “traveling” part that is the most exciting – and by that, I mean literally traveling or transportation. On trains and buses or taxis in India, I love to look out the window, headphones in (my fave’s playlist), and just watch. There’s never a dull moment!

In Udaipur (in the state of Rajasthan), my friend Tia and I were debating how we’d get to Jodhpur the next town and I actually remembered that five years before I had taken a driver because there are a few places to see along the way with just a 30-minute detour. I wrote a blog post about it years ago so actually had to go back and re-read it.

While there are a few places to see on the way, we really only wanted to stop at the Ranakpur Temple which is an amazing Jain temple. 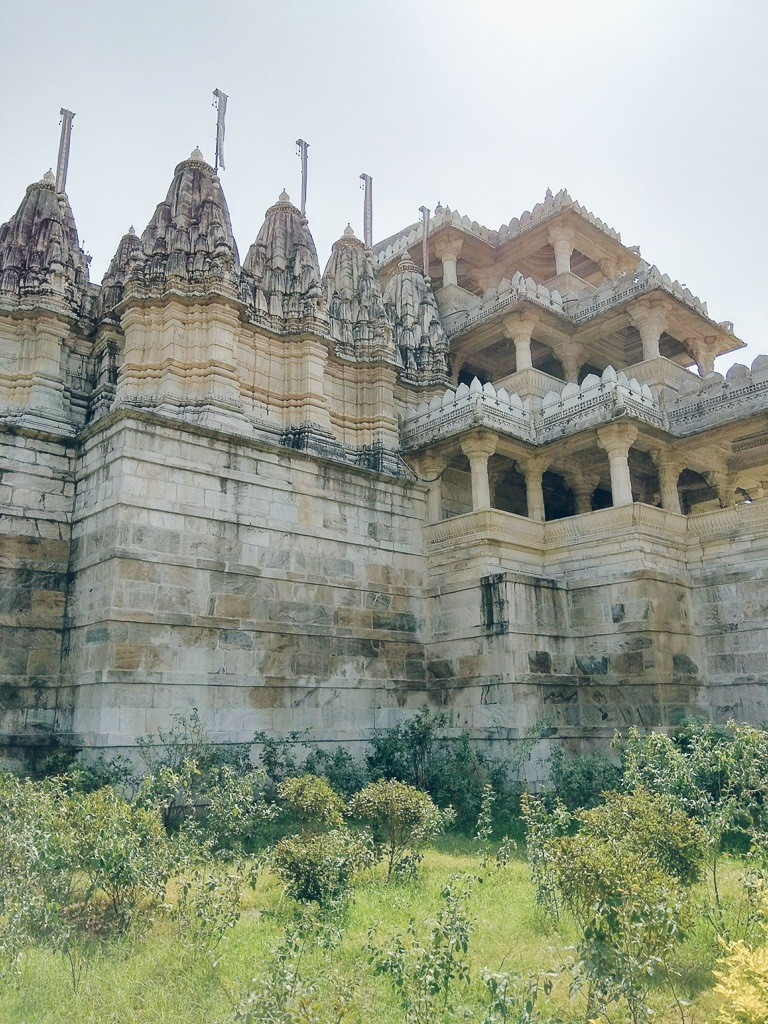 We reached early and they weren’t open yet (they open at noon) so we couldn’t go inside but could just peak in. Before going in, though, we thought we should use the toilet. Both of us have been in India forever so are used to the holes in the floor, no toilet paper, no soap, etc and just have gotten used to it.

As we walked toward the worker’s area where there was a toilet Tia stepped in the biggest pile of poop I’ve ever seen that wasn’t cow poop…. we were like “wait, is this human shit?” but then we heard a rustling overhead and realized it was monkey poo! 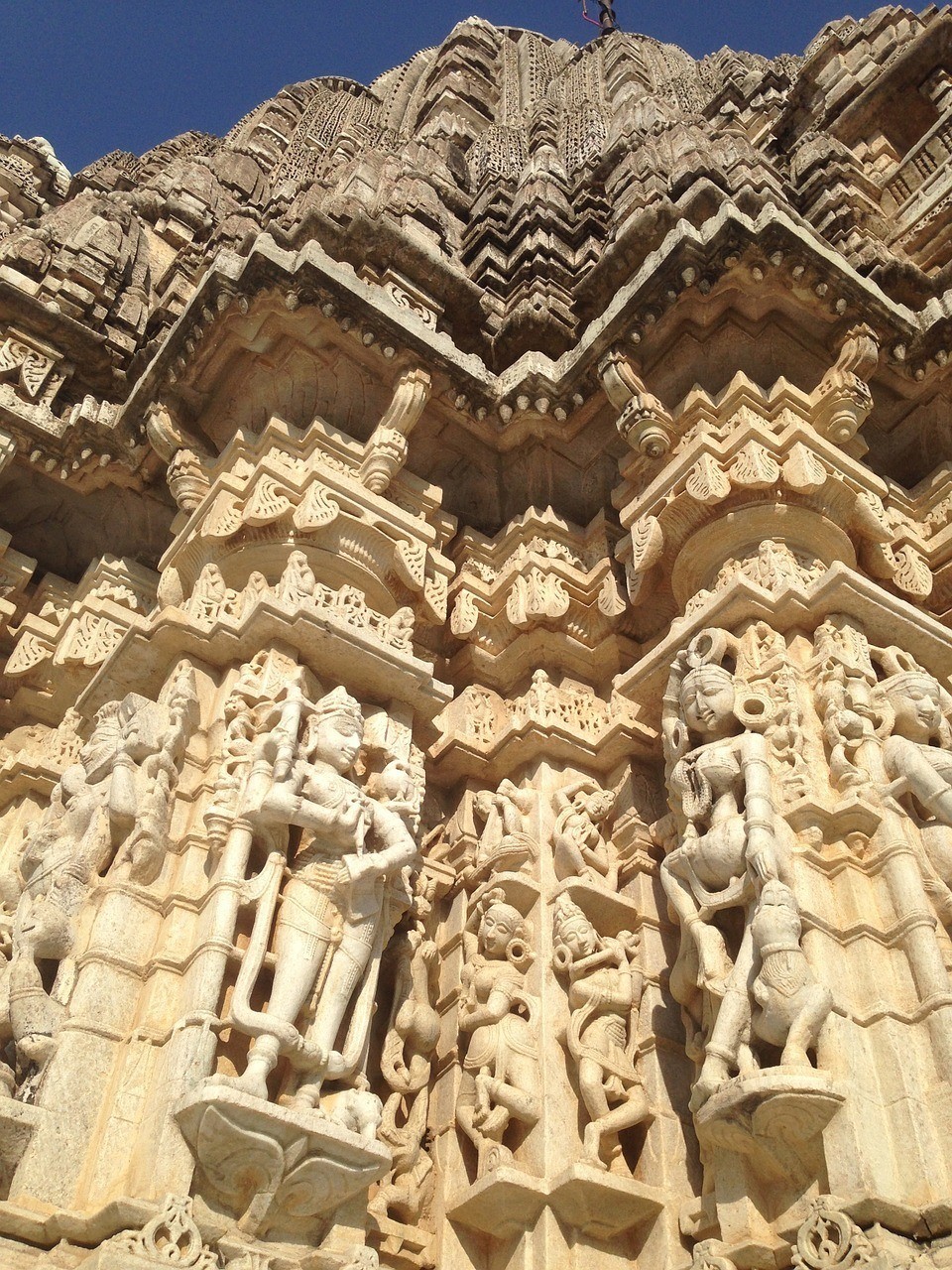 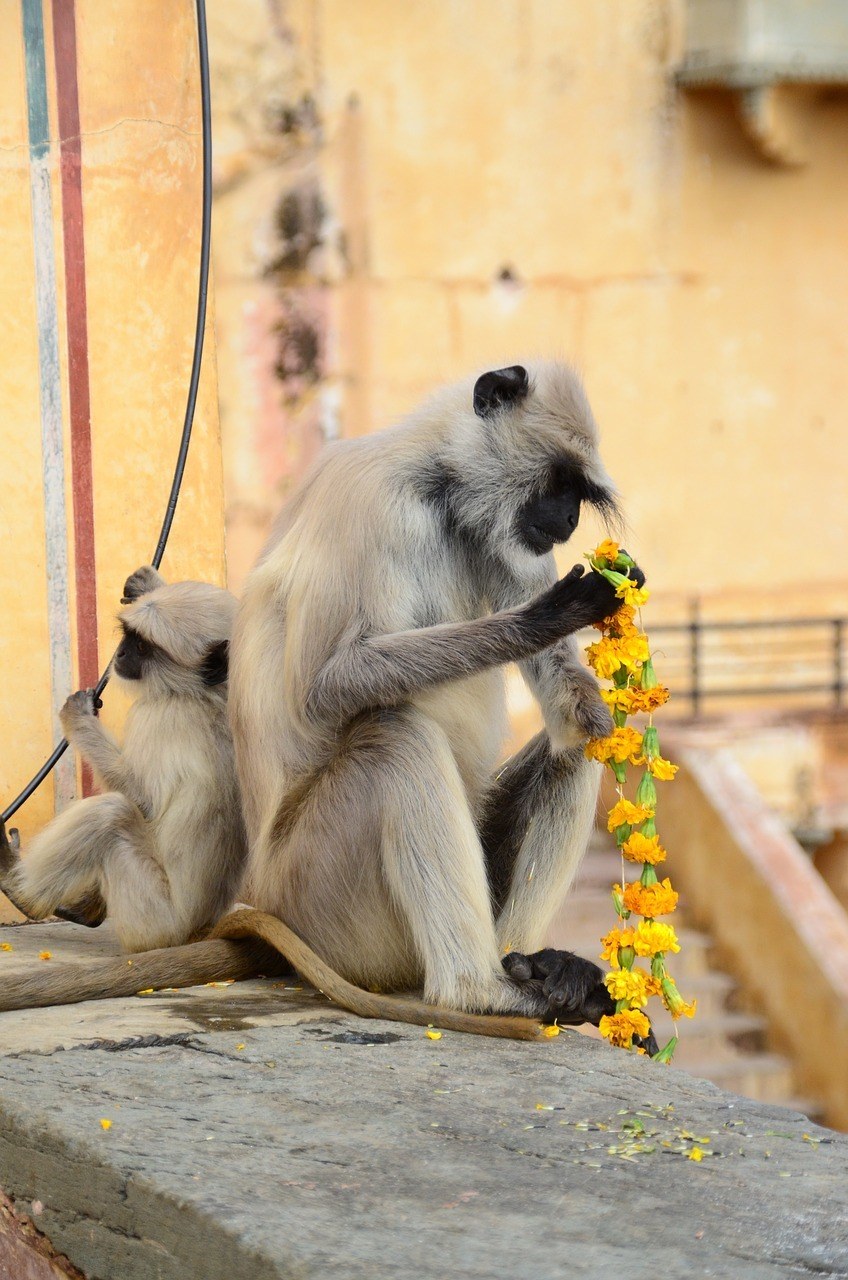 The thing was, she stepped in it really hard so it kind of splattered up her leg and all inside her flipflop. It was on her new outfit, too!

So, off to the bathroom we went. Here’s what your typical bathroom looks like: 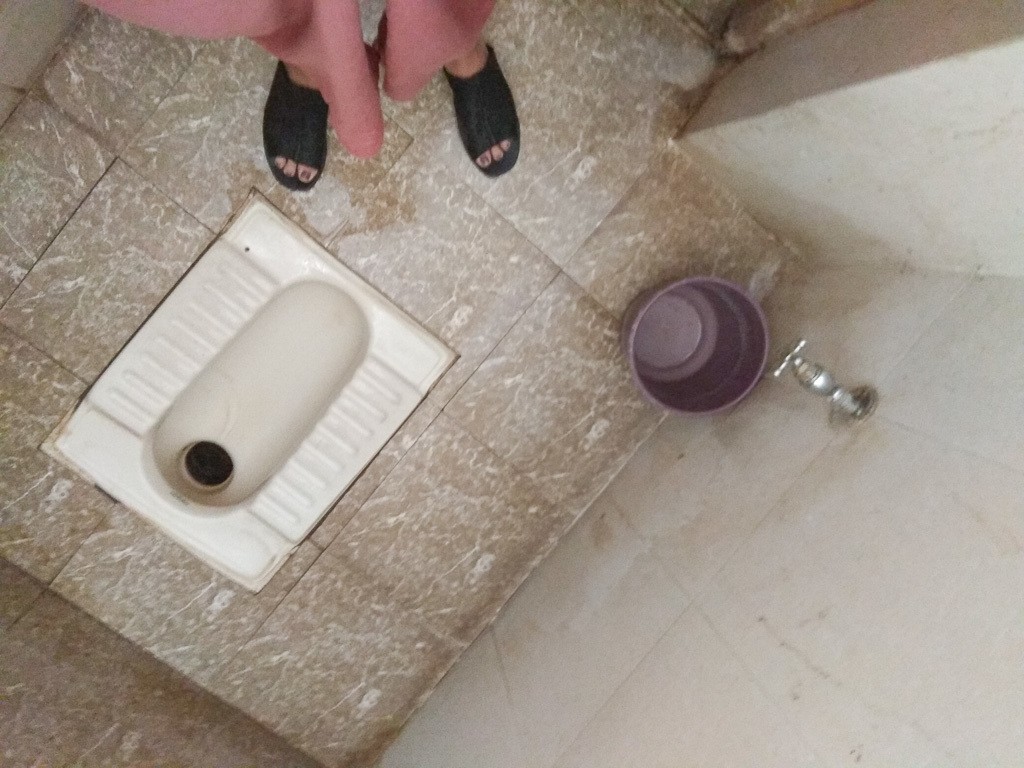 I know it doesn’t look appealing but keep in mind that squatting is meant to be better for your digestive health, lol!

The tap there is to fill up the bucket and then use that water with your left hand to clean yourself after you’re done. But basically, foreigners who aren’t down with this should bring TP with them and just do it the normal way. Obvi Tia and I had nothing useful with us, so she rinsed off all the poo over the loo… but without soap that’s a pretty rough 3.5-hour car ride to continue on!

She was over it and went back to the car and I went over to at least get a picture of the temple. When I came back she had found where the ladies did laundry and was like “I found soap!” 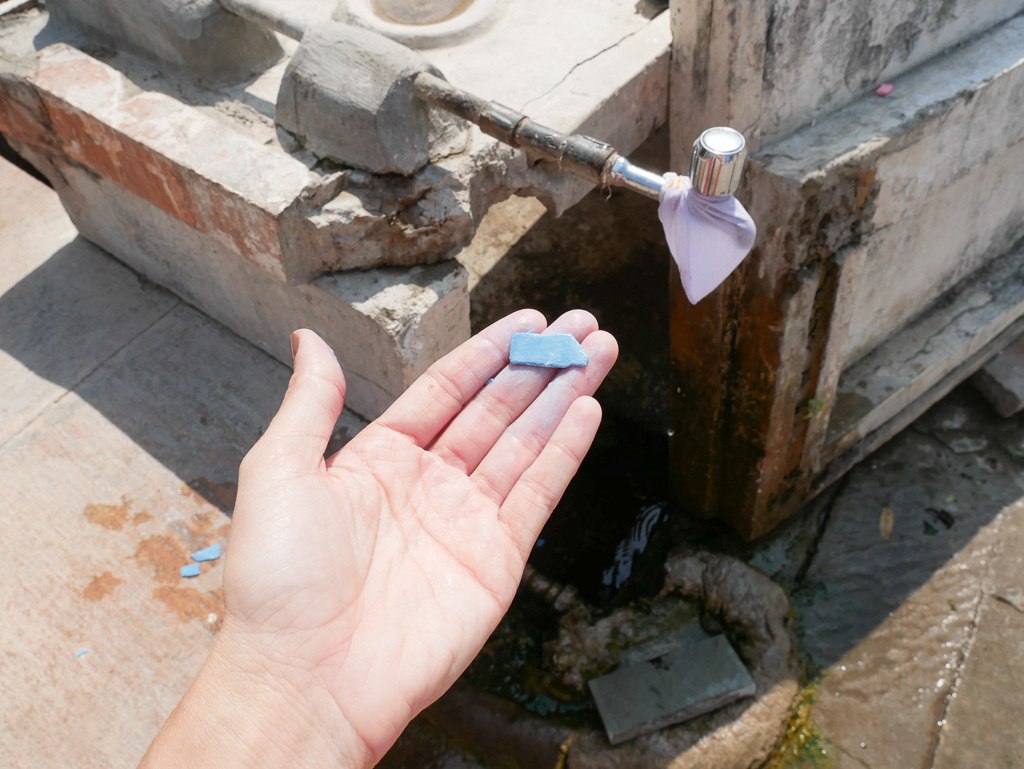 These tiny little pieces were all we had and it was laundry soap, but made due and all was well!

Basically, traveling in India is a lot of little incidents like this. A car journey can turn into something ridiculous really easily when you make roadside stops. When you travel for months in India and change towns every couple of days like I’ve done many times, you spend SO much of your day just figuratively covered in monkey shit.