This is India! (ten)

When our dog Huckleberry Finn was little, he fought through Parvo virus and made it. Our other dog, a retreiver called Piso, didn’t make it. We bought them at the same time and tried our best, but this virus takes many dogs’ lives in India. 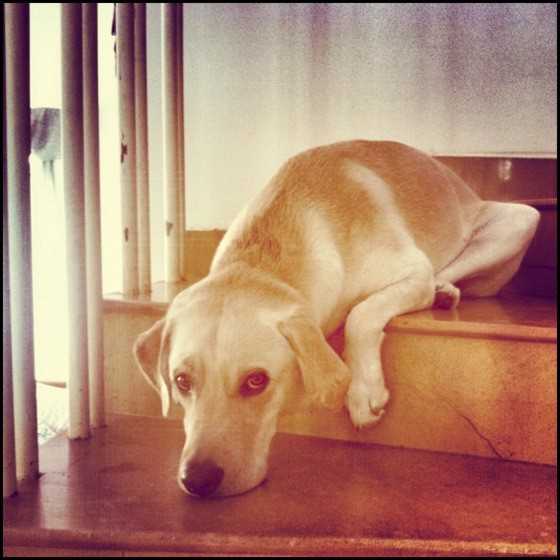 There was more to worry about after parvo. I worried a monkey would steal him, that a cobra would sneak attack and bite him, or a python would squeeze him to death. I was totally caught off guard when Huck got attacked by stray dogs in Goa… it was terrifying!

Huck was a little bit spoiled because of all his puppy troubles. He had never been caged, punished, and we never let him run around with the strays. I’d already lost one puppy and didn’t want anything to happen to Huck. When we went to dinner at a friends, Huck sat in my lap. 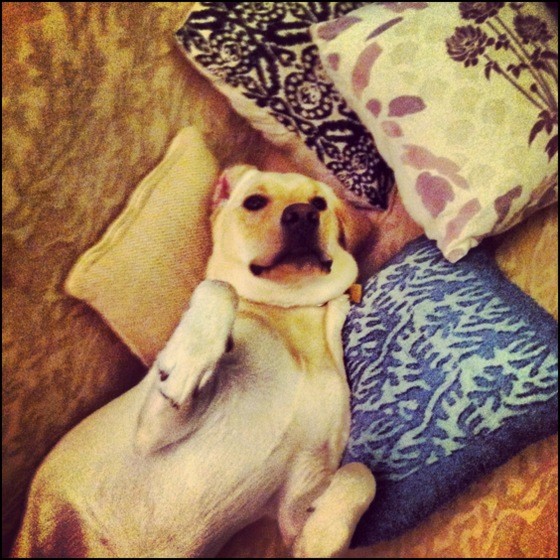 The bar up the street, Happy Bar, has a few dogs that Huck plays with but the bigger Huck got the less they wanted to play. Huck ate curtains, couches, all our board games, pillows, and blankets. But he’s REALLY cute. It wasn’t like we kept him inside all day, but he wasn’t getting enough running time. It’s weird coming from the country in Ohio, where my dog ran free and wouldn’t even know what to do if I put a leash on her.

We finally decided at about 1 year old he needed to run free with all the other village dogs in the rice fields so that he’d stop being so bad in the house. My friend Katja has two older dogs that we were going to let Huck run with so he’d actually stay close and come back when we called him.

When Huck got off his lead to run in the huge field, he looked like how a camel runs. Absolutely NO coordination. His back legs were flinging every which way and his tongue was flopping around. He’d never been happier!! 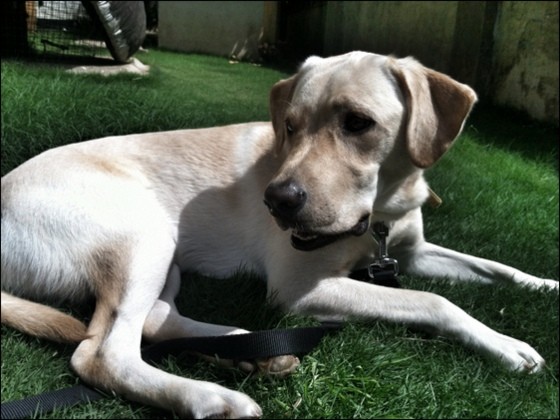 The village dogs came to the top of the paddy field barking. Katja’s big dog ran toward them to mark their territory and scare them away. Huck didn’t realize what was happening but wanted to run with his new friend. When Katja’s dog stopped, Huck kept going….

He ran straight at the pack of village dogs and they started to chase him. It was too late. 4 dogs had him pinned down. Huck squealed so loud and Ben and I were running through the field to get to Huck but the strays were in and out in a second.

Huck jumped up and ran back to us defeated. He’d been bitten on the butt but luckily they didn’t peirce the skin. Although my heart stopped because it was the scariest thing to have happen, I know deep down and everyone assures me that Huck learned a valuable lesson: not every dog wants to play with him. All dogs are not his friends. He should also come when we call him!

Having a dog in India comes with a whole new set of issues, especially with the mean beach dogs. 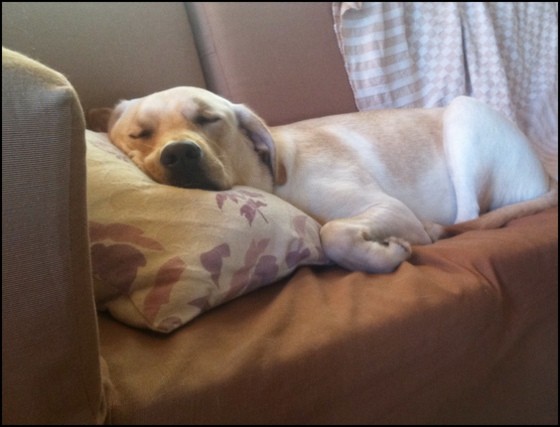 We haven’t taken him back in those dog’s territory again because although Huck learned a lesson, he’s a little daft, and I’m afraid he’s already forgotten and will do it again! So now on top of mean monkeys, snakes, and viruses, Huck has dealt with a pack of strays.