Tipping in India: how much is average?

When you arrive in India and hop in your first ever taxi ride, don’t be surprised if the driver turns around and says, literally: “give me a nice tip?” or if you take a shuttle bus at the airport and someone says “give me twenty rupees tip” or maybe even someone trying to “help” you at the airport when you don’t want it and then rudely demanding a tip. Wow, tipping in India seems intense upon arrival, right!?

This might lead you to believe that India has a “tipping culture”, but it truly does not and never did until tourists from abroad came here and started tipping. My Indian friends do not tip unless the bill requires it (as some nice restaurants add it to the bill). We talked about this in my Facebook group for India travel tips and the Indians in the group confirmed that tipping is not compulsory or expected but is a “nice” bonus.

“While India culturally does not have a strong tipping tradition, in most of the tourist towns tips are expected and frowned upon when not offered at all.” –India Someday

While it’s not the norm and there are many people who do not tip, I do tip. In Goa, it’s more expected to tip as there are so many foreigners here and many business owners are expats. I’ll give some examples of what you might tip in India for different instances.

Keep in mind, this is what is normal but it doesn’t mean you can’t tip more if you feel like it. You’ll see that a little money goes a long way here and even a small tip is appreciated even though in Indian culture they won’t show it or say “thank you” very often. Although tips are not expected, it’s a nice thing to do!

Drivers rarely expect a tip. If you are doing an airport transfer or have negotiated a rate with a driver that’s rounded to the hundred, then you don’t need to tip. They won’t expect it. If you take a rickshaw and it’s 180 rupees, you could tell them to keep the change, which honestly in Mumbai most people won’t even let them keep the change.

This is a little different as this driver will be with you all the time and will expect a tip from you. The going rate is around 200 rupees to 400 rupees while on a tour per day, depending on how good he was. During tours, you are not expected to pay for the driver’s hotel, food, etc. If it’s through a company they will provide this, and if he offers the tour personally, he will arrange this and include it in the total price.

While this is the going rate, if you are on a super luxurious tour, then you might like to tip more. 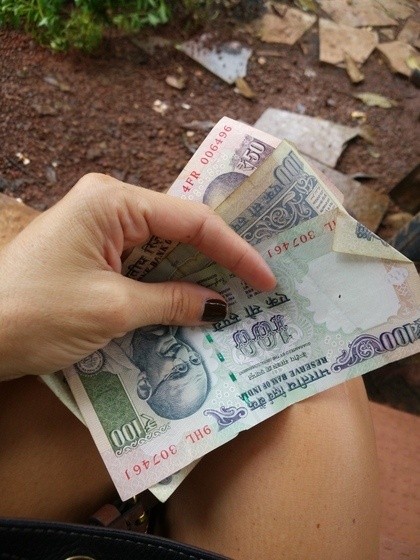 The general gist of tipping in restaurants in India is 10% for a huge tip, 5% for an average tip, or leave the change unless there is a service charge on the bill, in which case you do not need to leave more tip. As mentioned, many people will not leave any tip and I have even seen people force the restaurant to take the service charge off the bill saying it’s “illegal”, although I am not sure if it truly is.

In a luxury hotel or somewhere fancy, you should keep in mind that if you order a cocktail for 500 rupees, your bill could easily be closer to 900 rupees. This is because there is GST at 18% total, 10% service charge, and a “luxury charge”, plus an alcohol VAT. If you go to a spa, or somewhere you’re already thinking you’re splurging be SURE to ask them the TOTAL price so you are blindsided.

If there is no service charge at a decent restaurant, you could leave 10% which they would be really happy with. If you are at a roadside stall, you could “leave the change”.

More information about tipping in India:

Transportation, tours, and restaurants are the biggest things involving tipping. There will be other times a tip is required, though.

In India, people will “help” you and demand a tip. If you don’t want their help or to tip them, then do not allow them to help. This could be someone leading you somewhere when you are lost or helping you with luggage at the airport. They might look like staff, but they will be expecting a tip. It’s unwritten how much and usually 20 rupees is okay.

You’ll want to tip if you get your hair done or have a massage or other spa treatment as well. You’ll even want to “tip” (donate) at temples! You can leave 10 rupees or so especially if they put a “red dot” on your head at the front of the temple and bless you. Be aware, some temples aren’t as relaxing as you might hope and touts will follow you sometimes asking for a donation or a tip for all the information he’s telling you about the temple. Honestly, you just have to follow your heart on these things because while on one hand, they shouldn’t be bothering you, on the other hand, they really need the money and even 20 rupees is helpful. Just do what feels right. When it’s obviously a beggar, though, don’t give money – here is why.

You can keep some small bills separate in your purse so that you can pull them out quickly and just hand them to the driver or whoever you are tipping without everyone seeing or that person seeing how much money is in your wallet!

Do not tip: beggars who ask for one for no reason, police (unless it’s basically a bribe which is illegal but use your best judgement because if you call them out you could cause trouble – almost all tickets for foreigners are written a hundred or so rupees lower than what the policeman will ask for aka his tip) 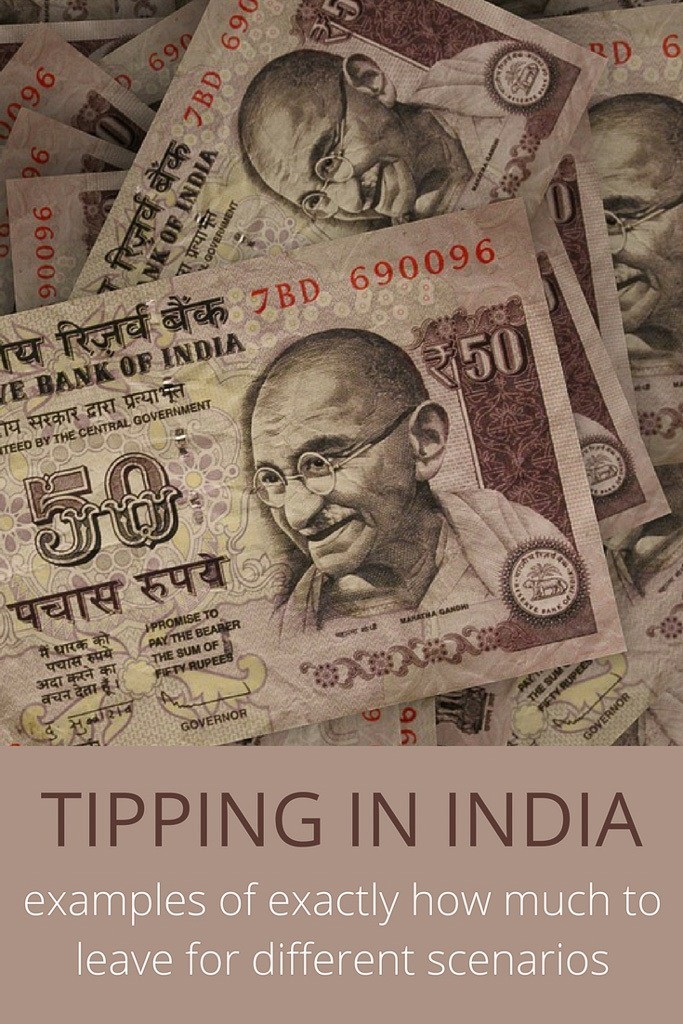