The Wagah Border is the only passing between Pakistan and India, two countries that sort of want to blow each other up. Everyone said go to the border, it’s “interesting”. They put on a show everyday and open the gates for two seconds.

So we went to the Wagah Border Parade. We knew nothing, so I decided it would be fun to show you a video of what we saw and let you feel as shocked and confused as I did! Then after the video I’ll explain a little more about it. FYI, this was before I had a blog and quality is well, horrible but still worth a watch!

We didn’t know whether to laugh, dance, cheer, or stand there with our heads to the side like a confused dog.

First of all, when we arrived they took us to a different line and without a word checked our passports (you MUST take yours) and send us to the “foreigners” section which was quite small, but still larger than I thought it would be. 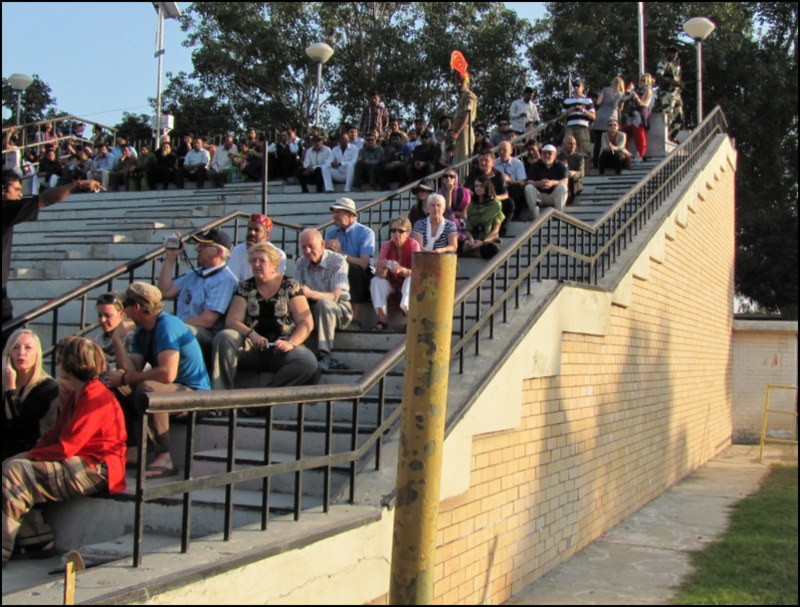 It was set up like a sports match. The Indian side was PACKED, while the Pakistani side was very small and males and females were separated. 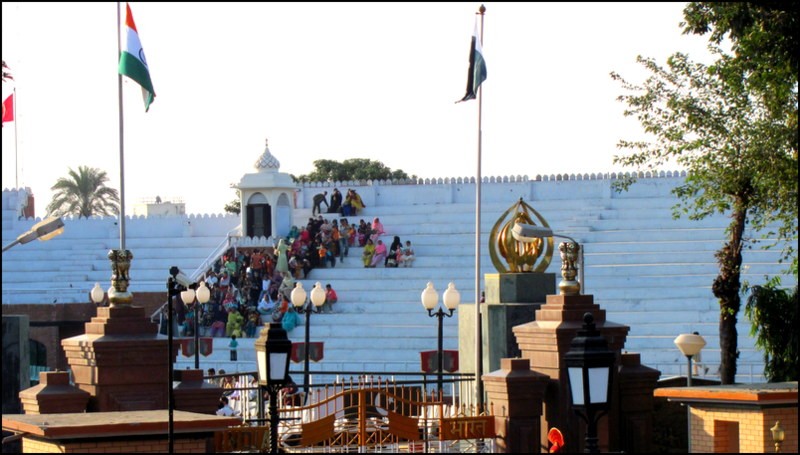 While the guards practiced high-kicks in the background, Indian girls danced in the center to fun Indian music while the men ran up and down the isles with Indian flags. Everyone was so happy. It reminded me of a Saturday outing to a baseball game… sort of.

The guards then did their show. With similar outfits to the Pakistan soldiers, and similar high-kicks, it made me wonder if they practice together. The show was fun-loving while they held serious, mean faces. It was all fun, no tension. 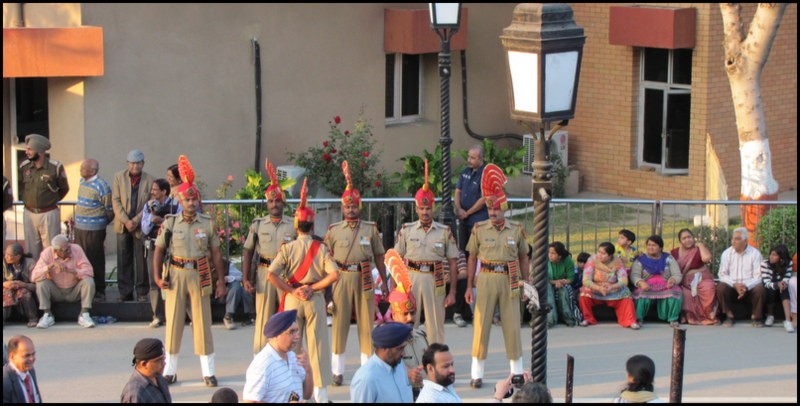 After the gates on each side opened for just a couple seconds, they were closed again and it was all over. The crowds disappeared and we all got bags of popcorn on the way out, asking each other, “what the hell just happened?”

It was fun and I would go again. I did expect it to be more dangerous and exciting, rather than fun and suitable for four year olds, but the surprise of the show kind of turned me into a child again! 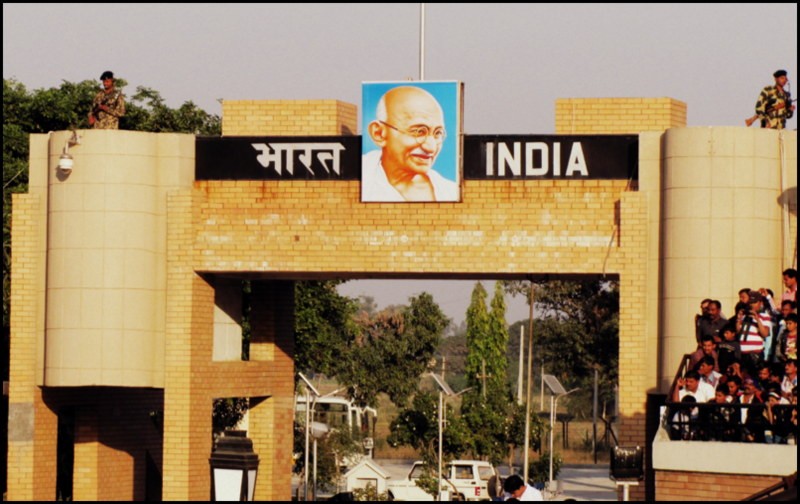