Where to Stay in Istanbul (& How to Get Around)

I adore Istanbul! Ten days was a long time to explore, plus I researched a lot ahead of time. This article will show you where to stay in Istanbul and how to get around! Plus I added a map so you can see everything laid out.

Of course, 10 days isn’t enough to “know it all” so this is just what I can share, while I’m sure there are many more great areas! I will be following up with an article on my time in each of these places.

Where to Stay in Istanbul 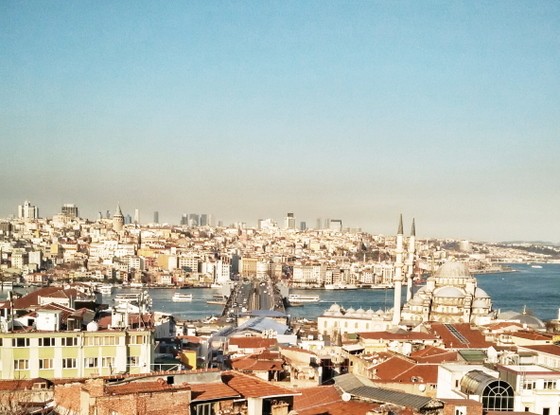 There are so many neighborhoods in the huge city and lots of options to choose from. I’ll give you a breakdown of the Istanbul neighborhoods so you can decide.

Beyoğlu is the European side of the river, on the Eastern side, and is known for being a trendy area full of cobbled roads, great cafes, pubs, and shopping, as well as boutique hotels.

Inside Beyoğlu are the popular areas of Taksim Square a popular tourist area, Pera (Greek neighborhood), Galata (shopping area, Galata tower, also touristy), Karakoy (very cool, trendy, young), and Istiklal street (shopping street, very busy and touristy). Also in this area is Serdar-ı Ekrem,  a very popular road for shopping. There are a lot of trendy boutiques. The Soho House is also in this district.

Try one of the Airbnbs in the neighborhood, like this boutique flat or this loft only 4 minutes to Taksim Square. 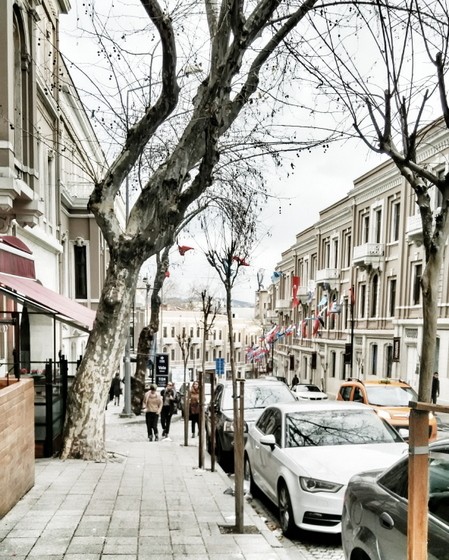 Further from the tourist attractions of Istanbul, you’ll see the Şişli District and Beşiktaş, which holds they very upscale Nişantaşı. It might look very far apart, but for example, I stayed at Hotel W in Nişantaşı and could walk to Taksim in about 30 minutes.

You could also try this feminine chic apartment or this stylish apartment. 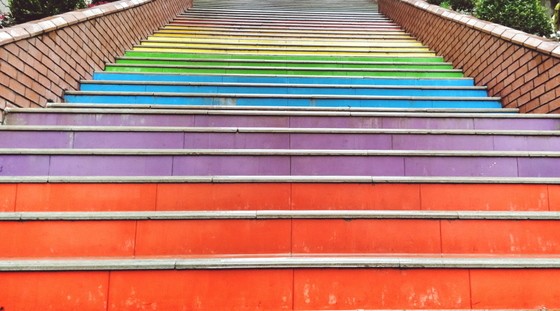 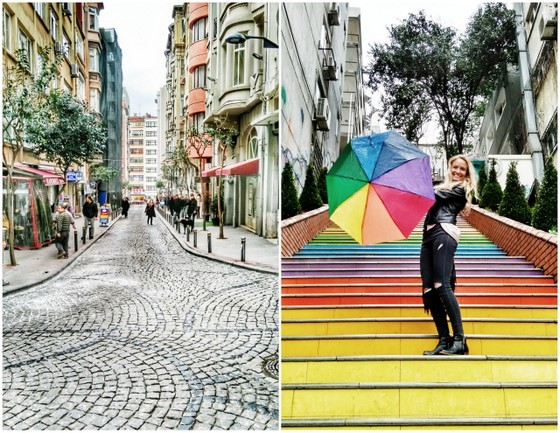 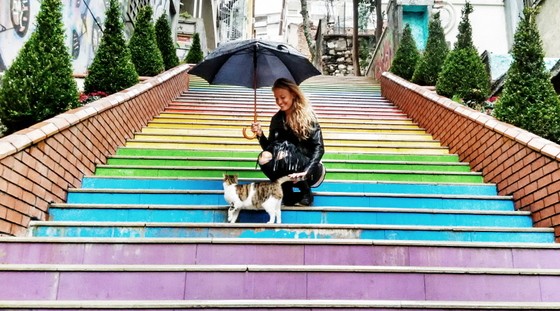 You can go even further out. As you can see Hotel Raffles, who I visited for a spa treatment, is way out there. Next to Raffles is the newest mall in Istanbul, Zorlu Center, which is a high-end designer mall with delicious food court!

It took about 20 minutes via Uber to get from the Raffles back down near Galata to Kilic Ali Pasa Hamamni where I met a friend. Even further out in Şişli is Bebek, which is known for its pastel-colored Ottoman Empire restored homes. 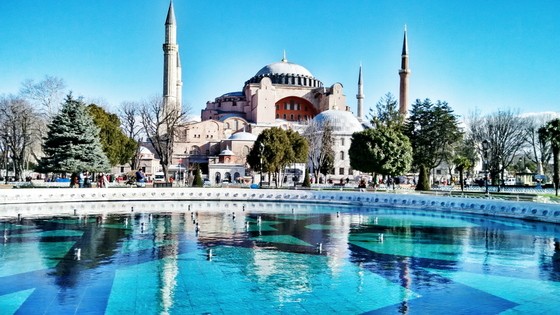 On the other part of the European side is Sultanahmet, which is the #1 area for tourism in Istanbul as it holds the Hagia Sofia, Blue Mosque, Topkapı Palace, and the movie-famous Basilica Cistern. You can stay here, but it’s a little more expensive in this area for shopping and food. By a little, I mean instead of a 6 Lira ($2) kebab, you could spend 16 Lira ($5). It doesn’t seem like much but you are basically going to double your food and drink costs while here.

Sultanahmet is very close to the Grand Bazaar. I think it was two stops on the tram and about 10 minutes. If you stay in the Beyoğlu area and head to Sultanahmet, you’ll take the tram right through Galata and the Grand Bazaar and Spice Market, making it really easy to stop and see everything.

Your last place to consider is the Asian side of the strait. Personally, I wouldn’t do it your first couple days in Istanbul, but once you get yourself grounded, it’s really not a big deal to cross the river. I went to Sumahan on the Water for lunch via their free ferry and it was SO worth it. Üsküdar is the cool area over there which you can see the whole of if you zoom out. Check out here what tourist attractions you can see on the Asian side. This website is also helpful in showing the ferry schedules.

If you stay in Üsküdar, try this cool penthouse or this fully restored residence. 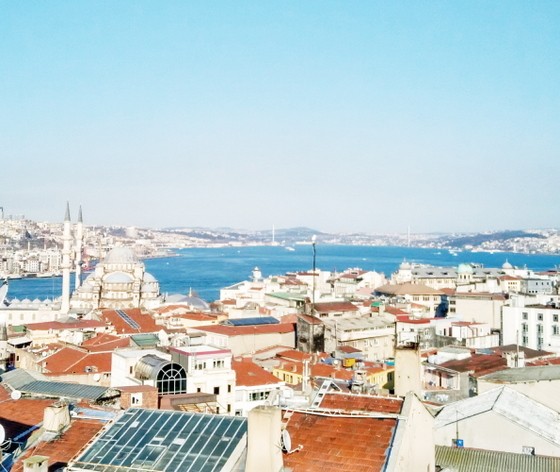 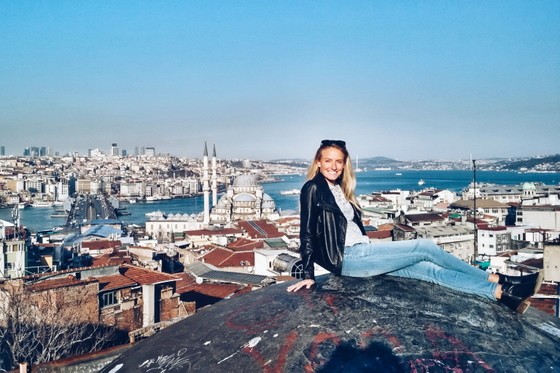 The Bosphorus Strait actually does divide Istanbul into two continents. Taking a ferry ride at sunset is a big tourist attraction and if you stay on the Asian side, you can spend a lot of time on the water anyways!

Overall it seems to me Sultanahmet is the place with all the tourist attractions, Beyoğlu comes in second with things to do and see, then the Asian side, then going way out toward Bebek if you have a lot of time!

I know this is a lot of information to take in- but use the map and the stars and get a feel of the area before you go. It’s so worth it. It will save you time once you’re there by planning ahead and you’ll be staying at a hotel in the area you choose!

Top Places to Stay in Istanbul By Area

I stayed in two hotels in Istanbul and visited two hotels for their spa, and one for dinner. A few are ones that were on my well-researched list of places I was considering staying. All of these are top-notch awesome choices, with stats showing they are some of the best hotels in Istanbul. I hope you have found out where to stay in Istanbul from this article. 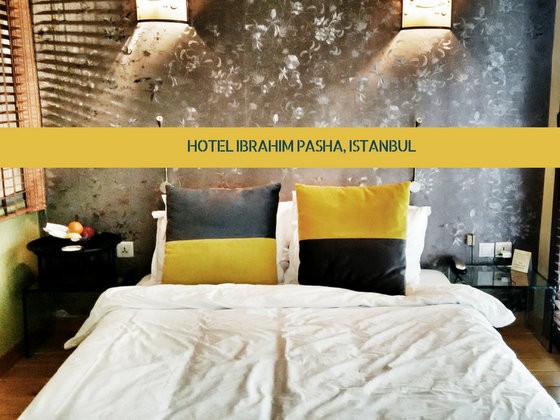 Top Hotels on Asian Side in Üsküdar 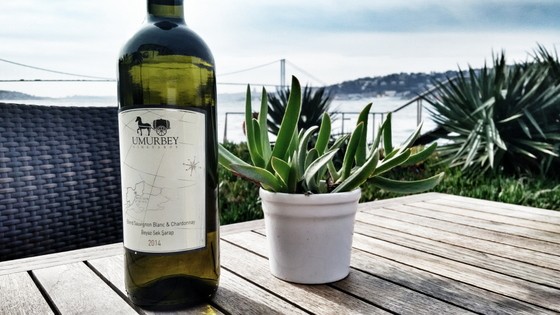 Top hotels in Şişli and Beşiktaş 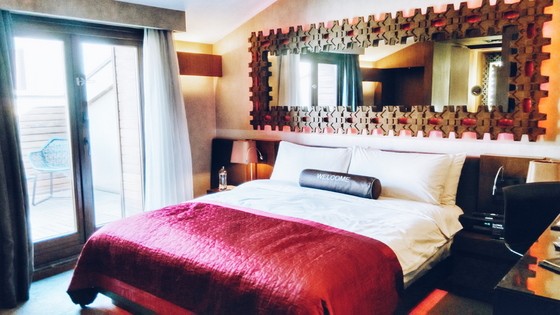 How to Get Around Istanbul

The tram system in Istanbul is amazing. I am terrible about public transportation being from Ohio and even I found it so easy to navigate.

You buy a toke for 4 lira (a little over a dollar) from a machine near the stop and then use that token to get to the entrance of the tram. They come every few minutes and in my experiences were never overcrowded.

I loved taking the tram around and it saves so much time from being in traffic. Because transportation was a breeze, you should not be too stressed about where to stay in Istanbul because if you can get to any area of the city quite easily and affordably. 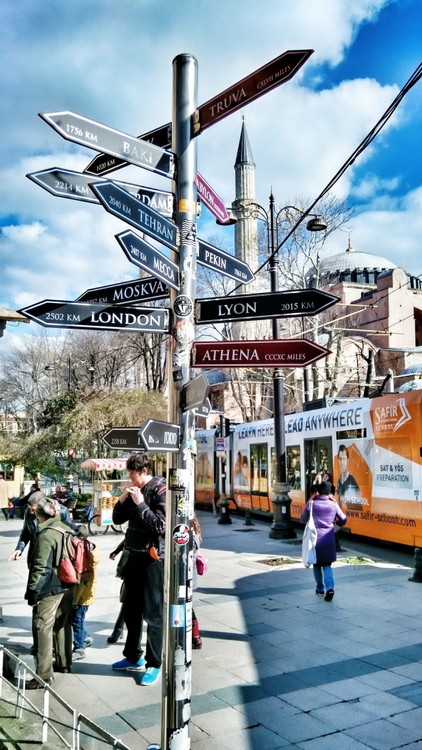 Taxis in Istanbul have a bad reputation of ripping people off. If you take a taxi or “taksi” it’s best to make sure they use the meter then follow on your phone’s GPS to see if they are going the right way. There are many one-way roads in Istanbul and drivers often take their own way which is faster, so don’t necessarily assume you are being ripped off if they veer off course. 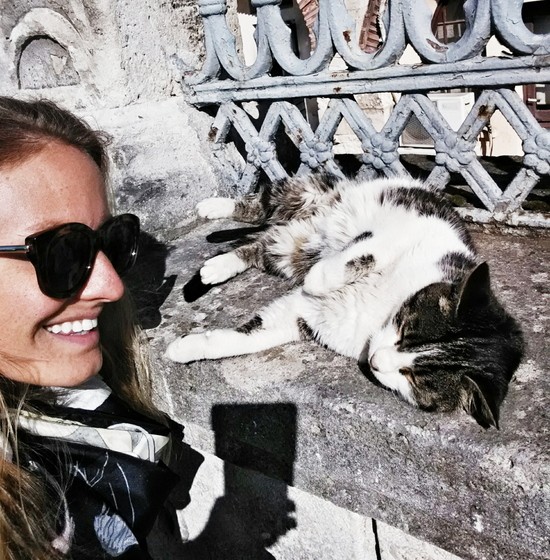 By far the easier way for me to get around was Uber. I re-downloaded the app when I arrived and found it much cheaper than taxi driver rates. I used it around 10 times and only spent $60 all together.

I did a test by asking a driver a rate for to my hotel and got him down on price to 25-30 Lira. I told him nevermind and took an Uber which cost me 15 Lira ($5 USD), so it seems Uber is the best. It is an easy app to use as well! Download Uber here for iPhone and Android.

The other car service I tried was Black Lane who is all over Europe. I had vouchers for them so booked two rides, one of which was to the airport when I left. They sent a driver in a suit and very fancy car to pick you up. It’s all very business class! They also sent emails saying who the driver would be and when he was outside the hotel. It’s more expensive than Uber, but you get a more luxurious experience and you know they’ll show up whereas sometimes your Uber driver gets lost or cancels your car request. 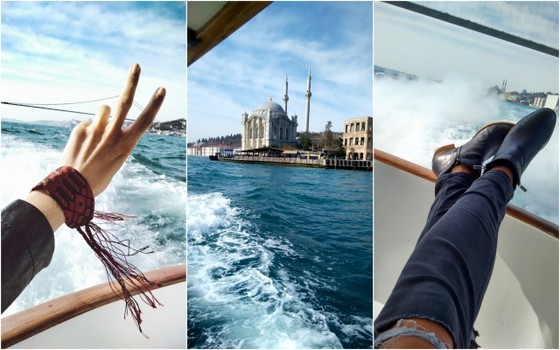 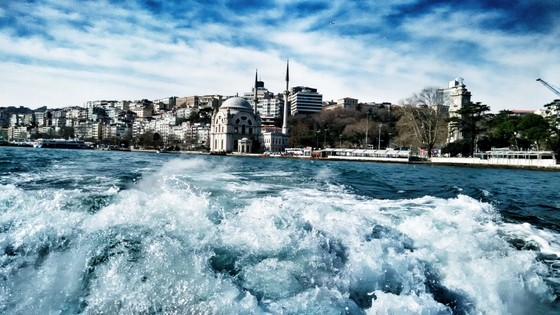 When you want to go to the other side of the river, the “Asian” side, you can use a ferry. Ferry services are in too many places to mention. Some hotels and restaurants offer a free ferry. There are also water taxis in Istanbul but they are very expensive.

Another way to go across the river is under it via the metro. I did this to save time as the ferries stopped due to the wind and the traffic on the bridge above was a standstill. It took about 5 minutes and shot me out right at a tram stop on the other side. 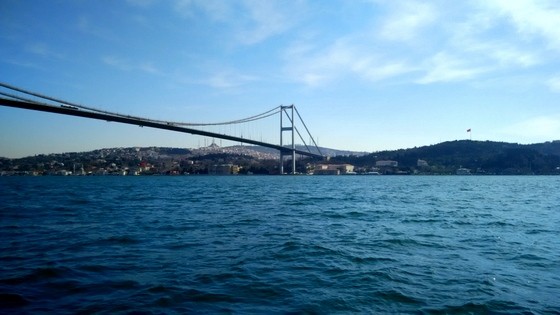 Take a little look at this to familiarize yourself before you read up on which area you want to stay. To give you an idea on Uber ride costs: a ride from Nişantaşı to Sultanahmet cost 17 Lira ($6). So if you’re worried about getting around and being far from tourist attractions, keep in mind Uber is affordable and the trams are very affordable and easy.

I’ve pinned all the neighborhoods I mention below plus a couple of hotels just as reference points so you can get an idea of where to stay in Istanbul on your trip.

Have you been to Istanbul? Do you have any tips on where to stay in Istanbul? Let me know! 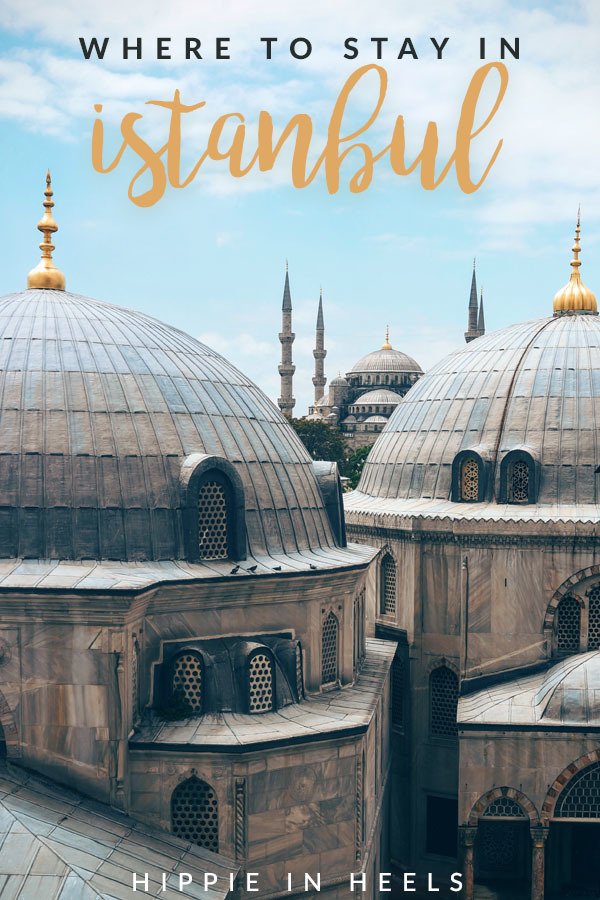