Top Secret: number 1 thing to do in Kochi

When I went on the Kerala tour with goMowgli, there was one place I wasn’t that excited about: Kochi. Reason being, I’d been there a lot since Ben used to work there. I stayed on Marine Drive but on weekends we wandered Fort Kochi, explored all the things I could find online that were fun: ice skating (really!!), bowling, LuLu’s, boat rides… so, I kind of figured what can I do on the goMowgli tour that will be exciting?

UPDATE: As of 2018, gomowgli is no longer – sadly! If you still want a tour in India, I recommend checking out my blog post with the best group tours and this post which explains the best day tours for the adventurer!

The REAL number 1 thing to do in Kochi

Turns out, the Chinese fishing nets of Fort Kochi that I always thought were a little too touristy (I’ve been told they don’t even catch fish there anymore) are not the best thing to see while you tour Kochi.

GoMowgli actually knew a secret (not surprised there!). Wandering through the fishing village they took us to was by far the coolest bit of Kochi. 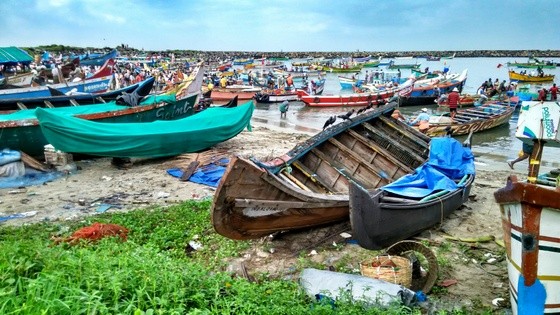 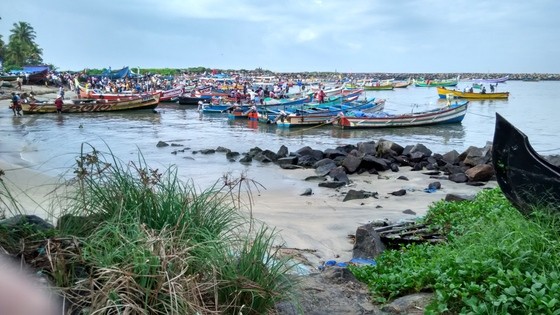 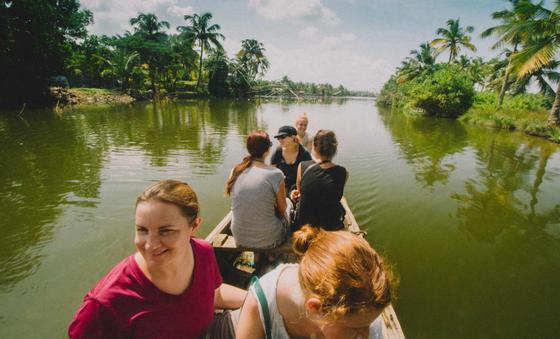 Bonus: after the fishing village they took us down a little path that turned to an area of paddy fields that turn to lakes during monsoon season. We took a boat across and (drumroll….) there were REAL Chinese fishing nets. Ones that actually worked and were being used my locals! By the way, the Chinese introduced this way of fishing which is why it’s called “Chinese”. 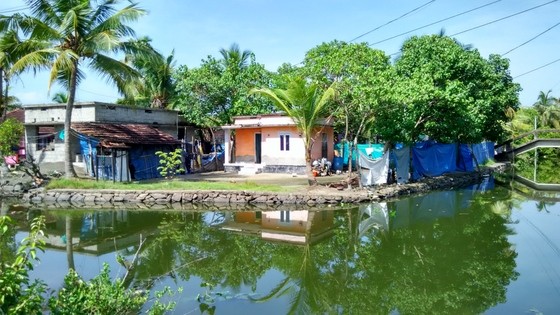 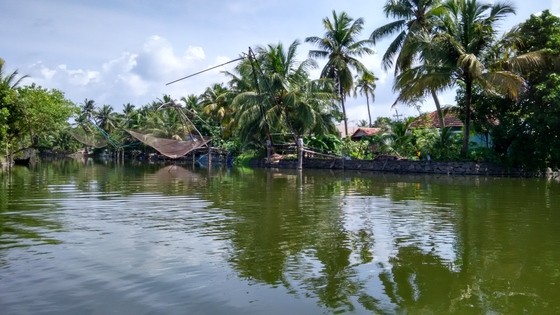 I wanted to share a photo gallery of this cool place which the local people would not like the name of to be released, although will be happy to take a few individuals if you ask. I think asking any local where the fishing village is, will get you connected with someone who can take you, although there are more than one, so it may not be this one. Seeing a fishing village is by far the number 1 thing to do in Kochi.

A few of the most interested tidbits I observed at the fishing village: 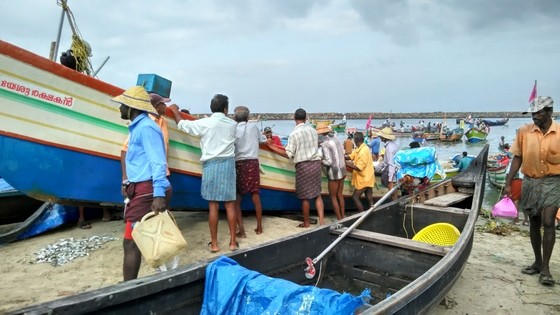 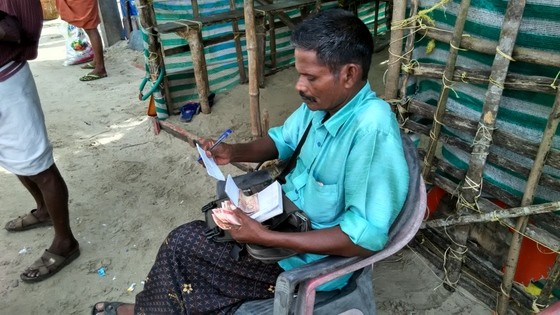 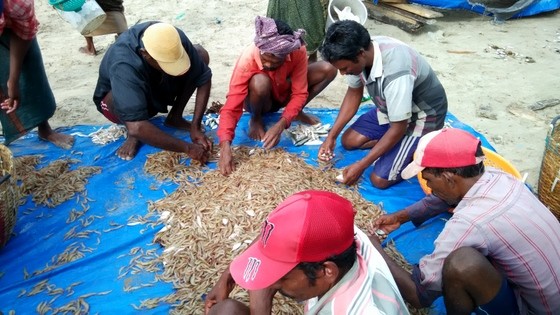 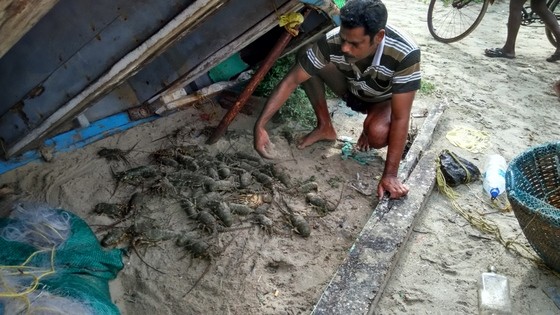 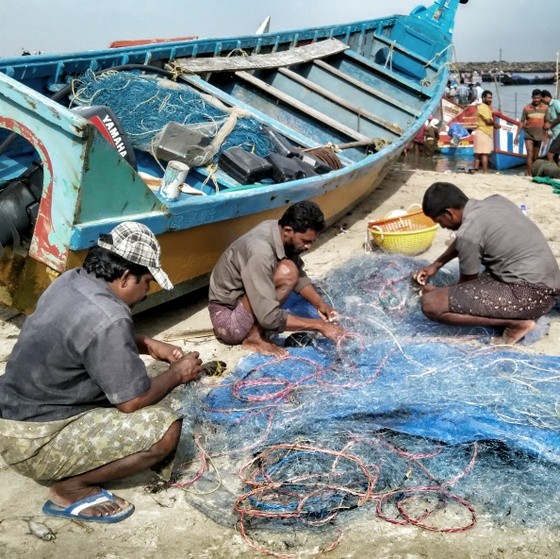 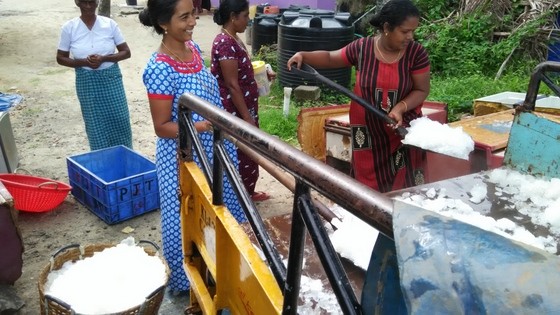 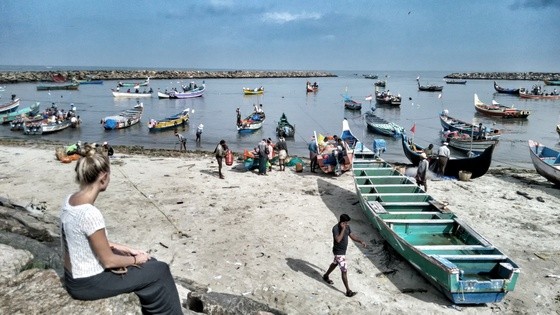 In case you’re wondering what the men are wearing, it’s a lungi which is traditional dress in Kerala and most of South India. In fact, before I met Ben he lived in Kovalam for a year and himself wore a lungi. It’s breezy! I actually have some similar to lungi called lapati that I wear as a swim coverup. 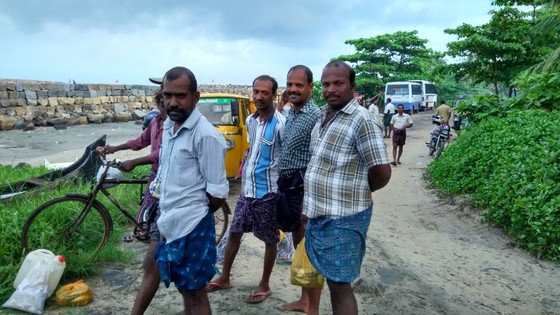 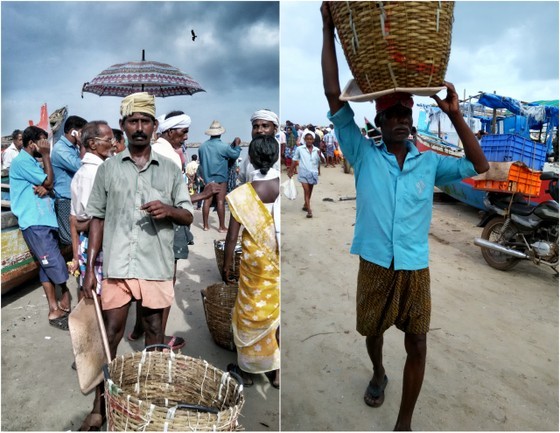 No one seemed bothered that we were there, and I’ve been told a local guy takes tourists occasionally. The women selling ice to the exporters were having a big laugh wondering why on earth we found it interesting. All in all, it was a positive experience in that I didn’t feel we were invading their space. Men would stop and want their photo taken even when walking with a basket on their head.

The following set of photos are some of my favorite from Kerala… mainly because of the dog! But also just showing the whole vibe of the place with the fishermen, the woven baskets, the catch, and how chill it was even though you’d think it would be full on chaos. 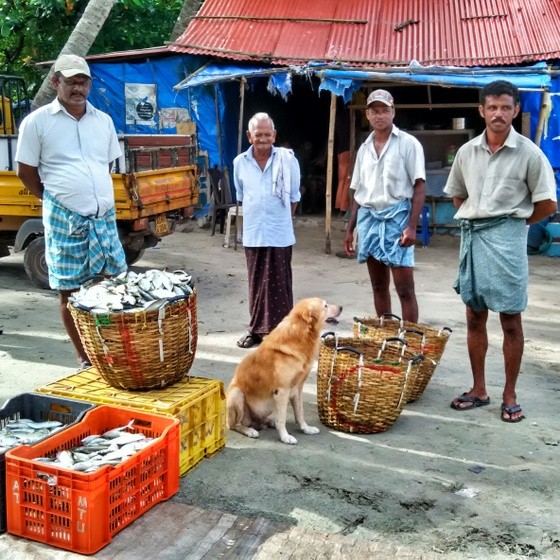 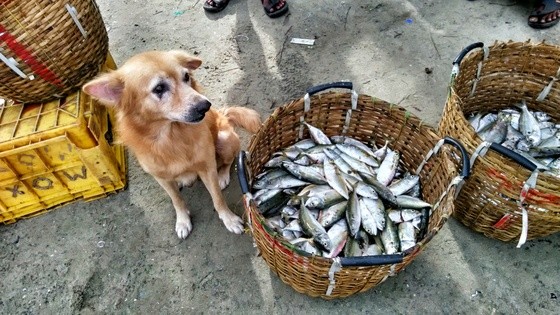 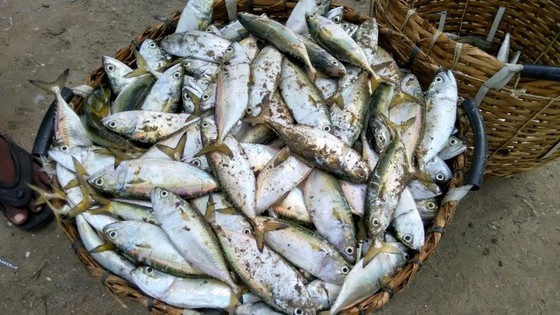 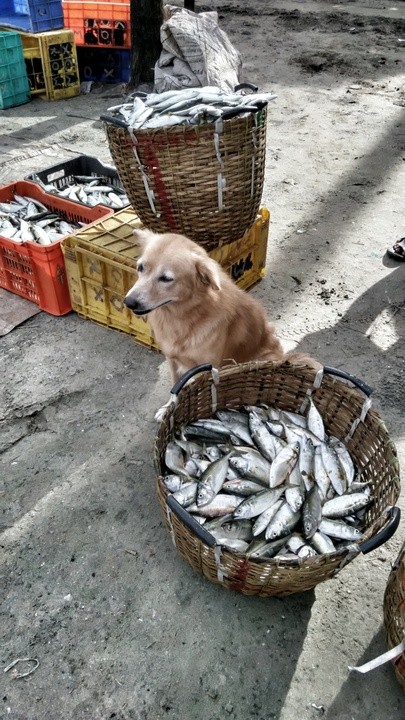 As I said, we walked a ways to see the local homes on the paddy fields and Chinese fishing nets. We took a little stroll and found a guy making boats. I found it interesting that the small boats used to cross the flooded paddy fields had drivers supplied by the government; they even had government driving uniforms on like taxi drivers. I can’t stroll in a rural area of India without taking cow and goat photos. I just can’t! 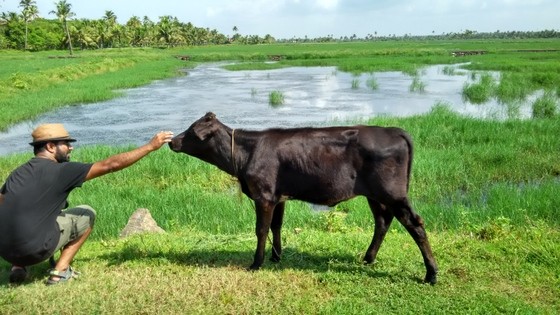 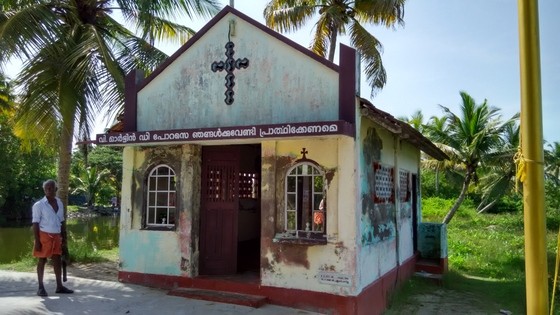 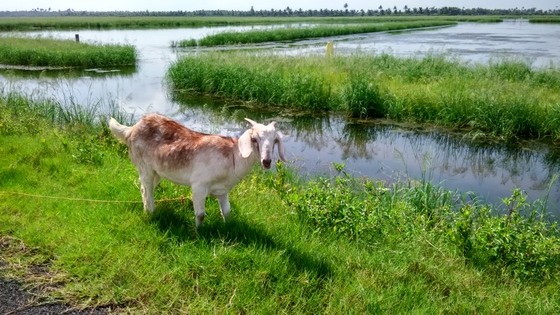