Taking Ben to the Rock and Roll Hall of Fame // Cleveland

Although I was home in Ohio for a month, Ben only came for about a week, just in time for my best friend’s wedding. He knew I lived out in the middle of nowhere, but I don’t think he quite grasped it when he asked if we could spend a few days in NYC or Chicagao. I had to explain how far spread it they really are and how we don’t have trains to take us around.

I wanted us to be home the whole time anyways because he hadn’t met my family, but when Ben took me to England, we went to the theatre, a castle, all these fancy restaurants, and walked around London seeing places I chose. I needed to give him a balance of tourism and staying home. At home we shot guns, he watched the farmers bail hay (so funny that he thought this was cool) and went to huge shopping malls. I needed to find somewhere in Ohio to take Ben and the Rock and Roll Hall of Fame was the first place I thought of. I also wanted to take him to COSI in Columbus or at least have a night out there but we ran out of time. This is probably because my family and I spent so much time making sure he tried all our favorite foods.

The museum is HUGE and people come from all over the U.S. to see it. Like the NFL hall of fame, each year people are inducted and there is a big concert. We spend a few hours walking through, while spending most of our time reading about our favorite artists from the 70’s.

It was just announced Beyonce will be inducted in 2022 and they’ve already picked out her outfits to showcase… that’s how big of a deal this place is!

This year Nirvana, Kiss, Peter Gabriel, Cat Stevens, and more were inducted. I feel like you should see a Kiss photo from then and now. 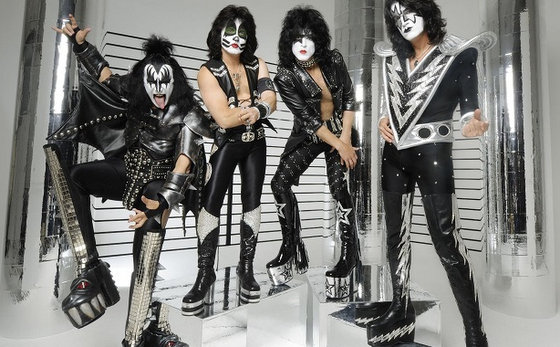 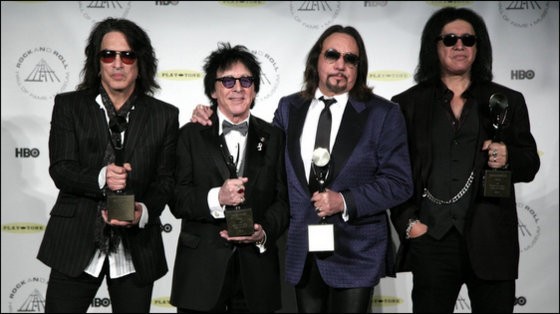 I only took my iPhone because I really wasn’t thinking about blogging at the time, but it was too cool not to share. Some of the best collections were hand-written lyrics, Lennon’s passport and glasses, and all the clothes- especially Stevie Nicks and Jimi Hindrix

Here’s a little mini-tour (and tips at the bottom) 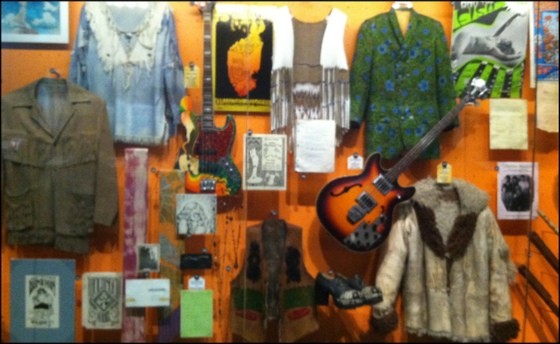 In the zoomed in look below, you can see Janis Joplin’s glasses, notes, and the drawing is actually a giant acid sheet she was gifted from a friend! 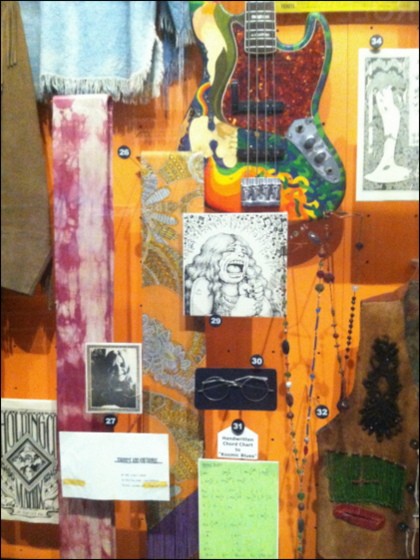 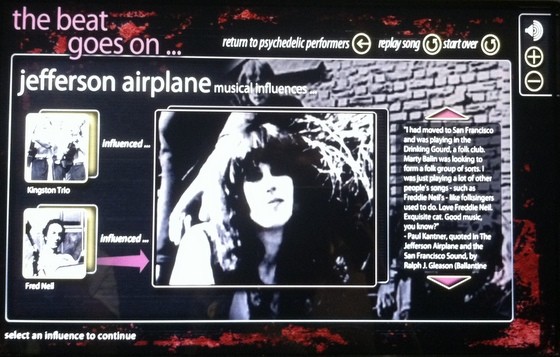 Above was a screen shot of the computer section they have when you can see who was influenced by other people. You can keep clicking until you go back to the beginning of music basically. We spent a lot of time scrolling through this. They would show two songs, one from the influencer and one from the person influenced- it was crazy how similar they sounded! 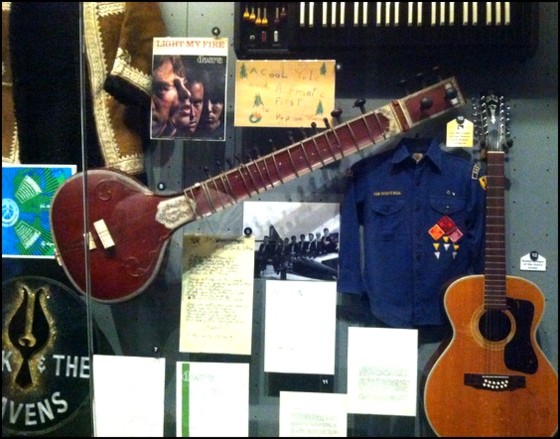 They had a huge selection of guitars, like the ones below belonging to Jimi Hendrix. 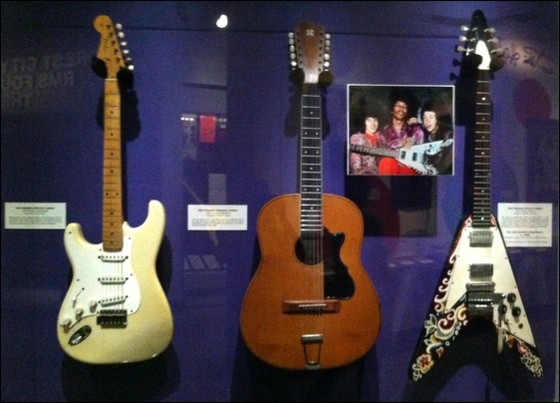 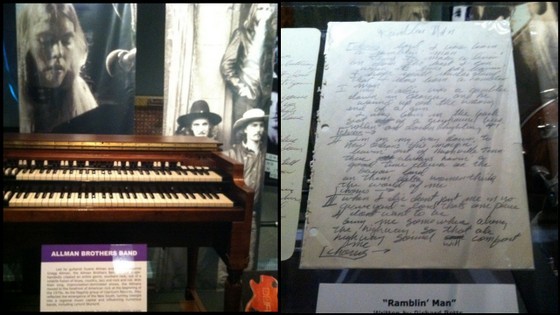 Handwritten lyrics from the Allman brothers as well as the band’s piano. I’ve always loved the song, “Ramblin’ Man”. 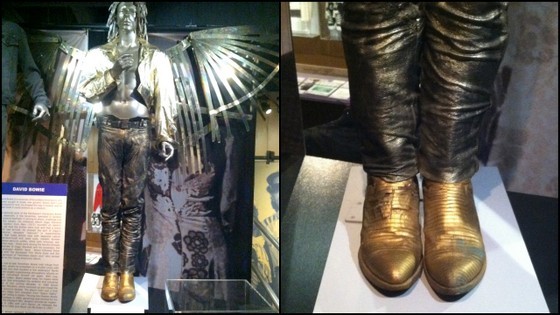 Above you have one of David Bowie’s outfits. He was such a character. Blow are some of Jimi Hendrix’s outfits from concerts. One thing I was a little surprised by is how bright the clothing was in the hippie-psy days. Now, I live in Goa which is the PSY capital of the world and a place hippie’s flock to and colors are black or naturals, kind of like the lost boys in Peter Pan. 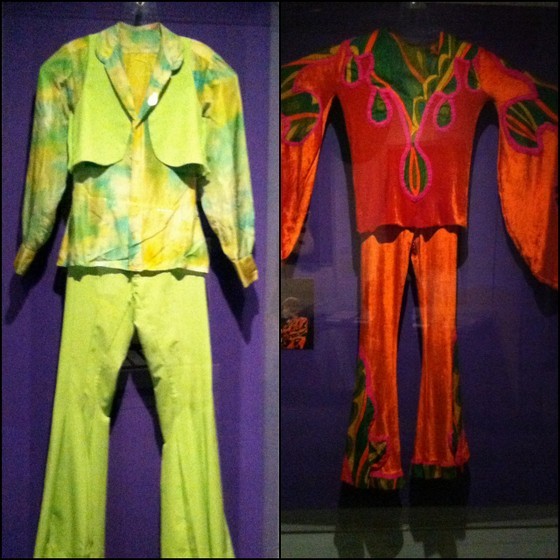 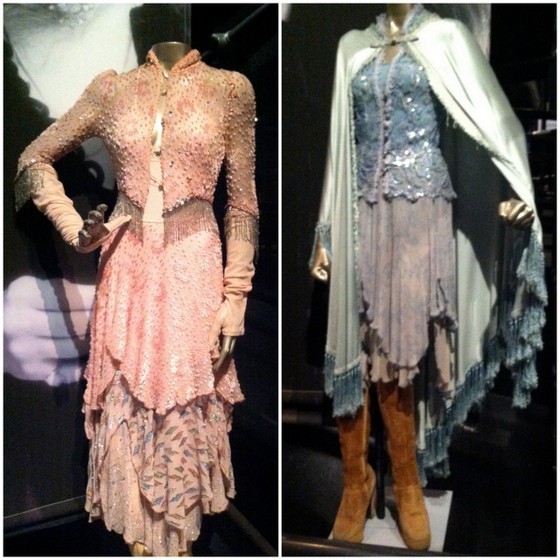 I love Stevie Nicks’ style and think her costumes look very witchy. Every time I wear my fringe kimono I feel like her! Below are some handwritten lyrics by the likes of Janis and Jimi. 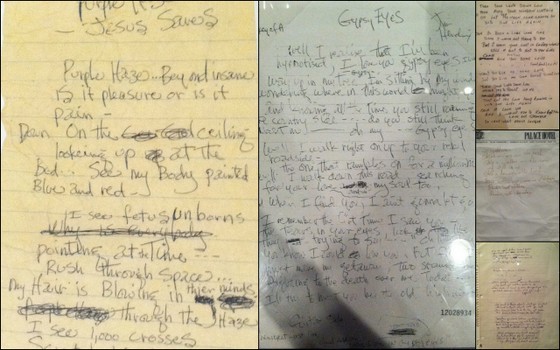 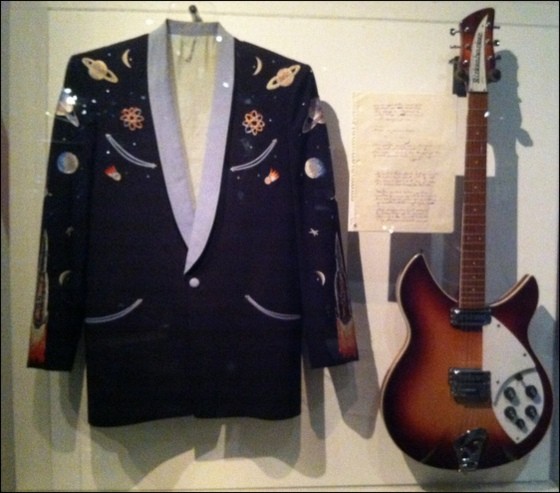 One of Tom Petty’s Jackets. It’s funny to me that now when people dress crazy and over the top (Lady Gaga) people HATE her for it, but at such a great age in music that’s just what people were doing and they were adored for it. Some of Mick Jagger’s clothes were border-line for women, yet he owned it!

Below is a drum set and guitars from ZZ Top. She’s got leeeegggz… 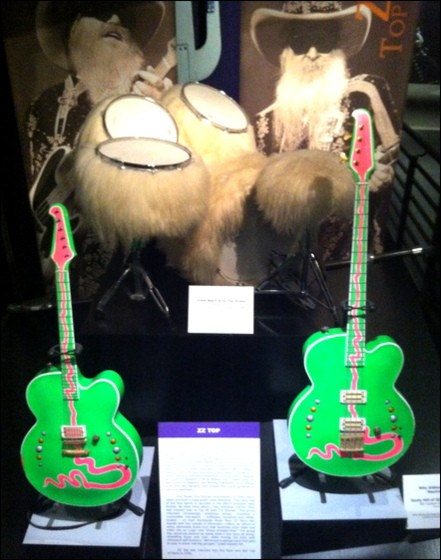 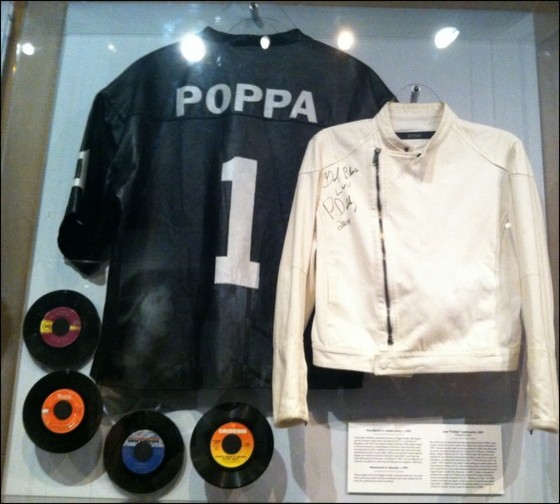 A shirt from Notorious BIG and below the gloves from the beastie boys video and CD cover. 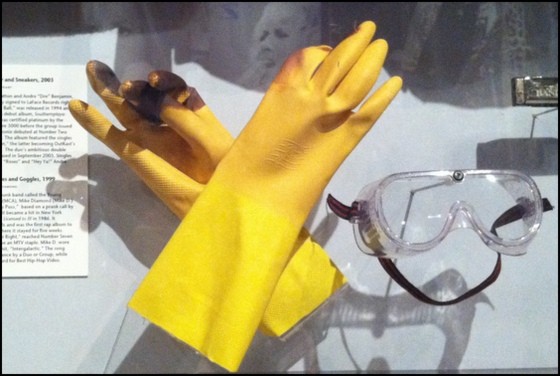 I made Ben take a photo by “the wall”, a prop from a concert. The last photo here is a group of kids playing awesome rock songs which was nice to listen to on the way out. We skipped the top couple floors which always change and at the time were the “real festival experience”. 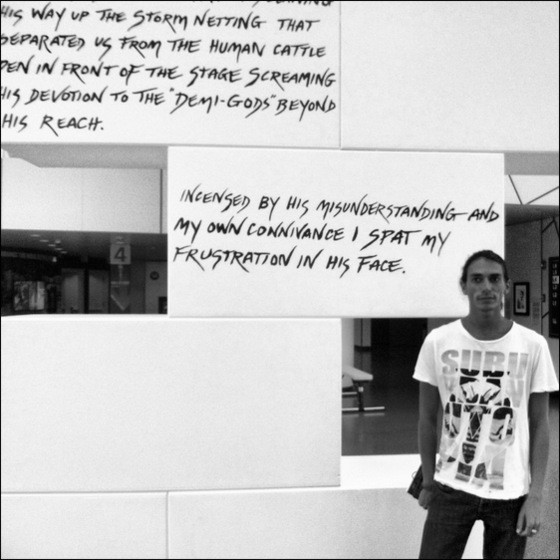 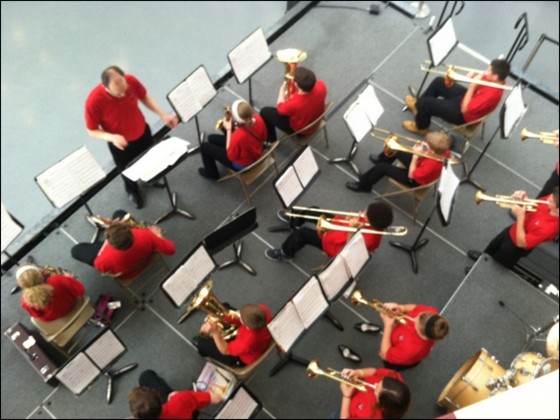 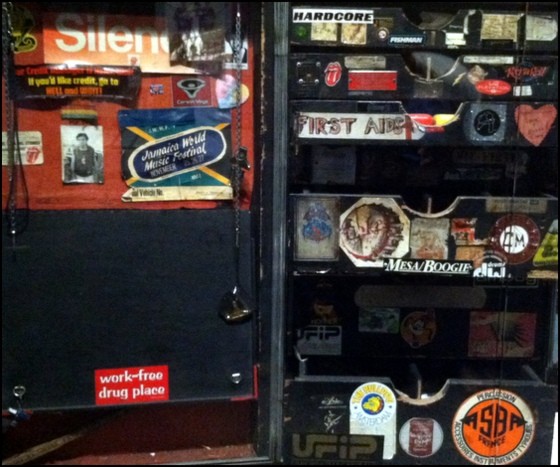 Important info for you trip: