Yoga in India: 7 Differences Between Eastern and Western Yoga

Yoga in India and in the West is very different, and as I came to explore it more it’s something I really wanted to share about on the blog. Before India, I took hot yoga in the US and loved it as a hard-core workout. I was pretty sure all I lost was water-weight, but I liked the feeling of sweating that much. In India, I was really surprised to find out what the “birthplace of Yoga” considered “real” yoga.

Yoga in India is peaceful, quiet (sometimes the teacher didn’t speak one word), we meditated for 20-30 minutes before and after, and held positions much longer, so long in fact, that I thought my arms would fall off! I was taught one-on-one yoga many times and told by my emaciated-looking 50-year-old Indian teachers that I should eat once a day, never take a group class, and make yoga my life.

Clearly, the East has a different take on the “yoga lifestyle” than the West. We know yoga came from the East, but when you pinpoint it down, they say probably Rishikesh, India. There’s a reason the Beatles chose Rishikesh to come to relax and write music with their guru.

Yoga in India: Differences between the West and East

Before we get into it, I want to share a few other articles that you can open in new tabs and read. I have been living in India for nearly six years and wrote up lists of the top places to learn yoga in India for travelers based on location. I have prices and what’s included for all of them.

It is 5 am, the crows are crowing, the cockerels are singing their morning wake up song and the dogs are barking. The sun hasn’t risen yet, but you can feel the heat in the air. Welcome to India, the origin and home of yoga, where else would I do my yoga teacher training. Not only is India the sacred land from a yoga point of view but Goa where I trained also offered me sunshine, a beach and the ability to train with local Indians who dedicate their life to yoga. This is not just a form of exercise in the East. Our day would start with two hours of morning practice with empty stomachs, ending as the sun started to rise; we would cover traditional Eastern yoga, philosophy and adapt our western lives to a totally eastern practice of yoga, worlds apart from the fitness style class in the west.

1. Our food affects our emotions

It was a culture shock to start with. Being encouraged to live a full yogi life didn’t just include engrossing ourselves into yoga practice it also included eating a vegan plain diet. The meals were designed from the Ayurvedic philosophy. The food was plain with limited spices because we learned that food has a big impact on our emotions, plain food doesn’t play with emotions and also caters for vegans, vegetarians and people with food intolerance. Being plant-based it was easier to digest and it made me feel guilty for all the times I over ate in the West and did not listen to my body when it was hungry; I would eat for the sake of it and because there is an abundance of food. 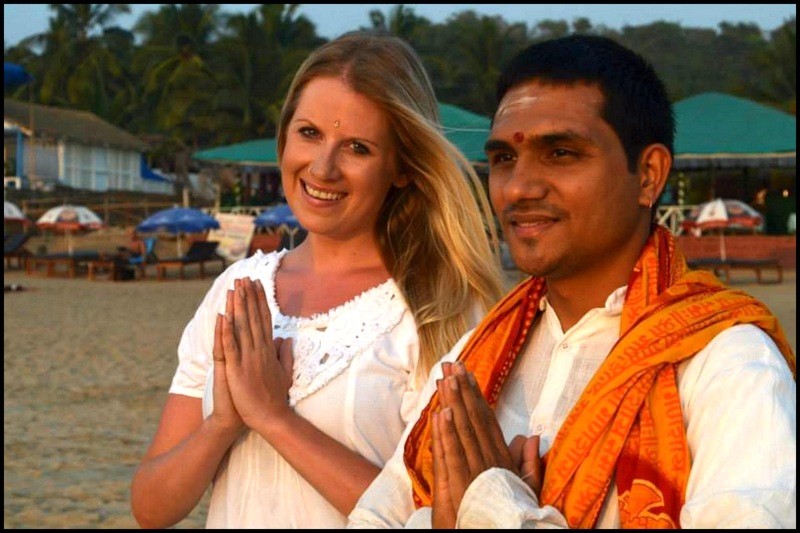 2. More than just an exercise

In the western world, we have just taken one part of a whole yoga lifestyle. It is mainly used as a form of exercise. However, yoga is a whole practice of life and living, how you treat others, the respect you have for your body and the world around you. Trying to be nonjudgemental.

There are 6 branches of yoga with the practice in class just being one of these. Along with that Yoga is an integrative eight-step (limbs) system recorded in the Yoga Sutras of Patanjali and  comprises ethical guidelines and observances (yamas and niyamas), postures (asanas), breath work (pranayama), ability to turn inward (pratyahara), concentration (dharana),  meditation (dhyana) and the state of fulfilment, freedom, bliss and contentment (samadhi – the ultimate goal of yoga). 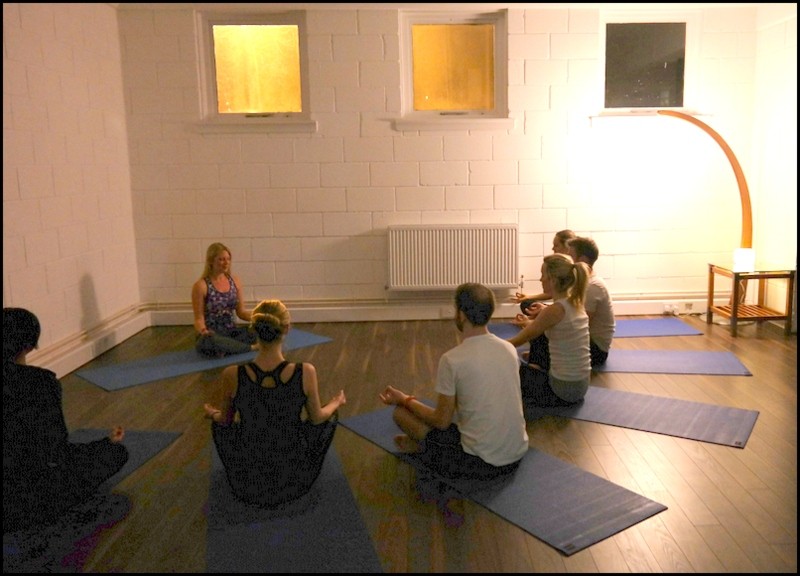 3. You need to still your mind

Yoga in India has a lot more meditation but it doesn’t mean it is a cult or a religion. I was very privileged to have had a Brahman teach me yoga philosophy. What the western world do wrong in some styles of yoga is missing the ability to be mindful and still your mind. Yoga can change your life, it helps us to sit still, be non reactive to emotions such as sadness, possessiveness or anger and similar. The yoga practice has to occur off the mat just as much as whilst you are doing the physical poses.

4. Learn to remove the ego

Too often yoga in the west is portrayed with a thin girl in a very unusual position which would be impossible to achieve as a beginner, wearing the latest body-hugging lycra outfit. The images on social media and in magazines pictured in these desirable locations of beautiful beaches or rolling hills makes yoga seen unaffordable and not accessible to the average person. There is little interest in weight loss as our bodies are just a machine to get us through life. It is about working on what’s inside, which is why food becomes a focus.

Ultimately, what we aim to do in yoga is to develop ourselves from the inside, gaining body intelligence on the mat will start to move your practice off the mat and encourage you to have more awareness of what you are putting into the body. Yoga is designed to cleanse your body and mind of physical and emotional blockages, develop a stronger sense of connection of the two, promoting better awareness and mindfulness of the choices we make in life whether it is about the way we treat ourselves or others, or attitudes we express. Yoga is a union of your body and your mind, not about how you look in the mirror. 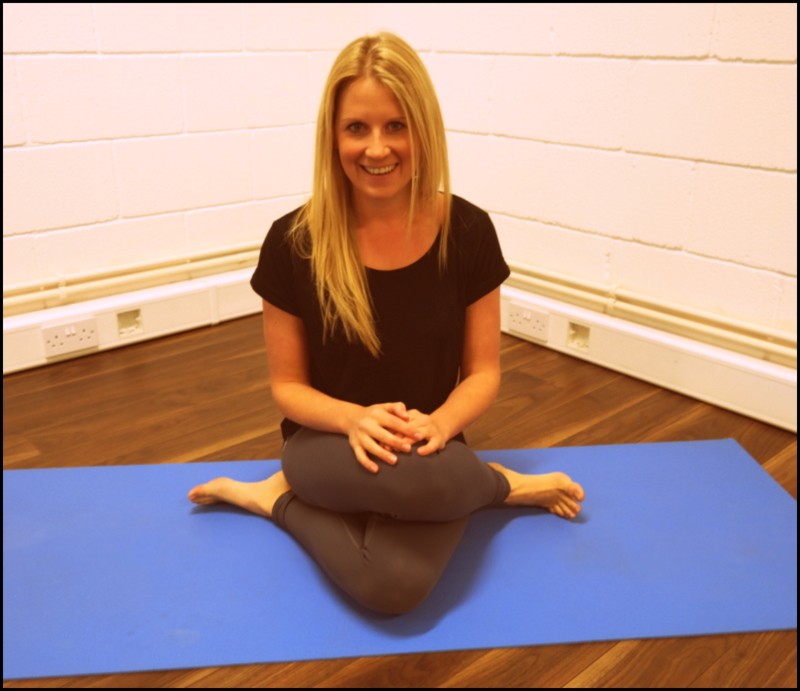 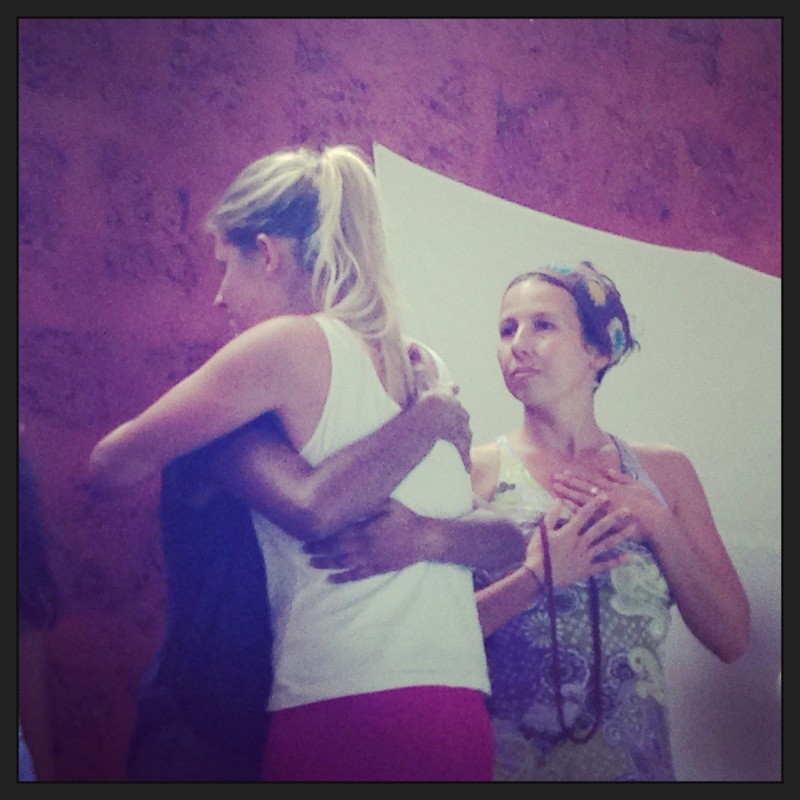 5. Being spiritual doesn’t make you religious

I learnt that being spiritual was just about trying to be happy. Yoga is just a road to happiness, some people see it as enlightenment but this it is just trying to allow you to lead your life as easily as possible, removing the stress and strains of day to day living so you can be as happy as possible.

Our practice would always start with an Om channeling the vibration from the sound and our intention for the day into the universe; this would follow breathing exercises to cleanse out body and meditation. We tuned into our body and we leaned that yoga is a method to prime your body so it is comfortable when meditating. In the East, the ultimate aim of Yoga is to experience the Truth, by realizing the true nature of ourselves. It is not religious. 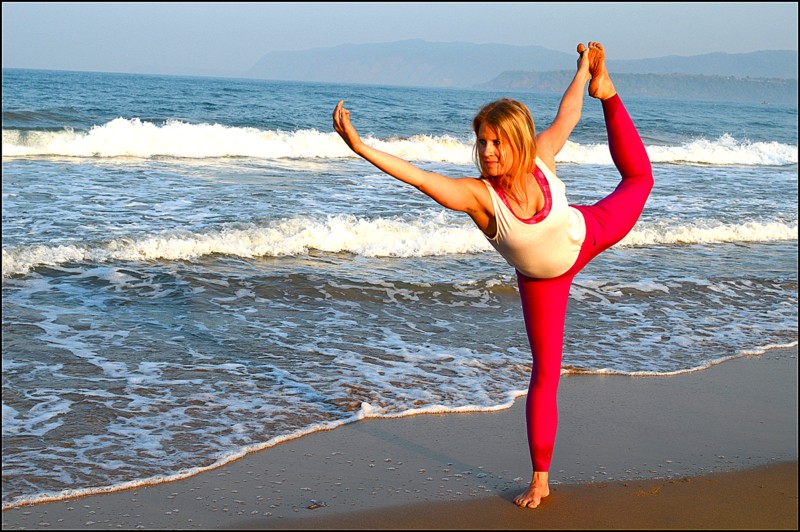 Many people think yoga is like a gym, or like going to a work-out, but that is not yoga

In Indian culture, you go to a teacher and learn from him. It is a lineage and it is lifelong learning. You are taught to have patience and take your time over years not weeks and months like you are taught in the West. It makes me sad that in 4 weeks you can become a fully fledged yoga teacher. My yoga teacher spent 10 years dedicated to his own self-practice before he even thought about sharing these finding with others, there are limited teachers in the UK which can claim the same.  You have to be a student and know that you will be a student your whole life. Yoga is never ending. It’s like the ocean and what we have learned is like a small drop. There’s a lot to learn and for our whole life, we keep learning. 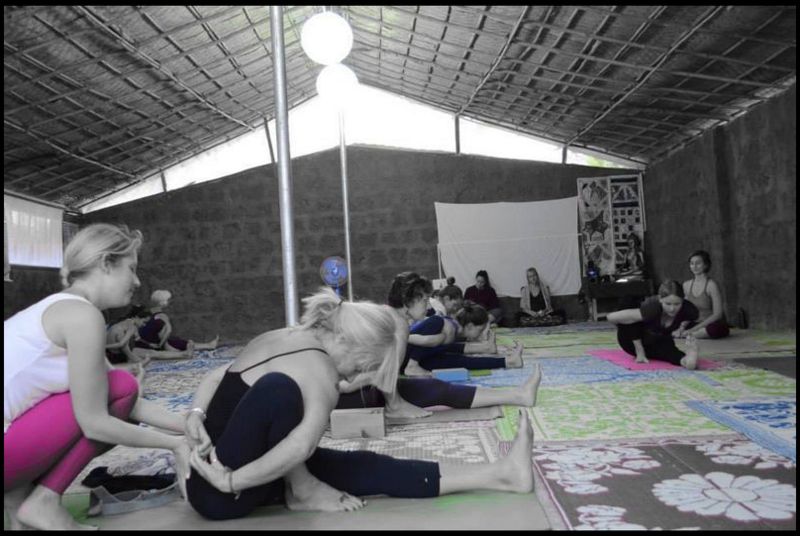 7. There is no avoiding the silence

Many people have come to me and said, “I started practicing yoga and my life has been changed.” People can improve their whole lifestyle. You cannot separate the exercise from the traditional philosophy. I started out in the mindset of doing yoga to prevent injury in sport. Now yoga is my only exercise and I crave to still my mind in myself practice. I notice in my body and my mind if I haven’t practiced. Yoga is more than just an exercise for me. There is no avoiding it because the movements work with the breath they become a form of meditation.’ The continued practice of the exercises will, whether you intend it or not, eventually influence you toward wanting to understand more and wanting to develop yourself outside the practice on the mat. 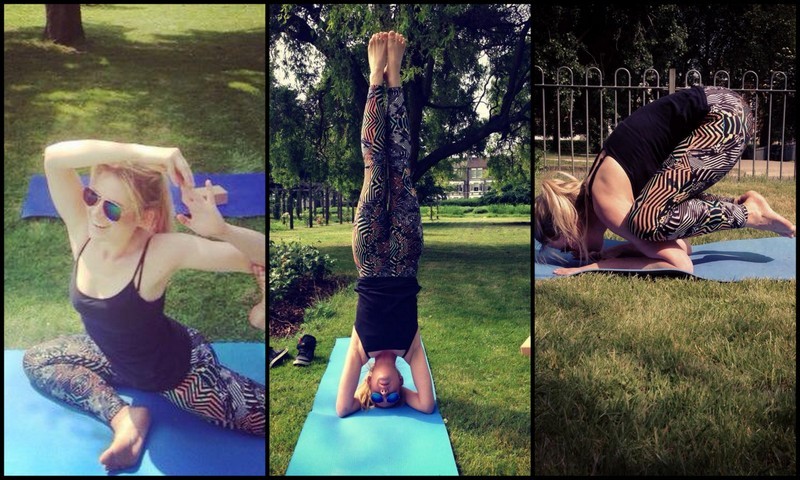 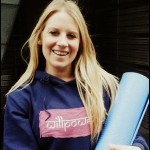 Kelly Brooks is a yoga teacher and writer in London and elsewhere in Europe. She studied in India. Her classes are dynamic yoga with a twist. Her classes are fun, strong, and different each time. Use of unique music will make you bend to the beat. She mixes Iyenger, Ashtanga, and Vinyasa flow. You don’t need to “om” to join Kelly’s classes- you just need to be open to trying something new and she’ll make sure you walk away with a smile! Kelly is an example of someone who gave up their fancy corporate career and followed her heart to what she LOVES! I’d had one-on-one classes with her and she is fabulous! 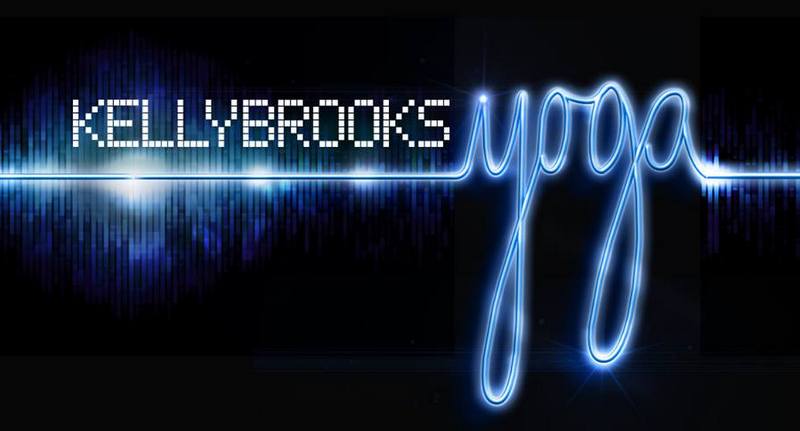 If you are based in South London (Vauxhall) or just visiting want to join Kelly for a funky yoga session with a beat, the drop in rate is £8 per class. Check out her fantastic blog Kelly Brooks Yoga, her Facebook Page, Twitter, and her Instagram for daily inspiration. To contact Kelly e-mail at kellybrooksyoga@gmail.com or call her at 07 908 185 772.