This October, I’m going to be touring around Karnataka with goMowgli! It’s a state in India I haven’t seen nearly enough of. They’re going to be revolutionizing the way people travel in India- so take a second to check out their site.

UPDATE: As of 2018, gomowgli is no longer – sadly! If you still want a tour in India, I recommend checking out my blog post with the best group tours and this post which explains the best day tours for the adventurer!

To me, Karnataka is the “real jungle”.

I’ve been to Karnataka a couple times to Bangalore, into the waterfall areas at the border, and made a road trip to Hampi. It’s the only place I”ve been that while stopping on the road to use the toilet I’m afraid a giant cat may attack me. Signs through the jungle read: “don’t get out here- there are tigers”

Well, I’m about to see a lot more of Karnataka because I’m about to do something I’ve never done before: a hop on hop off bus tour!

Obviously, it would have to be a pretty damn good tour to get me interested, and it is. I am so positive the young, extremely educated owners of goMowgli, India’s first backpacking bus, are bound to change tourism in India forever… and I want to be a part of it! 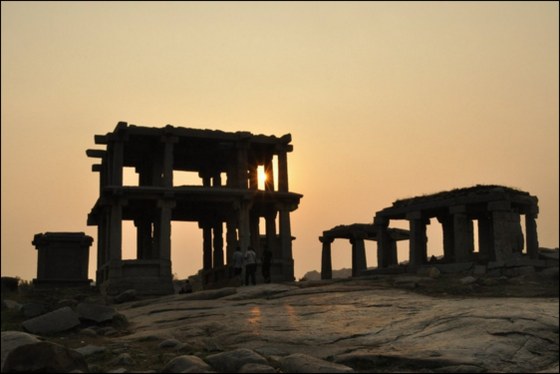 Sunset at the ruins of Hampi, Photo by Subbu KL

Some of the places I’ll get to go are Mysore, Coorg, Hampi, and Gokarna.

Unlike most tours, goMowgli doesn’t plan out your days unless you want them to. I’ll get more into it later, but they get you there safely, tell you what’s cool in the area and let you go do your thing. They have connections for discounted stays which it’s your call to use or not. If you have nothing planned then goMowgli hooks you up like only locals would know how. I LOVE to get the local hook up! In India it literally makes all the difference for whether you’ll love or hate the country.

The owners of goMowgli are travelers themselves, which is what got me interested. 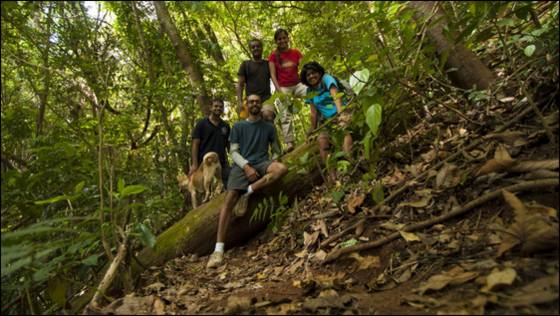 The goMowgli Team with the Support Staff

It wasn’t some 50 year old disconnected man trying to start a company, it was these young adventurers with a passion for backpacking- which I would say is rare here. They have backpacked not just their home country but all around the world. Thanks to those comparisons, they know where the gaps are for backpackers in India and how to fill them. 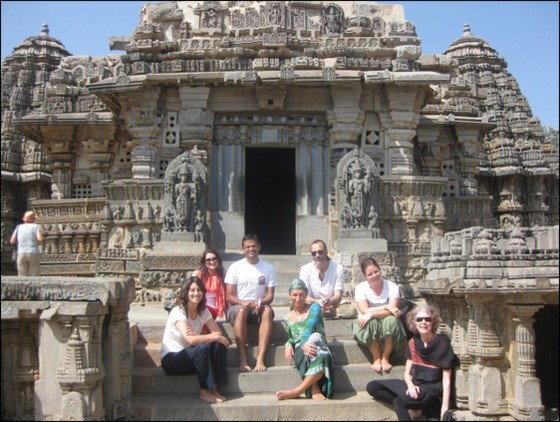 They are a hop on hop off backpacker bus service in Karnataka. Their tours are experiential and truly off the beaten track. If you want that “real” Indian experience this is the way to do it. You’ll eat as local as it gets and chill with the people who make India the colorful country it is. I always tell people who want to come to Goa, it’s 10x better when you know someone. You get that with goMowgli. It’s like staying with a friend; they take you to those secret places you never would have known about on your own.

“Someday, we want to enable backpackers to backpack across India on a single ticket with goMowgli. All 3 million square kilometers of it on a single ticket. And fall in love with every inch of it.” –Sunil, goMowgli 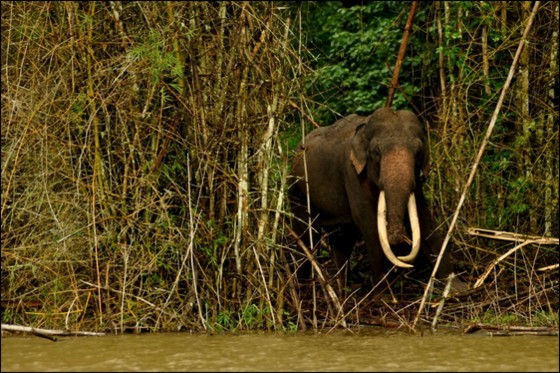 Wildlife Spotting in the Western Ghats, Photo by Subbu KL

The BEST part about goMowgli: flexibility

You have safety conscious, local, english-speaking guides who drop you off. Then, it’s up to you. If you want to couchsurf, stay with a friend, find a cheap guesthouse, or check into a 5 star hotel- go for it. They will take you as close as they can and pick you up when you’re ready- BUT if you don’t have a hook up, they will tell you the hotel they like the best and you’ll get their special discount for staying there. 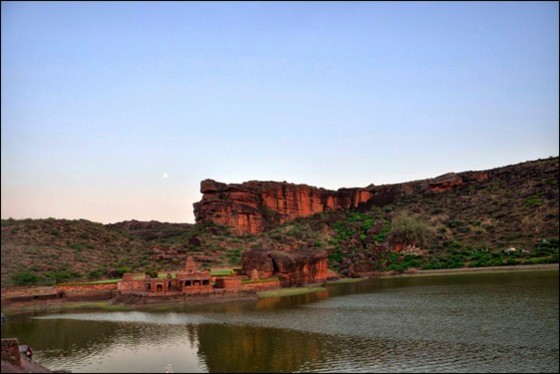 For all those girls that want to travel India and are afraid to be solo:

I think you’ve found your answer with goMowgli. Instead of hopping around local buses and sleeper class trains (although quite fun) you can relax knowing you’re safe on goMowgli buses, but at the same time it’s no typical “tour bus”. You still have your indepence once you arrive at a location. 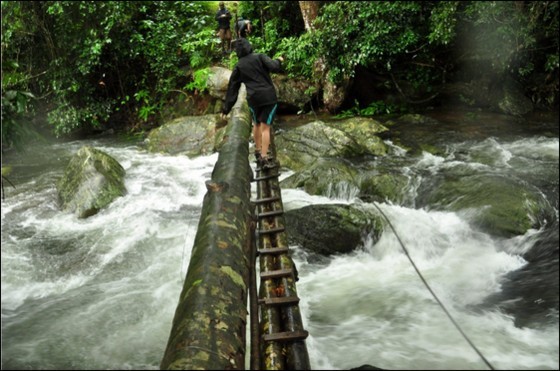 Trek inside the Western Ghats, Photo by Subbu KL

The passes are valid for 6 months (check out pass options).  In and around Mysore, Melukote, and Srirangapatna, they have some one, two, or three day passes. Each offers something different from coffee tours to local temples. There is a 9 day filter coffee pass which is all about the rich heritage and the Dharwad Peda which is a 6 day tour through Northern and Coastal Karnataka.

All the passes are named after local foods, and the biggest pass: Masala Dose, is a 19 day pass (32,000 rs) that covers A LOT of ground. I’ll be going on this tour. You can hop off as long as you want in each place.

Keep in mind the days of the pass are “travel” days on the bus. You can take up to 6 months to complete the 15 legs of the tour!

“Just like the Masala Dose, this pass offers pretty much everything on offer in Karnataka. The rich heritage of Mysore and Hampi is contrasted by the rich biodiversity of the Western Ghats stretching from BR Hills to Coorg to Chikmagalur. We discover the ancient kingdoms of Hoysala, Chalukyas and Viajayanagara. The temples of Somanathapura, Belur and Halebid compete for excellence with Badami, Pattadakal and Aihole. There are wildlife spotting opportunities at BR Hills, Kabini and Bhadra sanctuaries. There is that misty peak of Mullayanagiri along with the solitary beaches of Karwar and Gokarna. The pandi curry of the Kodavas, the kadabus of the Malnad cuisine and the seafood along the coast. There is so much to do in Karnataka. And we deliver it to you on a single platter.. err.. plantain leaf, accompanied by a butter masala dose, of course. “ 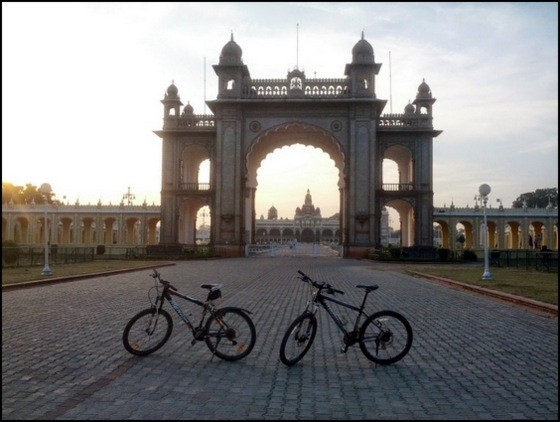 Mysore palace, got our cycles loaded on to a volvo bus to bangalore back, Photo by Subbu KL

When guides are passionate it makes all the difference and did I mention the complimentary activities yet? There are fun things to do along the route, like popular treks, tours, and markets which are included in your pass costs and even more you can opt to do at a fee. The buses are A/C and at each destination you get a map with all the important things you need to know: ATM’s, chemists, supermarkets, toilets, and cafes in case you want to go on your own.

Of the highlights mentioned in the pass information, here is what I’m MOST excited about: 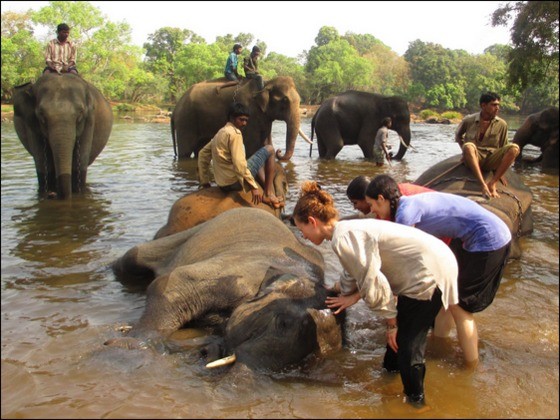 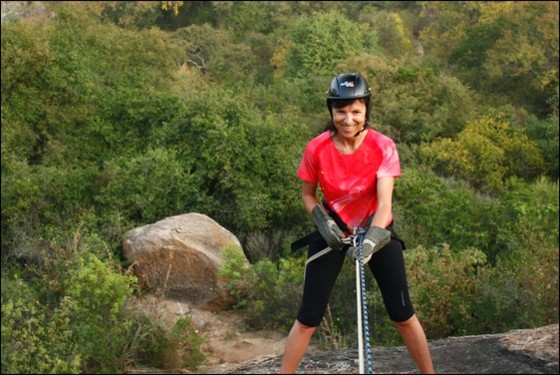 Sunil’s team sees the challenges for backpackers in India, and recognizes the negative images that media portrays. They want people to come and see for themselves and are giving them an afforadable option to do so. As Sunil said, backpacking is a phonomenon really yet to take of in India; the infrastructure isn’t available everywhere. They have built that in Karnataka and connected it in a safe way.

“The Indian tourism industry is still largely unorganized and not as professional as the world requires it to be. We are here to change that forever AND spread the word that the world is not as bad a place as it is made out to be. If a kid can be raised by wild wolves, there is still hope for this world- and this was the inspiration behind the name ‘goMowgli’ 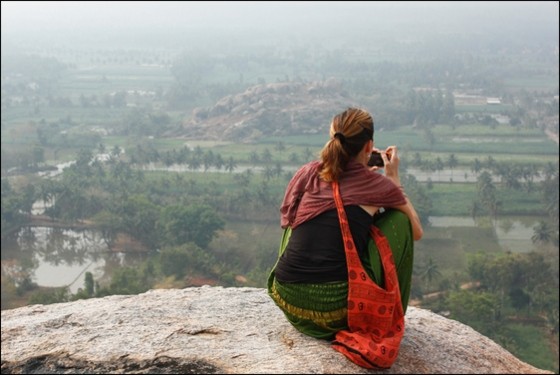 Trek atop French Rocks near Mysore 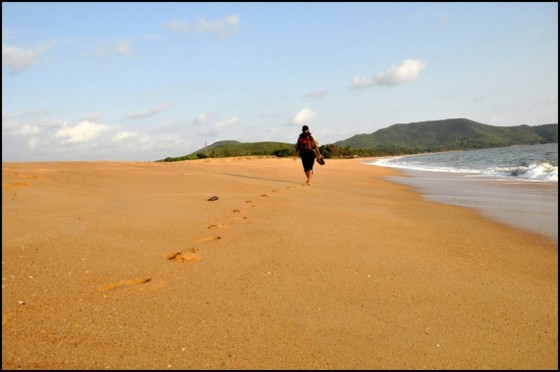 I will be a guest on the Masala Dose tour with goMowgli this October and will be filling you in along the way. I’ll introduce a hashtag before I go so you can follow along in real time! I’ll be instagramming and tweeting all through the jungle with live updates.

I get e-mails very often from readers who want to get off the beaten path in India, and you can’t really get more rural than a lot of these locations so I am so excited to share these new places with you. Want to know more now? Read up on the goMowgli FAQ.

Some photos courtesy of Subbu K as noted. UPDATE: After taking the month long tour, I wrote a full review here: The Nitty Gritty | A Review of goMowgli