When to Travel to India: Everything You Need to Know

Before a trip I do read a lot about the destination I’m going.  I don’t plan out an itinerary per se, as I always change my mind along the way. But, I am a planner at heart so I do put together a little list for myself and to keep my parent’s nerves at rest.

I find the best thing to do is write down popular cities and something about them, even if it’s bad. For example: “Ahmedabad doesn’t sound good, skip”. If you meet a new friend and they ask if you’d like to go to Ahmedabad with them, you can look at your cheat sheet and say no thanks.

My original path in India two years ago changed within the first two days of arriving in Bombay. (Here is my final itinerary ) It was October and I wanted to go to Goa first then work my way counter clockwise around the country. That would leave me in Himachal Pradesh in late December… which was stupid on my part. Most of the towns are completely shut down.

So, I had to fix the situation.

I literally did my trip completely backwards from how I pictured it, ending in Goa last, which is crazy because I would not have met Ben if not. I didn’t really have control over these decisions, as the weather was the deciding factor.

Typically, throughout India one would say “season time” is October-February, which is India’s “winter”. Summer in India is March through May and it’s HOT, hot hot. The third type of weather is monsoon which is May-October. There are actually two! It’s important to know when to travel to India.

Although it is not only possible to travel to most places in India off-season, and there are some perks to off-season travel, it isn’t ideal for most people. Below I explain what’s different during low season and what is season time for each area.

When is Season time in Each Area?

Best time to go is October to March, but it doesn’t really kick off until mid-November. This is a winter area, just like Goa. At other times of the year it gets too hot. No matter the season, in the afternoon the sand in the desert will burn your feet, but at night the wind from the Himalayas sweeps through and you have to put on socks to even walk on the cold sand!

October to March is your best time to go to Delhi, although best avoided around January. It gets pretty cold! April and May are scorching hot.

Monsoon starts earlier in the south of India than it does in Goa and eventually Bombay. Season time in North Goa is October-March or April, peaking in December with huge parties around New Years. In South Goa, you have less time, more like November through March.

Season in Kerala and Tamil Nadu is shorter even shorter, but along the same time frame. Once April hits in Kerala the humidity hits you like a brick. It was April 12 when I wrote this and I was in Kerala hiding inside from it the horrible stickiness and rain.

If you will be spending a week or more in Goa (which I highly suggest) then do check out my $25 e-book. The Insider’s Guide to Goa is 170-pages long and will guarantee you have the best time in Goa, meet other travels, and chill at all the coolest places. Click here to purchase. I have information on what to do off-season and in peak-season.

Season in the mountains starts in April and ends by October. It’s the exact opposite of Goa. Tourist influx peaks during May and June, but the snow is just finished melting in May. 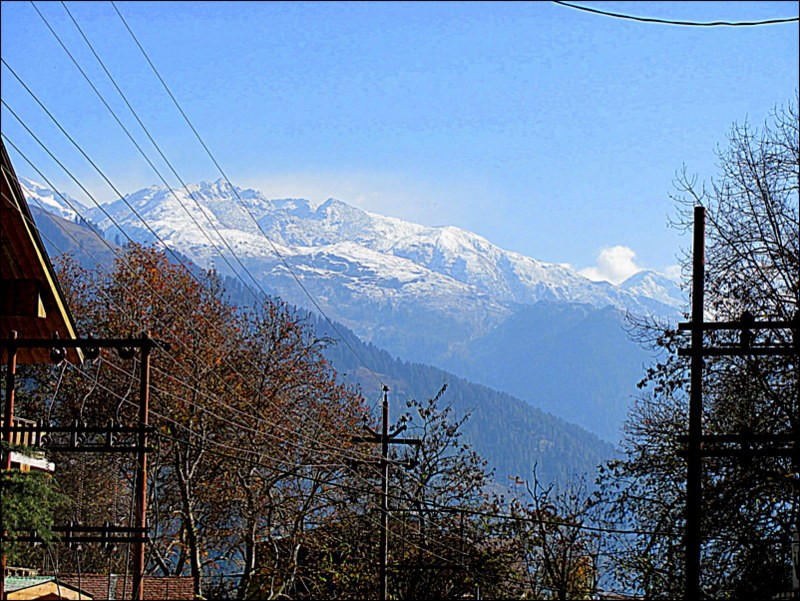 Uttarkhand (valley of the flowers).

There is only one month that is worth visiting the Valley of the flowers: ­­­­­end of July. At this time the flowers will be at their best! June through September is the only time you won’t see the valley covered in snow.

I had someone tell me that if you go in the heat it is best because the animals will be out searching for water. I haven’t been to a park yet, and wanted to go in monsoon. After hearing his advice, I might wait until the rains dry up.

There is a NE monsoon as well which hits at a different time that the SE monsoon that pummels Goa over. In November and December the East side of Kerala, Tamil Nadu, and north of there will get hit pretty hard.

Calcutta sees the monsoon and gets close to flooded during May-Sept, same as Goa. You’d be best to go late September through November… but no later because it’ll be way too cold. You can also go in April and May before the next monsoon comes.

What is different during off-season?

Many guesthouses are closed. In Goa, all beach shacks are torn down every monsoon and that can include small beach huts. Even if they aren’t torn down, they aren’t open. You cannot stay on the beach in monsoon. A couple budget guesthouses stay open in Anjuna and Chapora, but most likely you’ll end up in a hotel that is over your budget, even at 50% monsoon discount.

Popular restaurants, especially those ran by foreigners are closed as they choose this time to go on vacation or renew visas. Ciao Bella, Sakana, Basilico, Villa blanche… all my favorite restaurants (I could go on and on) are closed. The owners are traveling or visiting home.

Even local restaurants sometimes close if their main clientele are foreigners because they won’t turn a profit. Actually, you have to get a special permit to stay open during monsoon if you’re by the sea.

When I was in Manali, I didn’t get to try any recommended restaurants apart from Drifter’s and Johnson’s because of off-season closures. 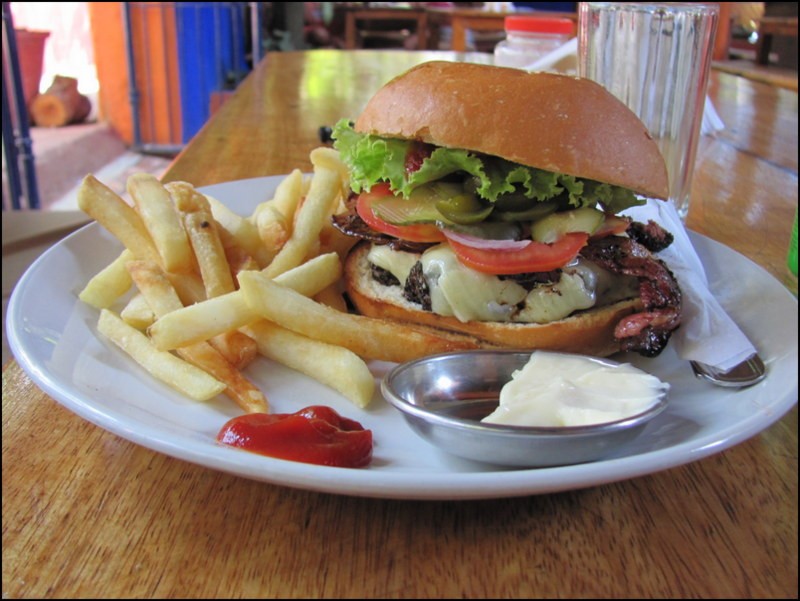 Some routes are completely shut off, for example the Rohtang pass into Leh from Manali. This caused us a huge headache when we were stranded and had to hire a care in Sarahan, as no buses would take us further north.

It is not only an inconvenience, but prevents you from seeing what you came all this way for, and in my case cost me an extra 4,000 rupees I wasn’t planning on spending on transportation. It’s no one’s fault but my own not planning my trip out! Make sure you don’t make that mistake because if the road were open… you’d for sure die trying to drive it.

Outdoor activities are limited or shut down completely due to fewer travelers to make up the group. The rafting and canyoning in Goa near Palolem closes during monsoon (although that might be due to the river being too high), and the trekking and adventure sports in Manali are hard to come by during off-season. Foreigners, mostly Aussies and Kiwis, who go on vacation at low season, run many of these sports.

If you want to learn yoga, get reiki, get massages, or learn to meditate and all those other fun mystical things, keep in mind some of the best artists and spiritual leaders in each field are away during off-season. They sometimes move their practice along the tourist path where the tourists head to next. In most cases, they do six months in the mountains and six months in Goa. Rajasthan is pretty similar in off-season as it is on season. I was there right in between the switch and loved it (October).

If you would like to become a masseuse or yoga teacher yourself, you need to make sure classes are open. Because the class might include only you, the teacher may not see it as worthwhile to teach or may increase the price to make it worthwhile.

You might not see the “best” of the town. For example, in Goa during monsoon I wouldn’t like to have any of my friends from home visit because I couldn’t show them all my favorite places. The best places. Every restaurant is closed, most clubs, there are no trance parties, no flea market, or Saturday night market! It’s gorgeous in monsoon and nice to experience, but it’s not what people come to Goa for. 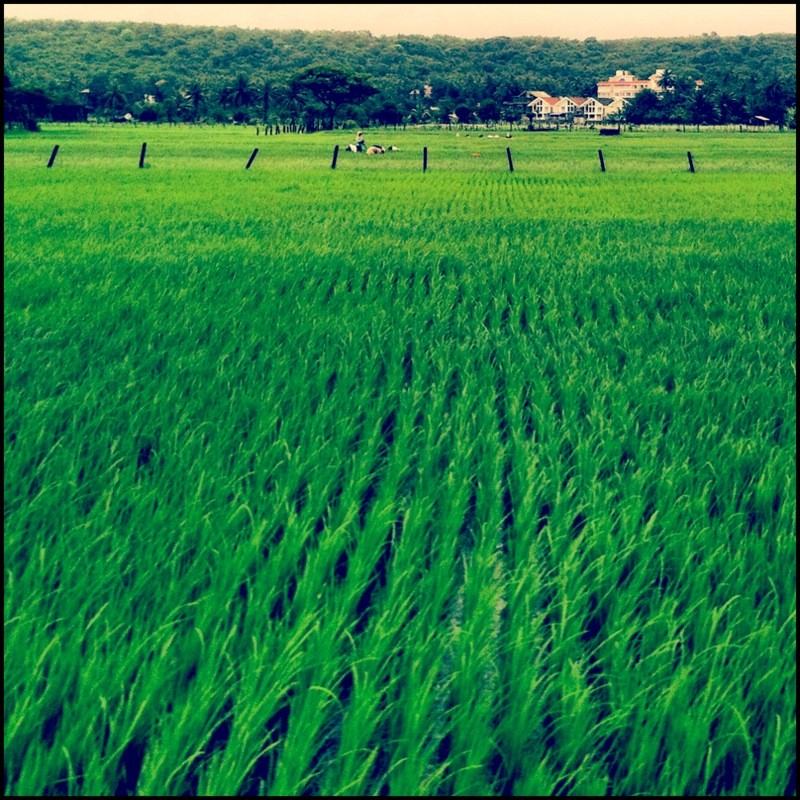 Shops move around. Maybe in season time in Goa there is a great Nepalese shop. During monsoon, that same shop will be moved to Manali or Mcleod Ganj where they will make more sales.

Because there are less travelers, you’ll be hassled a bit more to buy from vendors and possibly charged a bit more, although in the same regard because they are a little more desperate, if you negotiate with guesthouse owners you can get great deals.