(FYI, sorry Sarah Palin, just a joke for people who poke fun at Americans and LOVE to bring this up to me!)

As an American I am lucky. I have been blessed with a stable, safe country to grow up in. My American status gets me into some countries with ease, and I am grateful for that. There are some negative stereotypes of Americans that I’m always trying to break (we’re not all fat loudmouths). My nationality actually gets me better access to India than my British boyfriend can get. So, it begs the question, why are most travelers European or Australian? Why don’t Americans travel? 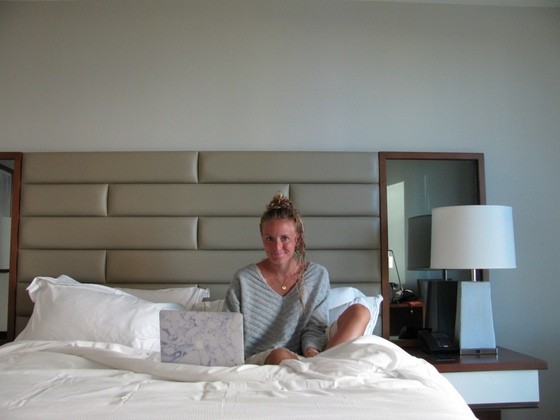 Only about 30% of Americans have a passport, and many of those passport holders have only been to Mexico and Canada.  The number was half that before we needed passports for our neighboring countries.

As for Brits and Australians, over 70% have passports! Maybe if we take a look at why we’re NOT traveling, we can try to make a change! Travel brings me so much happiness and I’m SO happy my parents are coming to visit me in India. Even in small trips, travel can be so life-changing.

1. America is ranked in the bottom 3 countries for vacation time per year. We get, on average, 2 weeks vacation, while other countries get on average 4-5, some even more! We have a culture that is focused around work. We are less hire-able for a job if we take a gap year, while in New Zealand more graduates do, than don’t, take a gap year. We have such a work culture, that according to CNN, we aren’t even taking all the vacation time we are given. That’s terrible!

2. America is not that close to popular travel destinations. If I were from England, I would have backpacked all of Europe each summer. Look at this map of the world:

All of Europe is bigger than the US (I googled it to be sure), but barely. If I drive from Ohio to Washington state, that doesn’t sound so far away, but if I drive from France to the east side of the Ukraine I’m a worldly traveler! A French couple could go on a weekend holiday to Italy, no big deal. But in America, in the same distance, we’d be going to just another state. A European family of 5, that can’t afford plane tickets, can hop in a train and be off to another country for their big yearly vacation. In America a family of 5 that can’t afford plane tickets, will end up driving to their destination within the US. 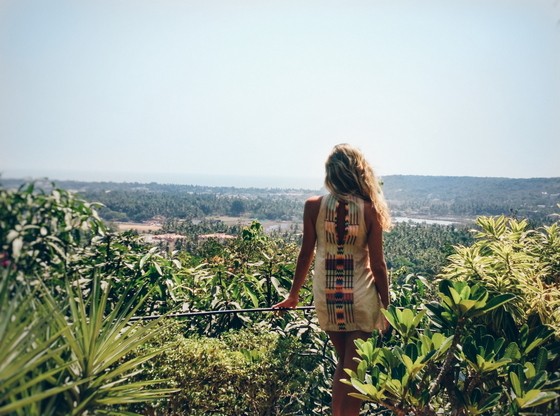 3. Because of the distance, flights are a lot more expensive. We aren’t the only place with this problem. Australians obviously have to fly everywhere as well, and they still travel, but I still think this should taken into account. If you live in NYC, LA, or really anywhere coastal, your flight not be that costly. But there are a lot of states in the middle, don’t forget! I take 2-3 layovers in the US before I’m even on my way to my 2 Europe layovers to get to India. Europeans are quite lucky to be close to many different countries. While Ben’s friends can visit us in India for under 800 USD, it’ll always at least 1400 USD from America (unless you live in NYC). My parents will visit at Christmas and a roundtrip at holiday price is 2,000 USD per person.

4. America is huge and there is a lot to see within the continental US. English people say often, that they had to get out of England, “it’s too small!” Most Americans don’t think the U.S. is too small. Personally, I haven’t seen enough of it. I have been have seen the Bean in Chicago, swam at Venice Beach in California, seen the Space needle in Seattle, and wandered through NYC. I have been to 28 states.. But, I still haven’t hiked through Yosemite, partied in Vegas, gone country in Dallas, or been to Mardi Gras in New Orleans. America has deserts, beaches, mountains ranges, forests, and beautiful national parks.

5. There is a lot of diverse culture in the U.S. Unlike many countries, when we drive 20 hours away from our home; we are in a place with a very different culture. Some southern accents I can hardly understand. Some people in Louisiana still speak creole. There are neighborhoods in NYC where the residents in different areas still speak the language their grandparents did. In southern California and Texas, the Mexican food is delicious and authentic, and many Americans speak Spanish. Each state is different; California is nothing like Wisconsin! The people, fashion, food, accents, and even laws are different. 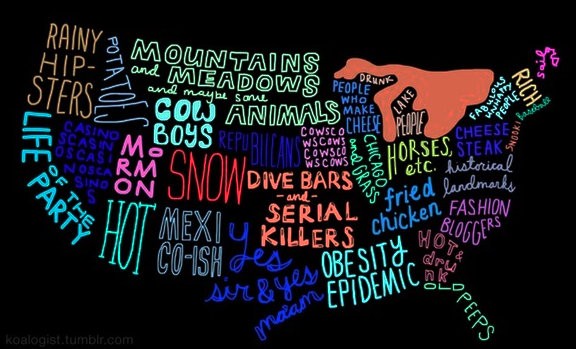 6. Some Americans, many that I know, are very afraid of “abroad’. They are afraid that the outside world hates them for being American. They let their fear keep them home. Movie and the news make people afraid of backpacking, traveling, and even staying in hostels. They think they’ll get kidnapped or blown up by a terrorist. I’ve said this before, but you have to take what the state department says with a grain of salt. The ‘you can’t go here’ list is sometimes just a guideline.

7. College loans. Schooling in the US is outrageously expensive. While many of my friends have close to 100,000 in debt, a bachelor’s degree takes less time and money in the UK, at around 30,000 to finish. School loans keep graduates at home, going straight to work, instead of on a post-graduate celebratory trip.

Regardless of all the reasons, I have come from America, from the “working” culture, and I traveled and even live abroad. In Goa, I don’t know one other American & while backpacking I only met two. People tell me often in Goa that they remember me because I’m the only American girl in Goa (although there must be more we haven’t met).

However, I am not finding it possible to have both (travel and a “normal” American lifestyle. Once you choose travel, you kind of give up the option to go back and just jump back into things, unless you have some kind of incredible resume. It’s difficult to travel when you want, then come back hoping to find a job in the field of nursing for sure. I know a lot of bloggers say, “if I can do it so can you” and I probably have fallen into that at some time or other on here, but I know it’s not possible for some people, like a friend I mentioned with a sick child, or another friend in debt up to her eyeballs. I pretty much had to give up my life back home for this one.

I hope that the work culture in the states changes to a more leisurely culture so that more people will travel. The more kids start to take gap years, the more it will become the “norm” and American travel will increase.

Start traveling now, so that your kids grow up in a chiller lifestyle ;) 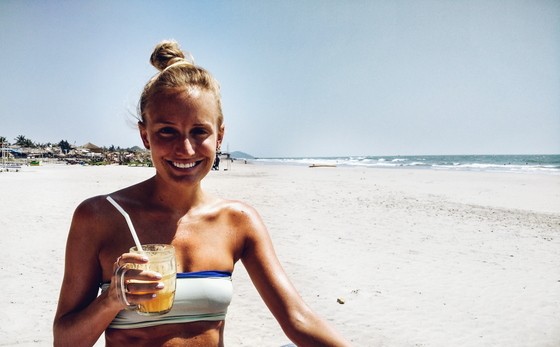