The TRUTH About Traveling Alone in India

If you are a 18 year old girl going abroad for the first time and emailing me for advice on backpacking India solo, don’t be surprised if I tell you to go to Europe first. I have traveled a lot before coming to India in Europe and Africa and was a little older (and wiser hahah! jk).

Honestly, the thing that inspired me to write this was reading this article where the writer asks can women travel India alone and calls me out a little bit.

“Well, of course you can. Before trekking off to India, countless travel bloggers (such as Hippie in Heels) told me Yes! I can travel India alone! Unfortunately, they never told me if I should – whether or not the day-to-day life in India would be exhausting or exhilarating; whether or not the risks were worth the reward.”

Go ahead and read it. She goes on to say “It definitely is possible to travel India as a woman alone. But I would never, ever, ever recommend it.”

I totally respect her opinion and I think it’s so important to share because I don’t want to just tell people “yeah, go you’ll love it!!” and not be realistic about the worries and fears they’ll have here in India. So thank you to Alison for getting me inspired to write this post!

When you say you want to go to India you’ll get a variety of reactions. Parents will say you’re crazy and a bit of an idiot… friends will say they’re jealous and wish they could get off work… some will say you’re brave, others will say that you’re going to call home regret it.

It doesn’t matter what any of them say because it’s impossible to have a real opinion about India without having gone there yourself.

In some publications you’ll see India portrayed as perfect, clean, and full of incredibly nice locals there to help you travel. Others like mainstream news say it’s a no-go zone and imply you’ll basically be raped upon exiting the airport. Neither of these drastic views are the truth! On my bog, I try to find the balance and show you the real India, especially through my series, This is India. 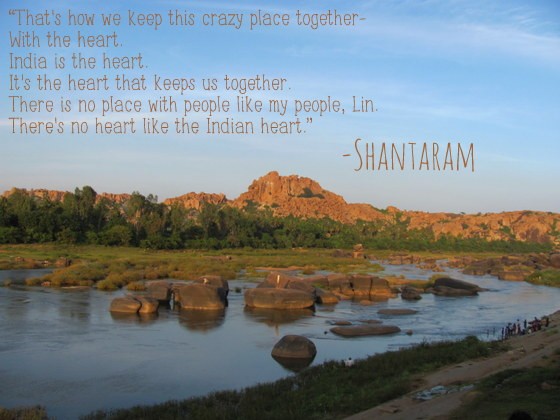 The following are extracted from two longer comments from my blog this month who hadn’t yet been to India.

“Dont know why you dumb white women go to countries like this, India and Pakistan are shitholes and not worth risking your life over.”

“I stayed up all night reading your many posts and I’m very excited for my trip now! I know I am going to love India.”

Two totally different opinions of a place they hadn’t been, but two that I’ve heard over and over. The truth is, India is unique… maybe the most unique country in the world even, and your experience there will be based a lot on LUCK. 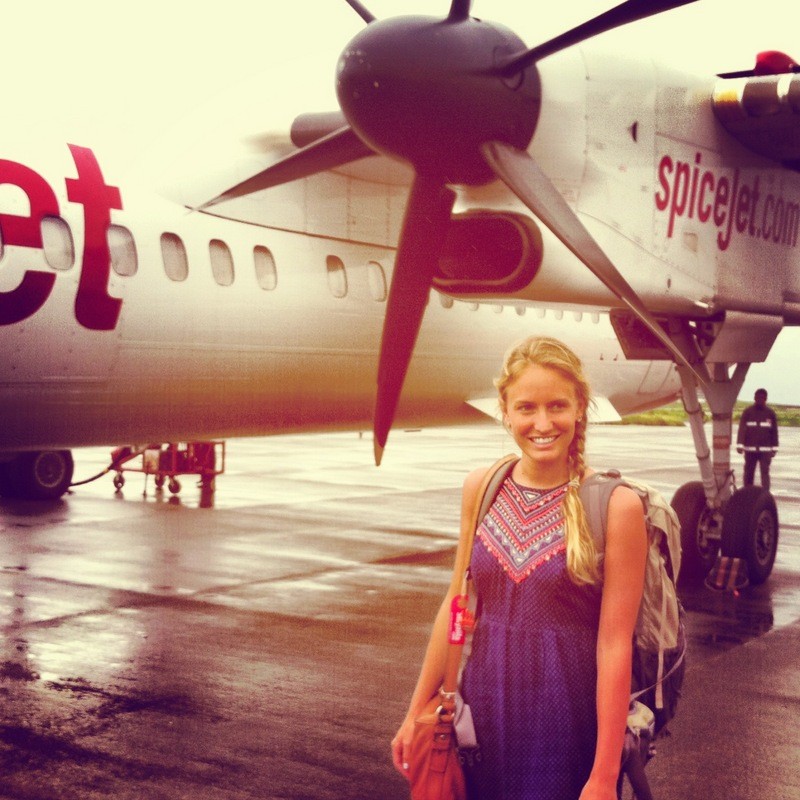 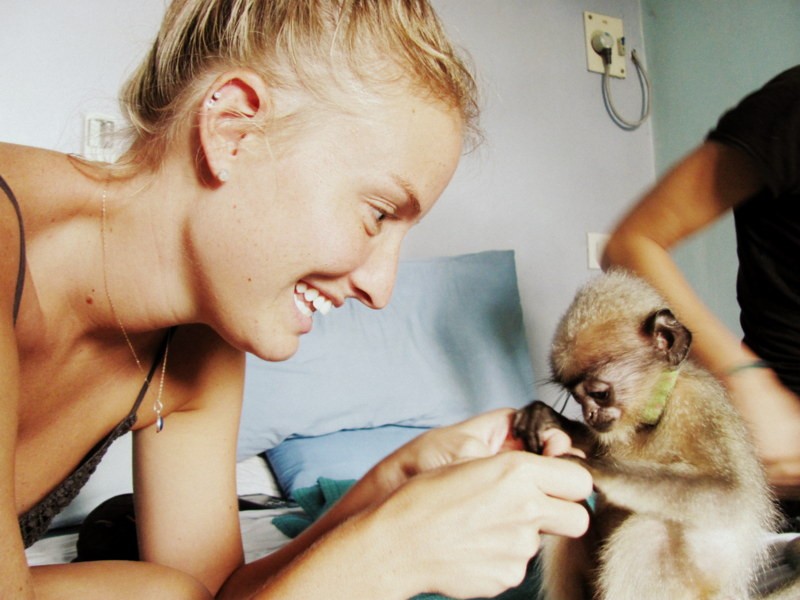 India is a contradiction, something that I’ve mentioned when I talked about the love hate relationship with India that many backpackers have.

It’s full of incredible riches and extreme poverty. The slums meet the sky scrapers and the BMW’s dodge the cows who stand in the road munching trash.

The religion is beautiful and the people are inviting, but the culture is different, in ways that can make foreigners uncomfortable.

India’s been around too long to cater to want you think is right. India is “set in her way” like an old lady and you’re not going to change it.

A man may stare at you or push you out of line and another man may offer you a snack on the train and help you get your heavy bag down from the top bunk. As you think of eating the snack, you’ll see a Government approved sign saying don’t take snacks from strangers- they will poison and rob you.

A neighbor may curse you for shacking up with a boyfriend unmarried, and another may fix your car when you’re not looking.

In some ways, the people are like people everywhere else, but the culture is one of a kind. 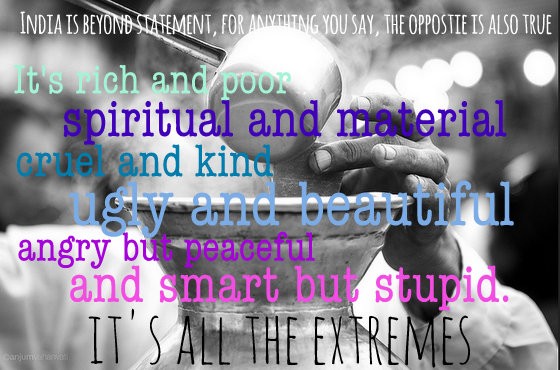 Is traveling to India worth the risk?

On this little blog, I try not to be bias, but also try to stay politically correct so as to not offend people. It’s a balance and it doesn’t always work.

Although I will always promote India as a travel destination because that is something I believe in, I would be wrong to not prepare people for what it is really like here. As this blog grows, and more Indian people start to read it, I do worry that I may upset someone. Sometimes I do. But, those Indians who read the blog often, know that with 1 bad thing I share on here, I share 20 good ones. I am so thankful for my Indian readers who leave comments and show open-mindness and understanding, as well as explain things I can’t wrap my head around.

Not just some of my readers are Indian, but some of my friends are. I have been here for 3 years. I even wrote about how I’m “turning Indian“ as a joke. Most of my readers know I have traveled and lived here a while, by choice, and love this country. I give advice out of necessity to readers, not because I want to diss India. But not all realize that.

I get nasty comments either way. Sometimes it can be frustrating! I think it’s important to share the things that I love here and the things I don’t.

Overall, it’s a positive experience living in India or we wouldn’t be here. I love living in Goa. Are there annoyances? Yes. Mostly, they are funny. Although sometimes they are scary or unfair. I tell those stories in my “this is India” series on Fridays, though to be honest the very negative things I don’t write about because I don’t want to deal with the backlash or I don’t feel I want to share every single detail about my life here.

It’s irresponsible to generalize India as a bad place to travel, but it’s just as irresponsible to tell a 18 year old girl who emails me leaving abroad for the first time, it’s 100% safe to travel here alone and not warn them of what is different from home. 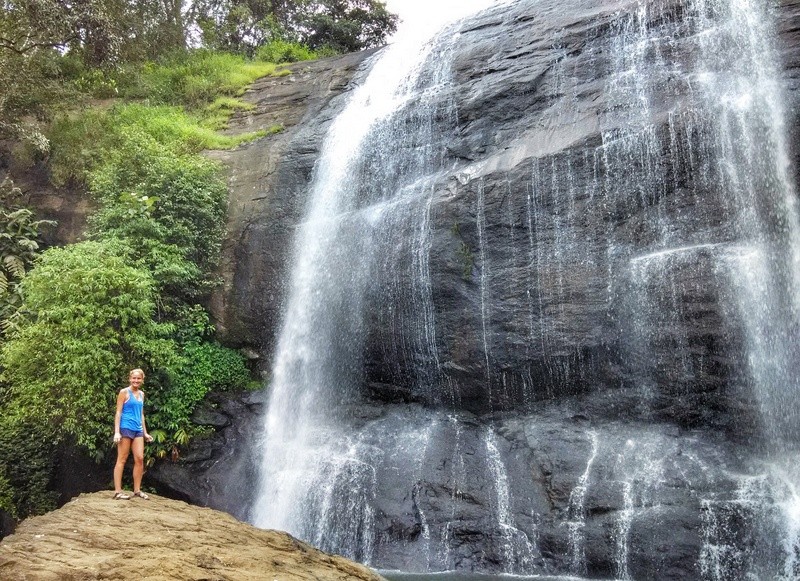 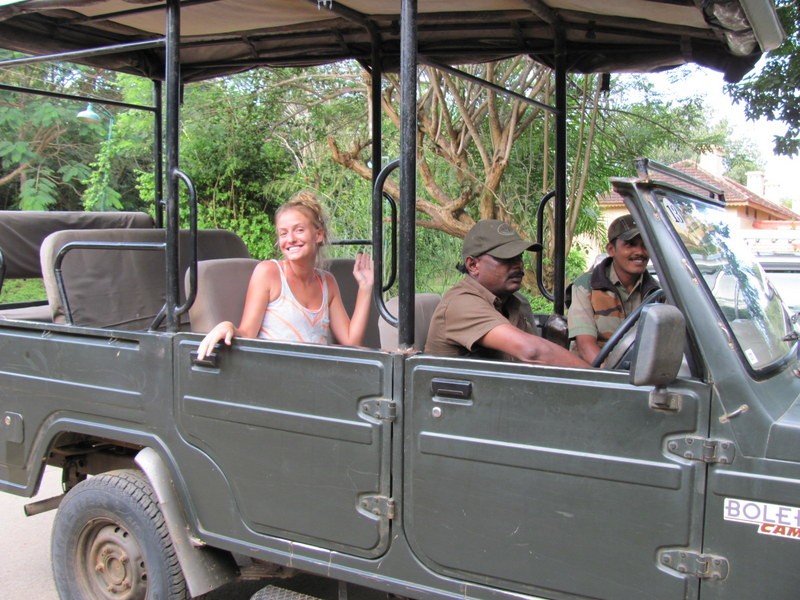 For me, India was amazing and I stayed here. Yes I got sick while I first traveled here, but I loved my days backpacking.

Some girls leave India and have PTSD because of the things they encountered.

Because I run a travel blog, I get emails asking for advice from girls telling me they are nervous.

It’s sad, but because it happens it shouldn’t be ignored when writing about India as it can set people up for failure. If a girl reads India will be perfect and she feels scared and overwhelmed, she’ll feel very alone in that feeling. That’s why I wrote this pep talk on traveling India & shared about a time I remembered how hard backpacking India really is.

It’s not all doom and gloom. I also get emails from girls who came to India and had a beautiful trip. They say they feel connected to India and are planning a trip back. Most want to know how to get a extension on their visa to stay longer. 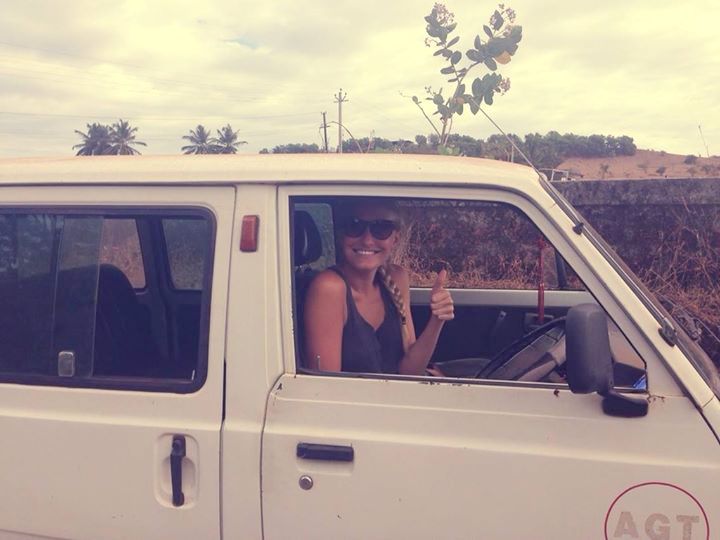 Even if you feel prepared (reading lots of advice online and packing appropriately), you should know India is hard… and it’s really as simple as that. I sat with travel bloggers at a conference this weekend and they all said India was the hardest place they traveled. Others said they wouldn’t come to India. A guy who has spent the last 10 years traveling all but 18 countries (so far), and 6 months in India, said he would never tell a girl to travel India alone.

I think a lot of Indians would agree that it can be difficult to travel alone here. Some girls tell me their fathers would never let them travel alone. If you watch a documentary like India’s Daughter, chances are you’ll never want to come here. That is real life. But, that doesn’t define over a billion people. My Indian readers know that it is not the norm for an Indian girl to go off traveling on her own here and there is a “blame” culture to women who break the mold.

The truth is, India is as harsh as it is accepting- depending on who you meet and where you go.

Because the truth is, whether or not you have a good or bad time in India could come down to sheer luck…

So, what can help you find the good luck? You have to be prepared. You have to be open to imperfection. You have to accept a culture different from your own. You have to try new things, smile and have patience. You also (I hope you realize after this post) will need to manage your expectations.

I think that if you are young, haven’t traveled much, and feel nervous before going, then it is best to travel with a friend or even a group rather than alone. I am not sharing this to scare you! I had a blast backpacking India. So do many girls I chat with via the blog. As you can see from the blogger at the beginning of the article, it’s not always that way and I just want everyone to be as prepared as possible.

If traveling India alone doesn’t sound like it’s something you want to try, and you’re interested in a tour, I recommend using G Adventures. Lots of readers have emailed me over the years saying they did a tour with them and it was a great success. They offer all types of ranges in price. Personally, I haven’t used them but I don’t know any other company to suggest! 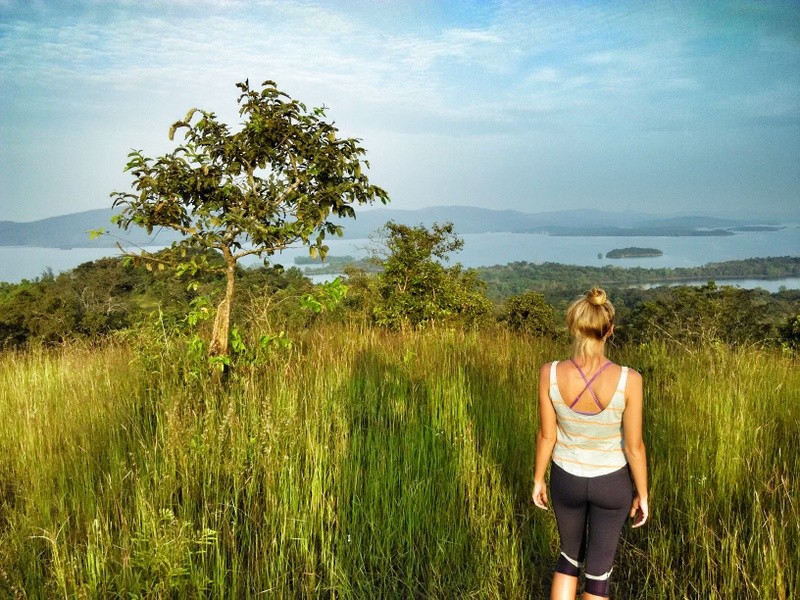