With so many people wanting to move to India (seriously, I get a couple e-mails a week), I’ve been adding a couple more posts about what to pack and know before you come here. In the first two segments I focused on Americans moving to India as the beauty and hair products and random things like candles, some are very American-specific- but clothes are pretty much international, right?

Check out the first two installments:

American Moving to India Packing List Part 2: Everything Else

Plus an extra two that you might find helpful.

Where I shop for my cute travel clothes

I guess most emails I get are from girls, so this list will be more focused on that. Let’s be real; guys have it so easy. Jeans, t-shirts, button-up shirt, jacket, done. Girls have it a little harder. I mean India is the yoga capital but can we wear yoga pants? We want to rock climb, but Indian politicians say we must wear long skirts and dress? None of it makes sense. Here’s some tips.

1. Just to get it out of the way: bring ALL YOUR FAVORITE PIECES of clothing. Yes, even if they are revealing. First of all, you’re moving to India but will be traveling more places. You’ll want these things. You can wear anything you want in Goa and really the clubs in Bombay and Delhi. My leather skirt from Express? Wear it all the time! 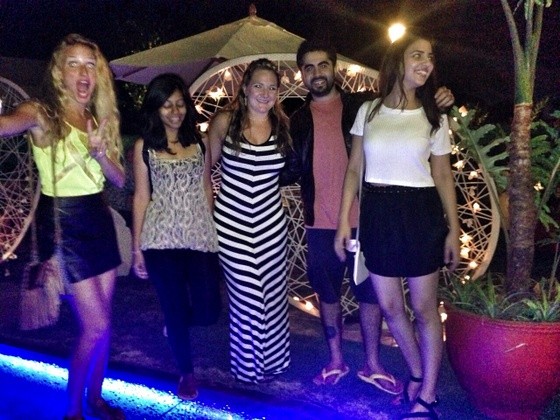 2. Beach things if you’re moving to Goa. Basically, shopping in Goa is hell. There are great designers here that are quite expensive and great for a splurge but there’s no mall. The markets are full of touristy clothes. You need to bring beach, summer, cute clothes. In Goa anything goes. Don’t over-think it.

Pack like you’re on your way to California- so don’t forget jean shorts and crop tops. Some will say that’s bad and going against Indian culture, but I’ve been here years and am telling you, for Indians and Westerners anything goes, in fact, most of my most fashionable and scantily dressed friends are Indian, and particularly Goan. 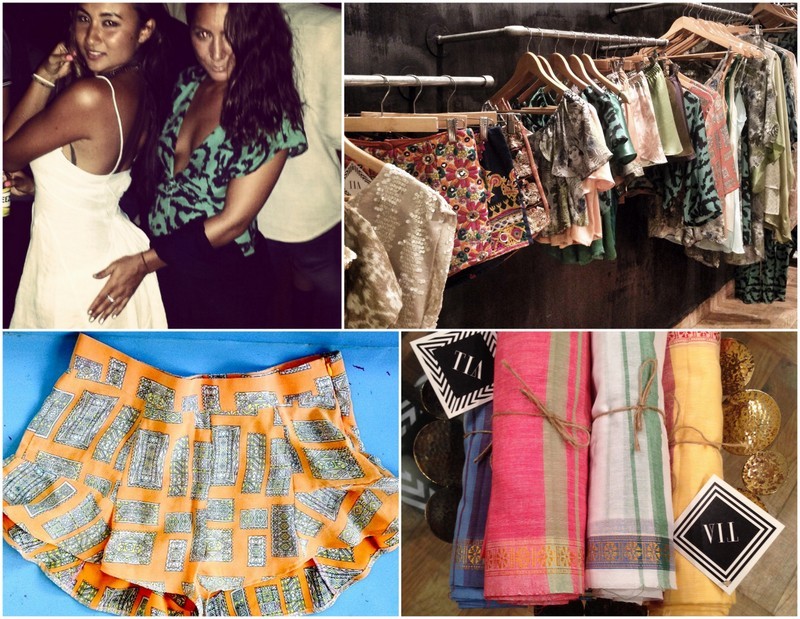 My favorite jean shorts are from Urban, recycled Levis.

My favorite layered top of all time

My favorite dress, but really every dress from Free People is perfect.

3. Appropriate clothes. Whether you’ll be in strict Delhi or even Goa, you’ll travel to places that you need clothes that cover you. That can be maxi skirts, maxi dresses, loose pants, jeans, even skinny jeans, t shirts, tank tops can be ok with a scarf, loose long sleeve shirts. Here’s a list of how to dress and how not to dress in India so you get an idea of what’s appropriate.

BELOW IS FOR TROUSERS, not whole outfits. 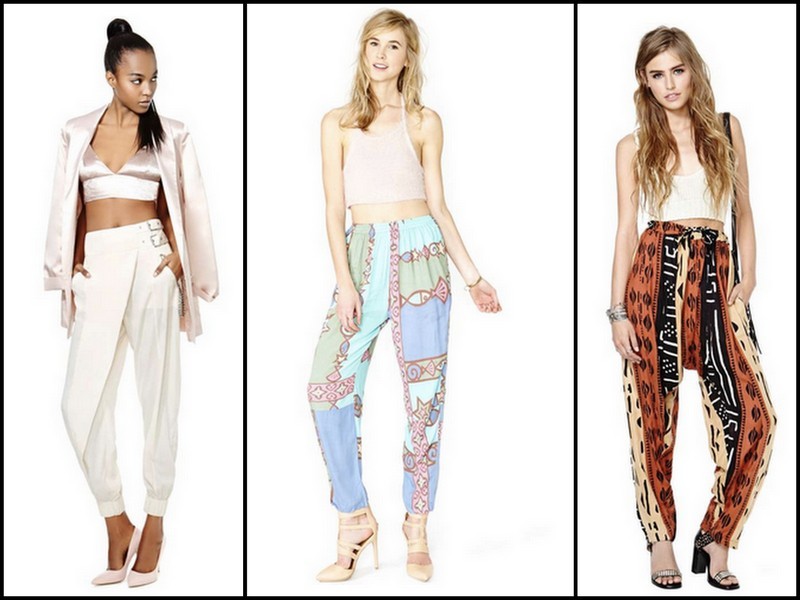 ok not the bra top on the far left- this photo is to show you the TROUSERS that are ok as stated above – check at ASOS, Forever 21, H&M. The crops are okay, but take a scarf if you’re in public. 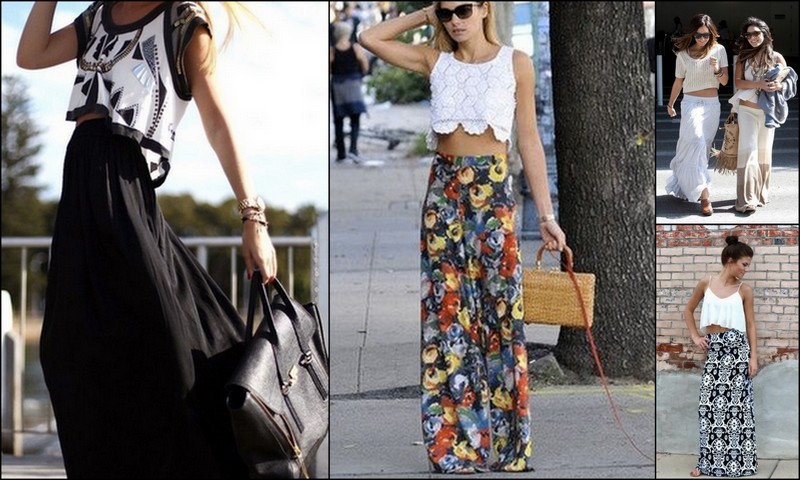 These are great for India! They don’t show anymore than a saree does. As mentioned take a scarf to cover shoulders.

4. Winter clothes. Delhi gets cold in the winter! Even Goa in December is cold on a bike. Don’t forget a nice leather jacket ( I wear mine every night in Goa). Also, pack some boots. In Goa, combat boots are in rather than knee high trendy boots in the US. I have the cutest pair from Lucky Brand. Here’s a packing list for Finland which you can see for the best cold weather stuff and think of what might work from that list.

I wouldn’t bother bringing more than one pair of “trendy” boots unless you think you’ll be traveling to Europe a lot. Bombay style is a lot like Goa (or NYC), but Delhi girls are more like L.A. girls so you can wear your trendy boots there. Well you can do anything you want, but I’m just tryin’ to help a girl out!

5. Heels. Sadly, no one in Goa wears them except some Europeans on vacay and Indian girls in clubs in Calangute and Baga. Seriously, it’s rare to see an expat in heels. I wear them more than most people I know; sometimes just to dinner. For a night out in Bombay, I wore them and I was the only girl at Blue Frog in heels! In Delhi, it’s more common. Take your favorites anyways because you’ll travel. 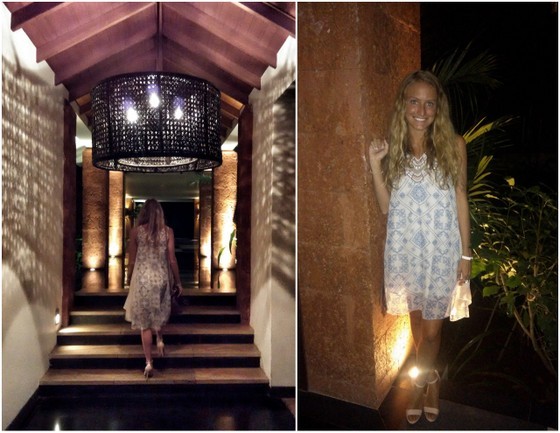 6. Layers. I think my most important thing to pack are items to layer over inappropriate things. For example a baggy cape over a little black dress, or a fringe kimono over a skirt and crop top. That way while in transit you are covered and look damn cute, but at the club or restaurant you can take off the top layer. I have a few kimonos from ASOS, some baggy grungey button-ups, my leather jacket which I sometimes tie around my waist, and a few sweaters. 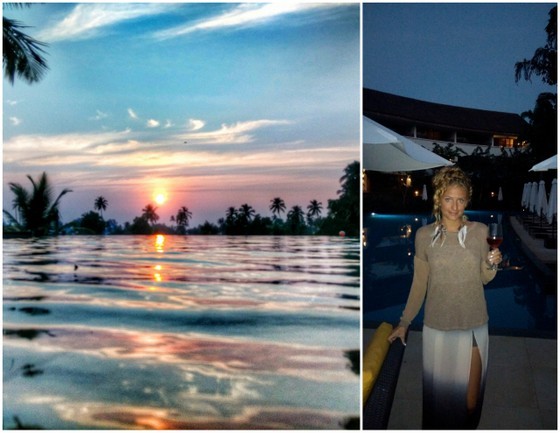 Love this sweater from Urban Outfitters, and FYI this skirt is only okay in Goa.

In conclusion, if you aren’t a shopoholic like me you probably can bring basically all your clothes from home and find use for them. I had SO many clothes back in Ohio, I really had to make sacrifices (ok, not sacrifices, but it was hard).

When I go home, I tell myself “stock up on Delhi appropriate clothes” and buy a couple maxi dresses (that AREN’T tight) but then go right back to shopping for things I love and don’t worry about where I’ll wear it.

Scarfs are a lifesaver because women in India are supposed to pretend like they don’t have boobs. Yes, that’s what the dupatta is for (the scarf looking cloth worn backwards); draped over the boobs to hide them. Absolute nonsense but if you show cleavage you’ll get trouble! I’m lucky that I have none so I can wear tank tops without worry. If you’re a C or bigger, I wouldn’t try it. 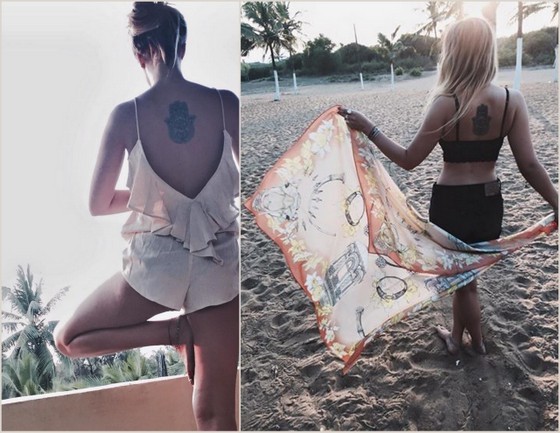 typical for Goa, not me pictured, photo from FARA.

If you’re coming to India, don’t over think it.

Worst case if you wear jeans, a t-shirt, and a scarf, you’ll be fine. If you don’t feel fine, head to Fab India and pick something up. Some women don’t feel safe in India unless they are dressed in Indian garb, and that’s okay too.

I think the longer I stay here the more lax I get about what I wear in Goa ONLY.

When in big cities and when outside Goa, I have to really put aside my personal thoughts of freedom to dress how I like and follow their tradition. I’m a guest in India and dress India appropriate while I travel because it is the right thing to do- do I dress perfect all the time? No, I mean, I live in India ALL year long, I’m bound to make mistakes, under pack, and end up with only yoga pants and a t shirt to go to the Kerala airport. Shit happens, but at least you should try to blend in. I would say 90% of the time I do a good job, and the other 10% I either forgot to pack enough or had an “I don’t give a fuck attitude” while out with friends in Bombay during the day.

If you dress in Indian garb will you have NO problems? Umm no. Will you have less? Maybe! Probably! I can’t recall where I saw these, but one foreign blogger in India writes about how her mother in law won’t let her take off her duppatta even at home so her father in law won’t look at her in the kitchen, and another was masterbated over in public while dressed in Indian garb ( I know, yuck, but many bloggers who came to India have written that this has happened).

So, even if you cover up it may not be enough to stop stares. Actually, I know it’s not enough to stop stares as I get stared at a lot in other parts of India while fully covered in baggy pants, tops, and scarves. If wearing Fab India (popular appropriate Indian garb) and waiting to buy it in India, or picking up baggy “ali baba” tourist pants makes you feel safe, do it, but don’t think it’s a shield against unwanted stares AND if you’re staying in India long term (moving here) you’re going to want to dress how YOU want to dress instead of baggy pants with elephant prints or an outfit that’s foreign to you.

I must wrap up this blog post because I can tell I’m rambling ;) Just remember some Indian people are very chilled about what you have on and other more traditional people are not cool with even jeans… in fact, even if you wore a snow suit there could be someone you offend ;) Just try to dress modest and cute, except for hedonistic Goa (jk, kinda). Oh man, this post is probably gonna get me mean comments! AHH! I will risk it because this is meant to be for girls to read who are thinking about moving to India… and you guys are worth it.

Remember, most foreigners choose to live in Goa because they LOVE India, but need some freedom like their past lives. That’s why we all say, “It’s better in Goa!” . 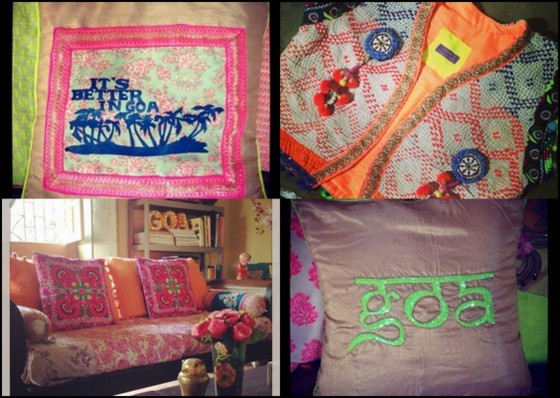