So, You Want to Travel to Find Yourself?

Home » Favorite Posts » So, You Want to Travel to Find Yourself?

If you want to travel to find yourself, you have to most importantly: BE YOURSELF

Are you shocked to know I have had people gasp at me when I say I ate Burger King in Thailand, or TGIF in Bombay? Probably not. They are baffled I get a SIM card in new countries with 3G so I have Internet. They can’t believe I still download and watch my shows from home that I love, or that I’d go to a boring movie theatre on a laid back night.

Obviously, it’s a little different for me because I live abroad, but it has put how I act when I travel into perspective. 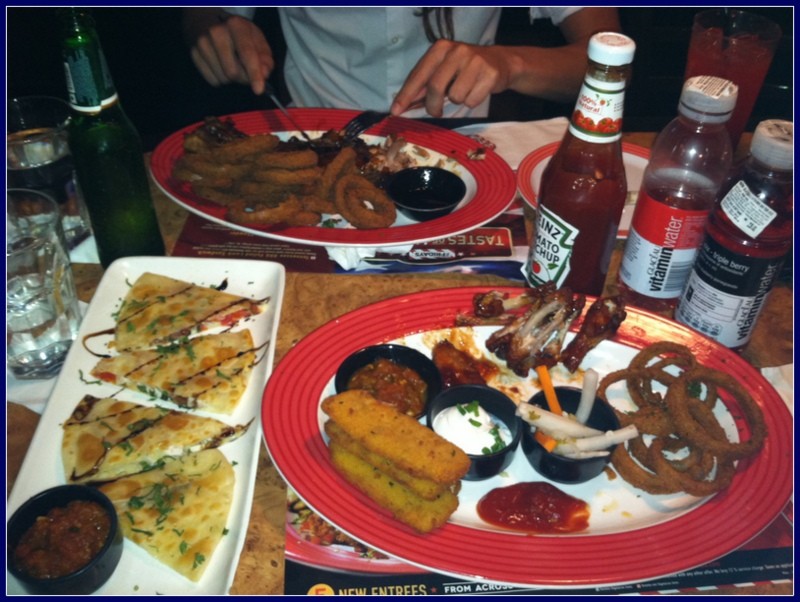 who would pass that up when you haven’t had anything like it in months!?

I live to travel but I am not going to stop doing what I love because I travel.

I don’t need to dress like “backpacker”, or like and “adventurer” out of an REI advert. Sometimes I like to wear the touristy Ali baba pants, not because I’m supposed to but because they are comfortable, breezy, fun colors, and men stare less. If I’m in Ali baba pants and I see someone in a nice summer dress, I don’t think, “OMG they are not even getting into the spirit of real travel”. But when I wear I little dress, I sometimes feel that’s what people think when they see me. The look says it all.

There are times I wear a dorky headlamp like a pro traveler would; they really do come in handy. But other times while on a train, I might pull out my laptop, watch an episode of Grey’s Anatomy and read the latest Cosmo on my tablet.

Either way of travel is wonderful as long as you are happy with it! If you end up feeling like you’re trying, but you just can’t fit in, then you aren’t being true to yourself.

Where I live now, they dress in what is called “psy” clothing, reflecting the music they love. They look amazing, covered in tattoos and dreadlocks; their clothes are tattered and tiny. Seriously, check out this girls’ blog to see how they dress. Throughout the market are shops left and right selling these handmade clothes. Although they’re cute, if I started dressing that way, I’d feel like it was halloween, so I don’t. It’s not who I am. When I do go to trance parties (which is rare) I probably stand out like a sore thumb.

Although I live in a conservative country, I dress in clothes I like, which for me is not traditional Indian clothing. Even my Indian girlfriends don’t wear traditional clothes unless it’s for a special occasion. Now, some travelers love to dress in kurtas and leggings, which is a cute look and if they are happy in it, that is exactly what they should wear. I cannot wait until my first Indian wedding where it will be expected and appropriate to wear a sari.

I will wear a bit of a costume for a camel safari in Rajasthan just like I do for the Kentucky Derby. It’s fun to play dress up, just don’t let it become the new you if it feels like dress up. If you do, when you “find yourself” you’re finding a fake person; when you get done with your trip you’ll be more confused than before. 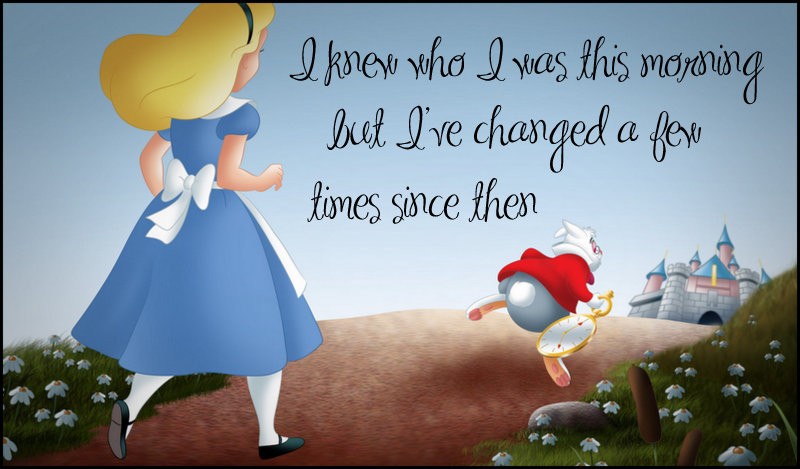 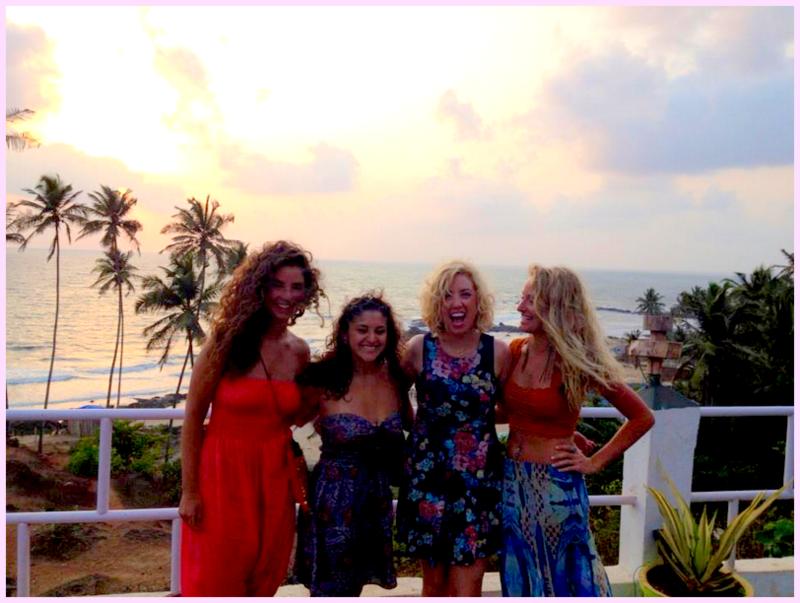 “You ate McDonalds? How American.” American is used negatively here… go figure. Why does everyone think ALL Americans are fat and eat McDonalds every day? It’s not nice to stereotype entire nations. Let me have a cheeseburger without the whispers. 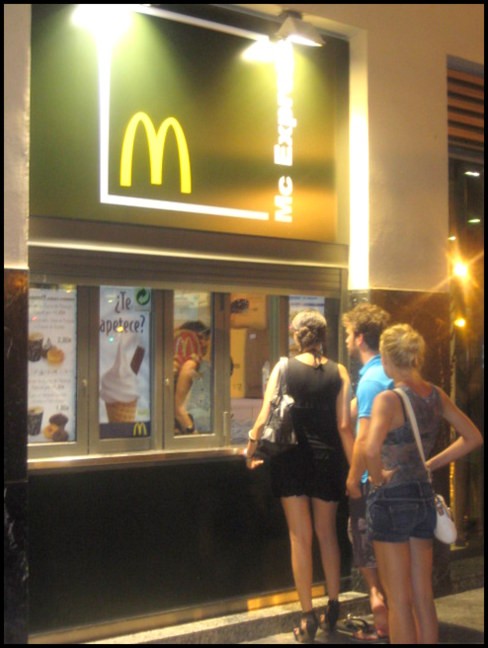 Each country I go to, International chain restaurants are full of their nationals. Can I get my Starbucks without stares in another country, why yes… Because it’s normal. But when I tell another traveler some say “oh, well I had chai because I’m really trying to immerse myself in the culture.” Awesome, me too, and I get it; I love chai, but when I get to Bombay, I grab myself a Mocha Frappuccino, and I would like to not be judged for that.

Side Note: I know some people feel bad drinking such expensive coffee in third world countries, where only the very upper class can go to Starbucks… but to be fair, even in the States a lot of people can’t afford Starbucks in their budget and drink it only as an occasional treat like I’ve always done. So I do the same in India.

Some say Starbucks sucks, and to you I say perhaps my palate just isn’t as sophisticated as yours ;) 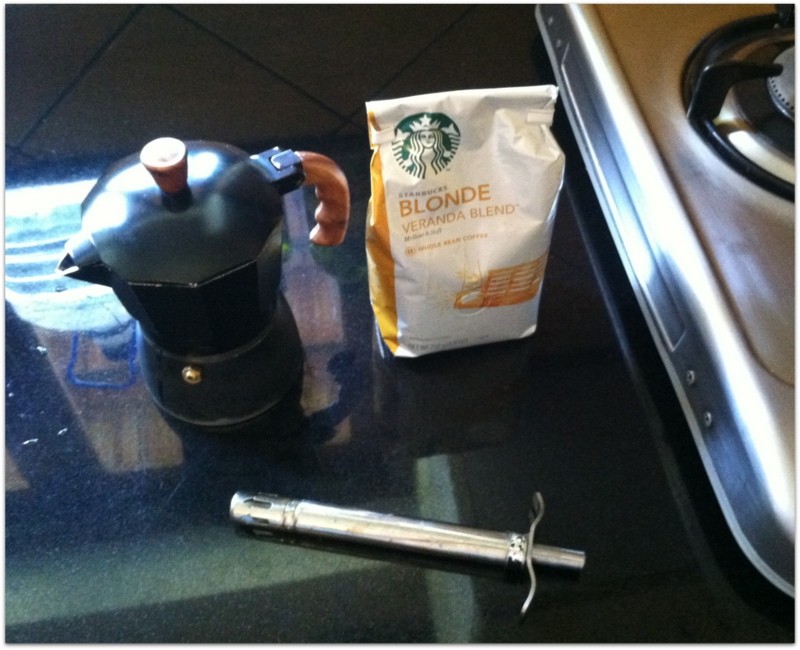 this is my daily coffee routine.. A visitor brought me this Blonde brew as a gift. Wouldn’t you crave a fancy coffee drink?

I also don’t think I need to eat Indian food every meal. At home I eat French, Italian, Chinese, or whatever I crave. Indians do the same. Contrary to popular belief, all Indians do not eat curries every meal, and you don’t have to either! Indians love pasta. They also love grilled cheese and tomato soup. They like French cafes, fancy gelato, Japanese momos, and even Domino’s (who even deliver).

Be courteous and respectful of a culture, and try everything there is, like street food and local teas. But if you’re craving a slice of pizza, stand in line next to twenty Indians and get a slice. If you’ve been in a country so long you’re bored of their food, don’t make yourself eat it because you think you should.

I have seen people decide to act like a new person because they want to fit into the scene around them. Some travelers I meet are much older, have been on the road for years, and are the  “backpacker” that someone back home may imagine. You don’t have to try to be as awesome as them. You’re already awesome! 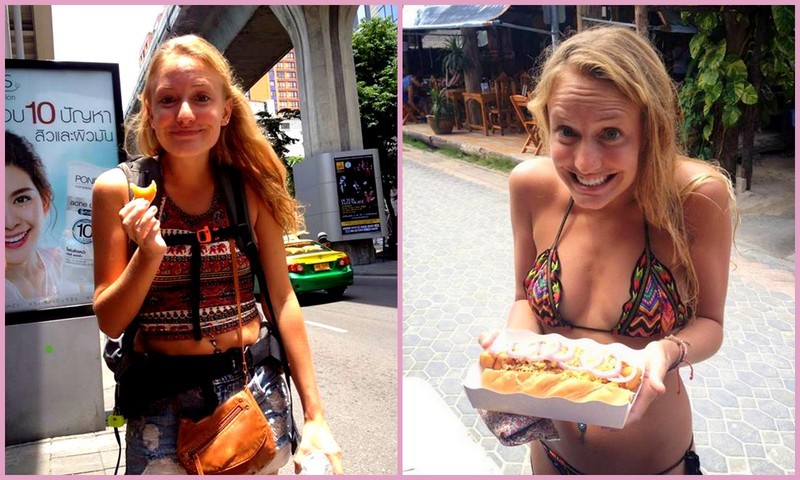 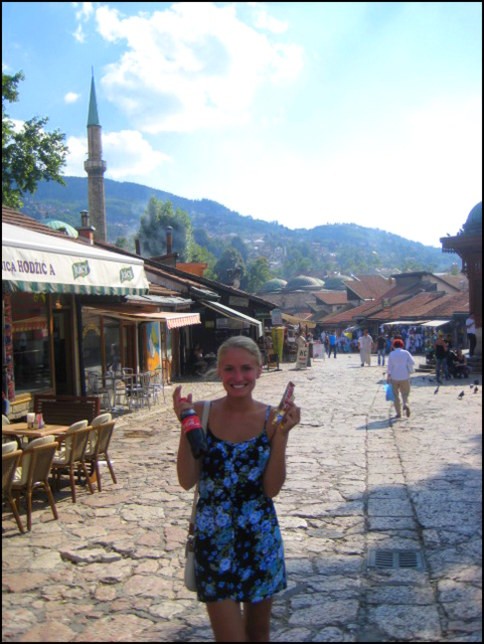 I love the culture of Sarajevo but I still needed a coke and Twix.

“I hate seeing people like you on your phones when you should be enjoying India, seriously..” – a tourist to me at a club in Goa while I was texting my boyfriend. Excuse me, sir, but I live here, and can come to this club any time I like. Just because I’m white you can’t assume that I am a tourist here Facebook messaging someone back home- but even if I was, what business is it of yours?

All over Asia, Europe, or wherever you go, locals are on their cell phones just like we are back in the States. Even in a tiny village in Africa, every adult and teenager I met had a cell phone. Maybe don’t talk as much as you would at home while on a trip, but use it to book hotels or call home when you’re missing your parents.

If you see a traveler on Skype or Facebook, don’t assume that means they aren’t experiencing the “real” travelers life.  There is no “real” way to do it. There is no right and wrong. They do it their way, which is right for them. I travel very differently from many people I meet. For all you know, they are homesick or actually sick and need the comfort of home in that moment. A judgmental look isn’t going to make anyone feel better, but a smile will.

Making goals while traveling is great (like when I swore off men in India), but just because I wasn’t on a man-hunt, doesn’t mean I should discredit another’s travels if they’re running around India hooking up with Aussie boys left and right.

Don’t punish yourself because you feel guilty that it’s not very “traveler-like”. 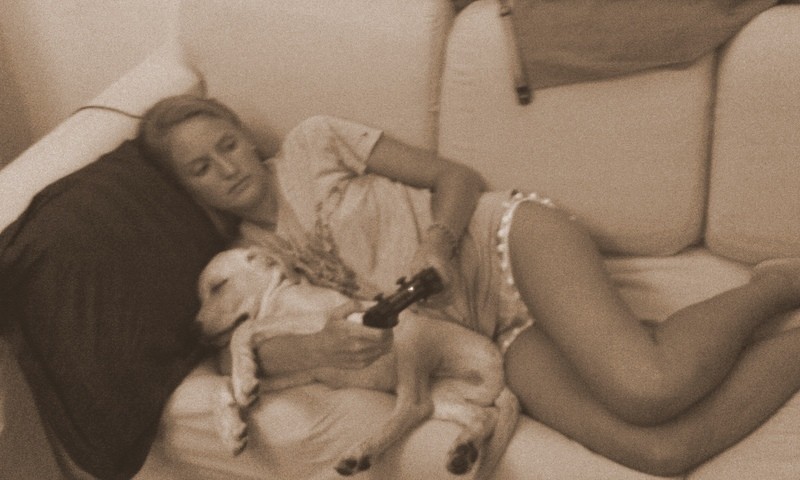 Yes, I think I will stay in and watch an entire season of Mad Men…and start eating the 50 pounds of junk food my mom sent me. 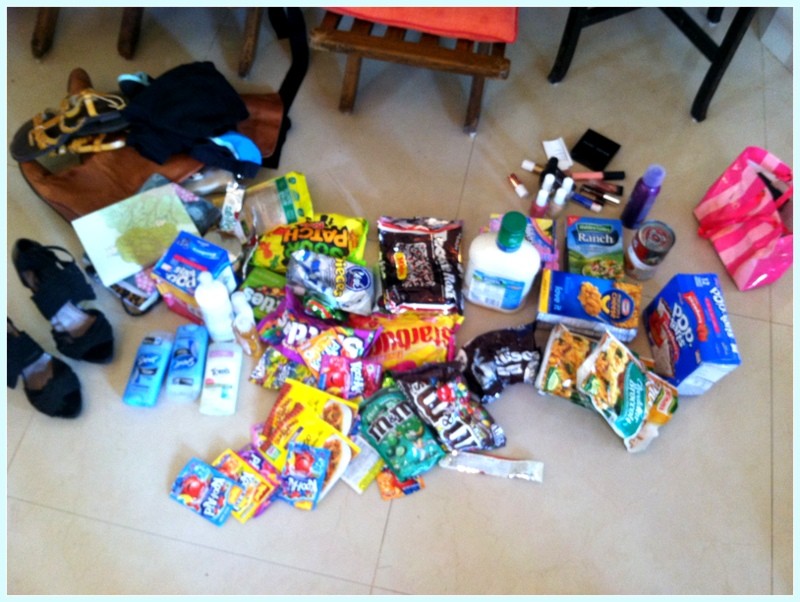 If you are doing something only because you feel like it’s what’s expected, or right, you are cheating yourself from the most fulfilling part of travel: enjoying it. If you’re going on a trip to “find yourself” just keep in mind, you need to BE yourself to find yourself.

Travel the world! Just as you are.