Everything You Need to Know: Traveling India By Bus

In this article, I am going to tell you all about booking a bus in India, how to get around India by bus, and tips for safety on buses in India. For backpackers, sleeper buses are the best option to save a night’s accommodation but I’ll also share about when to choose a train over a bus when traveling India. If you’re planning a big trip to India, check out my India ebook which is your complete guide to the best of India from my 6 years of experiences traveling and living here.

Being from the Midwest of America, I didn’t travel by bus and train until I went to Europe years ago. I can remember being troubled by the London tube. Before coming to India the first time, I was nervous about transportation. Not safety, but just how to get from point A to point B traveling India by bus and train.

There were challenging times throughout the journey, but like the Dabbawalas in Bombay, Indians have a way of making things magically work. A lot of transport in India is just letting them tell you what to do and following blindly.

These days, you can book a train ticket online (here’s how) and a bus ticket as well with Redbus; but previously only Indians cardholders could. The best way to get it all set up is to make a cleartrip.com account and set up your train tickets through here. Because trains are often booked, I traveled by bus a lot. In Rajasthan, bus travel is much easier.

If you don’t set up an account then you need to book in little side-street shops as you travel. I was used to rolling up at a train station and booking things on my own, so it was a twist to let travel agents do it in a shady back alley, giving me a piece of paper and pick up time and place. You must trust.

You’ll have to decide between local and sleeper buses. I’ll explain what that means! And to stay organized keep in mind I have this post on bus travel, another on train travel, then a post on safety on trains and buses in India. 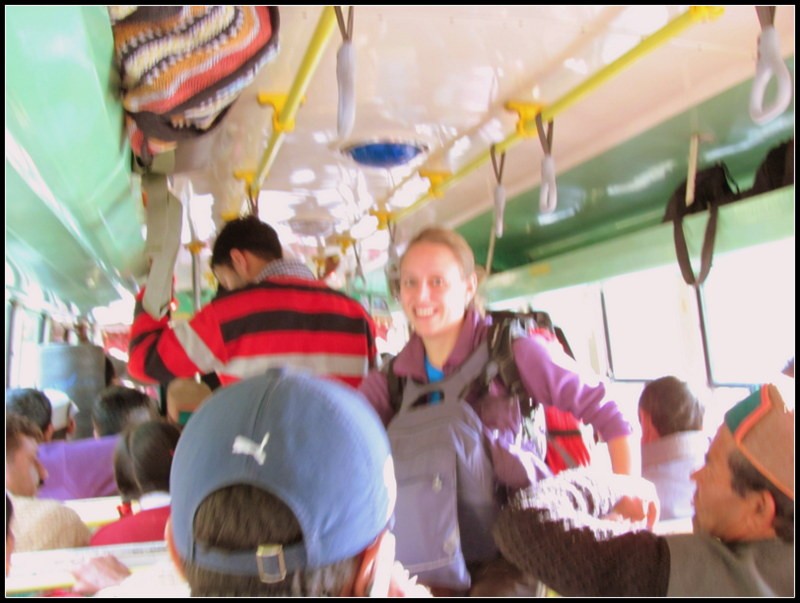 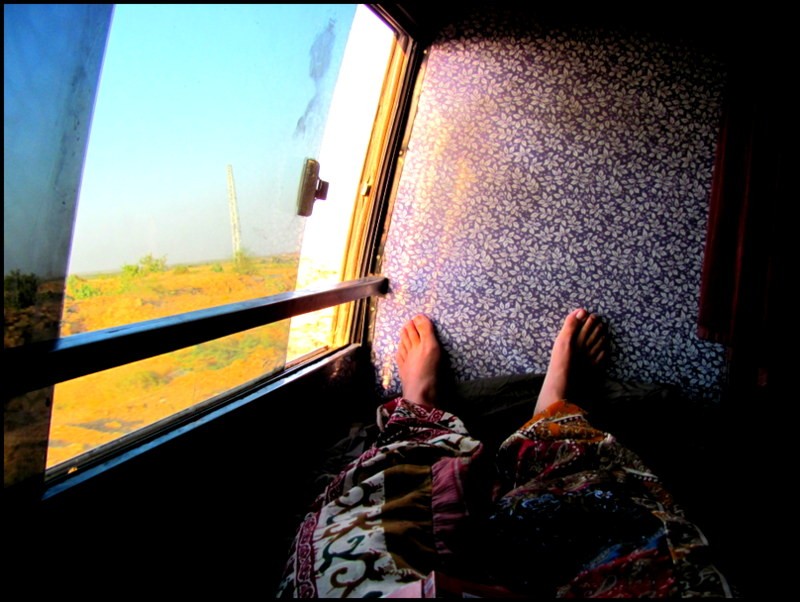 Budget Travel in India for Transportation

I always take sleeper trains and buses to keep me on budget and India was no exception. Trains are usually cheaper for overnight if you travel by sleeper class or second class. Local buses are just as cheap, but when booking through an agent it won’t be local, it’ll be a “sleeper” bus. So, if you are budgeting go to the bus stop the day of and just get a ticket rather than a sleeper bus.

Local buses are so cheap you won’t even make a dent paying, but I try to take these for four hours or less. I did take one for 12 hours once. What was I thinking…

It was like a kid’s school bus, but so full that when going around turns in the Himalayas, half the bus had to get off so we didn’t tip over or get stuck. While freezing cold, the people hanging out doors let the wind come in full blast. Lesson learned. 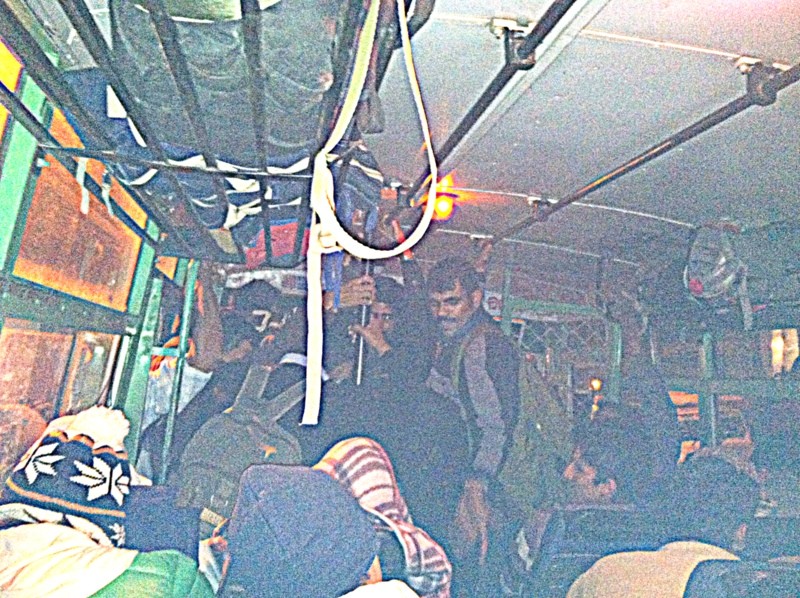 I do prefer trains for comfort, but in most instances, it was more convenient to travel by bus. In Rajasthan, sleeper buses would leave from nearby, while I would have to take a rickshaw 20-30 minutes to catch a train.

I would have saved a lot of money taking the lowest class train (and by a lot, I mean 200 rupees…) that sleeper buses. In Himachal Pradesh in November, trains weren’t possible at all, neither were sleeper buses. It was local buses all the way. Yikes!

If you want to go totally local and the cheapest way possible, just go to the bus stand and buy a ticket the day off. Most times, they won’t even let you buy ahead- you just need to show up when the bus is there and buy it from the driver’s helper-man. It only happened a couple times that I paid more than people going to the same place as me, but it’s so a small amount of money… best to let it go. I’m talking maybe 3o-100 rupees. Pick your battles! 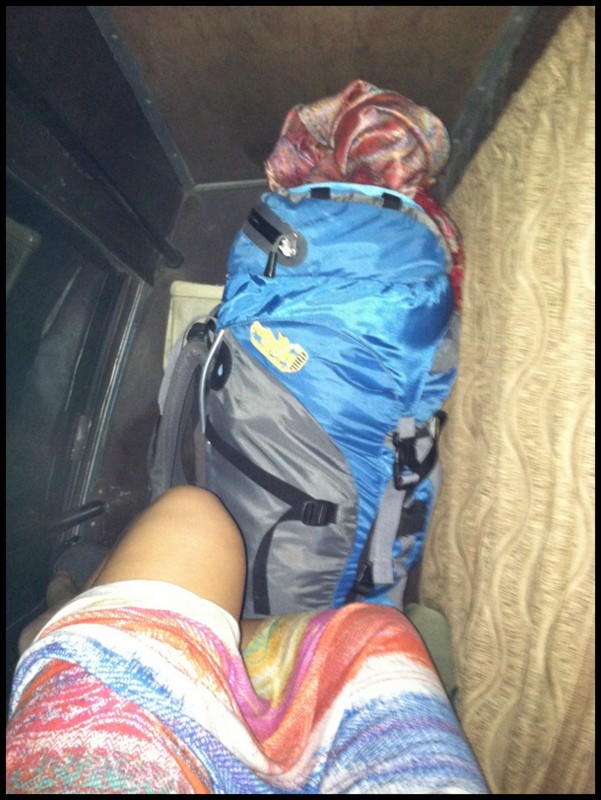 When traveling by local bus, you must know when to get off to switch buses. You’ll switch throughout the night and may have to wait hours for your next bus. I would guess I paid on average 100-200 rupees for buses like these for the overall trip.

Sometimes you will get a seat, other times there are none assigned and you might have to stand. I have stood WITH my backpack for almost 3 hours before (and that was a connection from that 12 hour bus ride from hell!).

Even though local buses might give you a ticket and “seat”, this is meaningless most times as they are SO crowded with people standing and hanging out the doors.  If you get up you may never get your seat back. You can argue right and wrong, but it will get you nowhere.

Is this not sounding like your style? Don’t worry there’s a better option.

If you pay a little more money (600 rupees or so) you can have a coffin to sleep in on a sleeper bus. This bus will take you from point A to B without you having to worry.

They are meant to wake you when it’s time to get off (the bus will keep going to more places), but lets be real, you can’t trust that happening, and it was about 50/50 for me. I take a Travel Alarm Clock

and wake myself up with enough time to pack up my sleeping bag and pillow. If you’re curious what else to pack for India click here.

What You Can Expect on a Sleeper Bus

You will have an assigned seat aka coffin all to yourself. You’ll have a window view on one side and an isle on the other. Coffins are stacked on top of each other. If traveling with a friend, it’s cheaper and cozier to get a double coffin.

Don’t expect blankets, pillows, water, etc. It’s bumpy and noisy with rattling doors of each coffin. I actually get a decent amount of sleep on these once I get cuddled into my sleeping bag. I like that I can close the isle curtain.

You will pay a tip for the driver to put your bag in the bottom of the bus and just hope that it actually makes it to your destination. I have never had problems and don’t hear many stories about thieves on sleeper buses in India like you would in SE Asia. Sometimes there is no “bottom” and you can keep it in your sleeper. Other times, they put it on top. It never looks like they have enough straps for that so I always worry it’ll fall off! Obviously keep all valuables and paperwork on you. 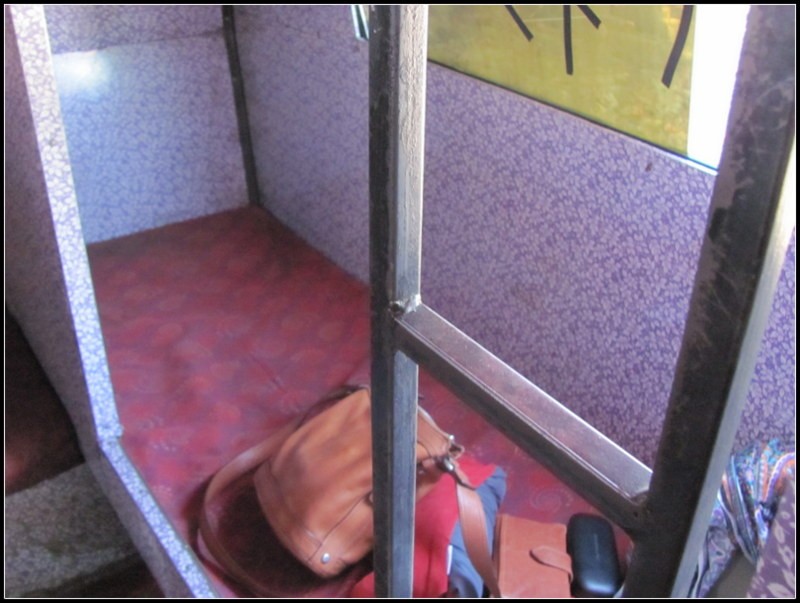 I have an entire post dedicated to safety on Indian trains and buses. I think sleeper buses are safer because you have a little door you can slide shut and there are usually other backpackers and families on there. The down side, especially in the mountains, you have a risk of a bus crash.

Driving in India is hectic, and I’m a new learner, now lover, of their honking way of life, but if you have bad nerves, maybe stick to a train (and hope it doesn’t derail. Just kidding.)

If you’re headed to India, check out my guide to planning your trip. It takes you through visas, flights, itinerary, what to wear, and more. I also have a post with 100 tips for travel in India that will be helpful for you!

Pin these tips for traveling India by bus for later: 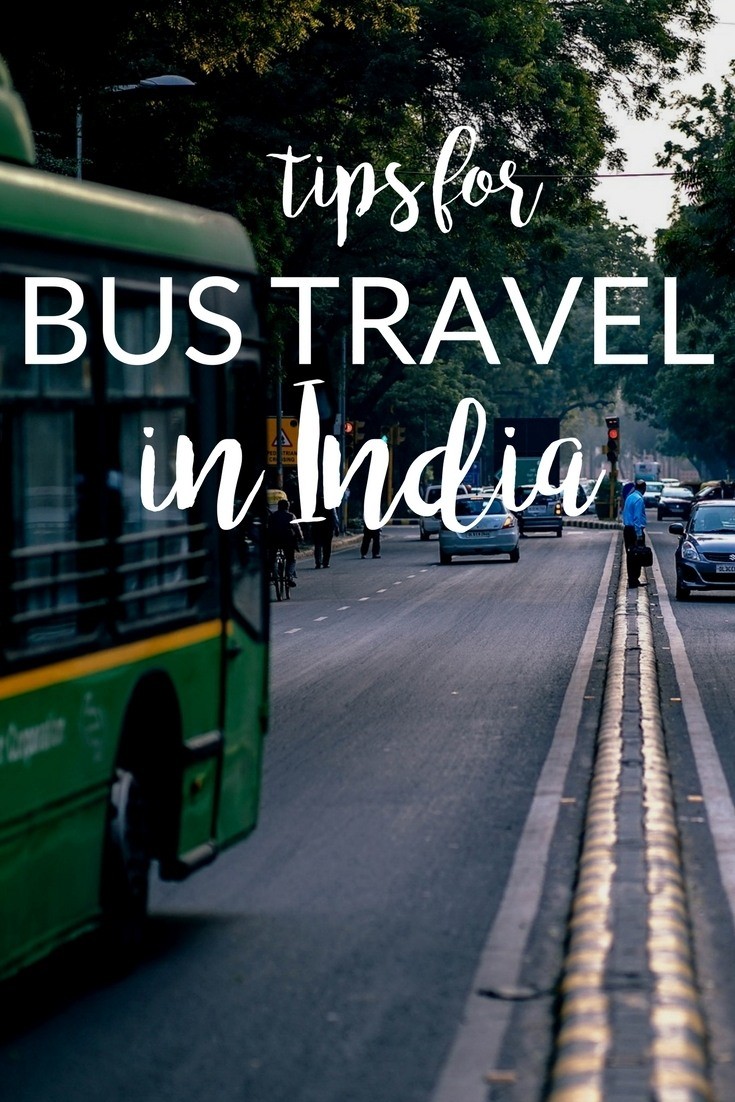