When I read my journal about my first time abroad in Europe I literally laugh out loud at how dumb I was. I am glad I have grown and learned from traveling. Reading my journal reminds me of just how much I was living in a bubble. Before I left the country, the biggest cities I had been to were Salt Lake City when I was 12 and D.C. with a school group.

The journal I’m referring to is from five years ago, when I was 19.

11 foreign ideas I couldn’t get over

1. I still remember listening to the English air stewardess in awe while flying from JFK to London. I wrote two pages about her accent and new words that I hadn’t heard before. Thank god my boyfriend has an English accent, because I love them. Although I don’t like that they always sound smarter, like, a 5 year old with an English accent sounds smarter than me. Damnnit. 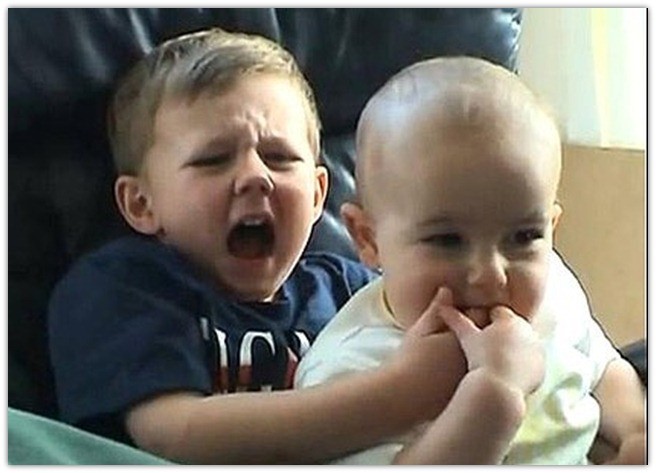 2. Every guy seemed charming just because he had ANY accent at all. “You’re from another country? Just knowing that makes me like you so much. You are so cultured and smart!”

3. My first metro ride. Getting around the London Tube was as hard as I’d imagine diffusing a bomb with a 10 second countdown is. Maybe I shouldn’t use London tube and bomb in the same sentence. Twice.

4. When I found out that Europeans put tobacco in their joints! What is this nonsense? Why can’t I stop coughing? I still to this day am shocked by how almost every European I’m friends with smokes tobacco and I don’t have a single friend I can think of right now in the states that does. I guess I can thank to the “Just Say No” campaign and DARE programs telling us we were going to get cancer and die.

5. Train reservations. I had already bought the Eurail pass, why were they charging me more? Why were there never any seats left on the cities I wanted to go to? It was pretty sad to find out this pass didn’t mean a free seat on any train I wanted.

First photo I took in Europe… I was a super tourist, but not the 2nd time around 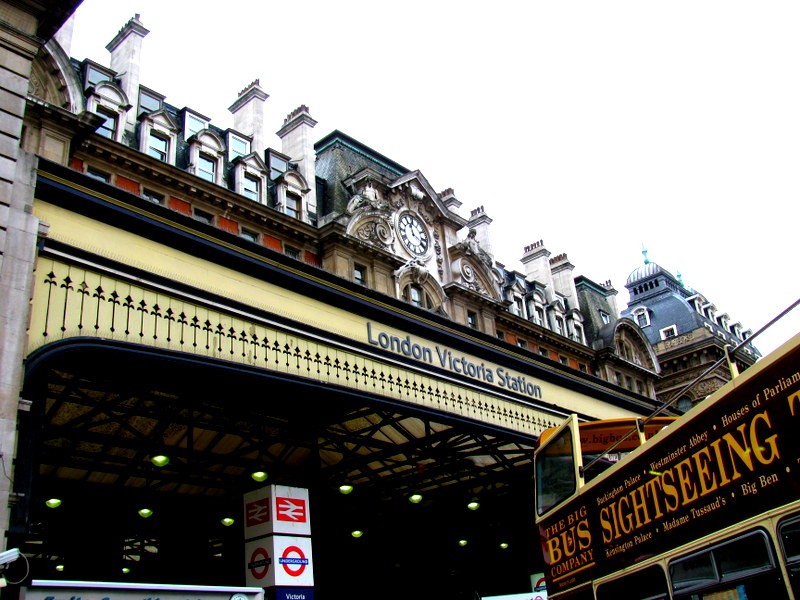 6. A man dressed as a Roman soldier outside the coliseum wanted a photo with me. Cool! “3 Euros”. What? He wants me to pay him? Why didn’t he tell me before we took the photo? I didn’t pay him because I thought he was lying, and as punishment I was called a “mean lesbian” but I learned my lesson: no more photos with people dressed up, or people handing me animals unless I’m prepared to give them money. 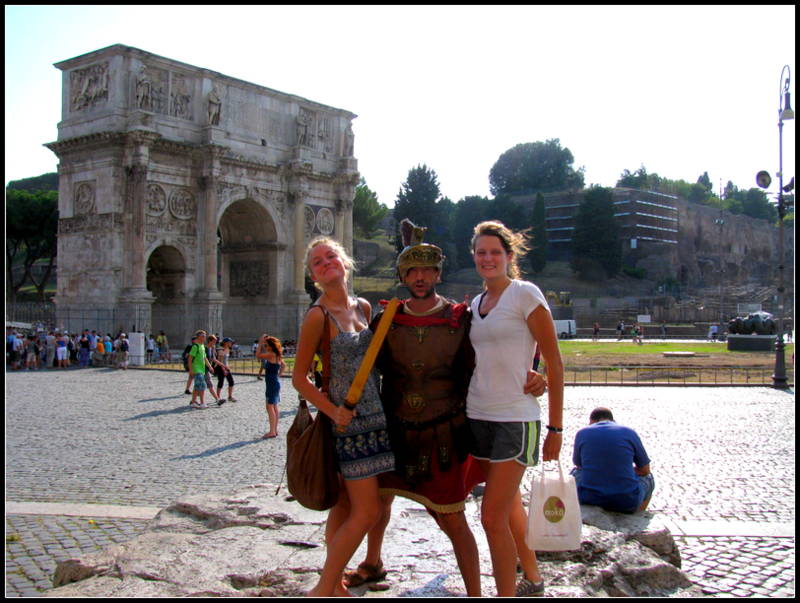 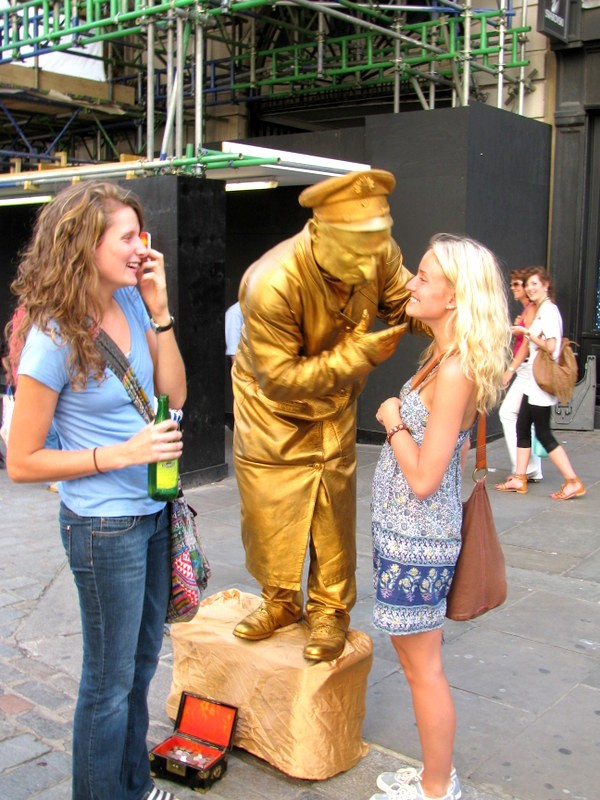 after we learned the rules we happily gave this guy some cash!

7. Sitting at the base of the Eiffel tower at sunset, feeling pretty damn well travelled, having been out of the country 5 days. Why yes, I’m an American in Paris. No American has ever done this before me.

8. My first mysterious travel rash. Pretty sure that one was bed bugs but I put a ridiculous amount of time into writing about the other deadly possibilities. Young me would have never made it through India due to the numerous mysterious rashes this place has given me.

9. Being constantly kicked off private beaches in Italy. How can someone possibly own sand? What do you mean pay to use the ocean? Don’t be silly. 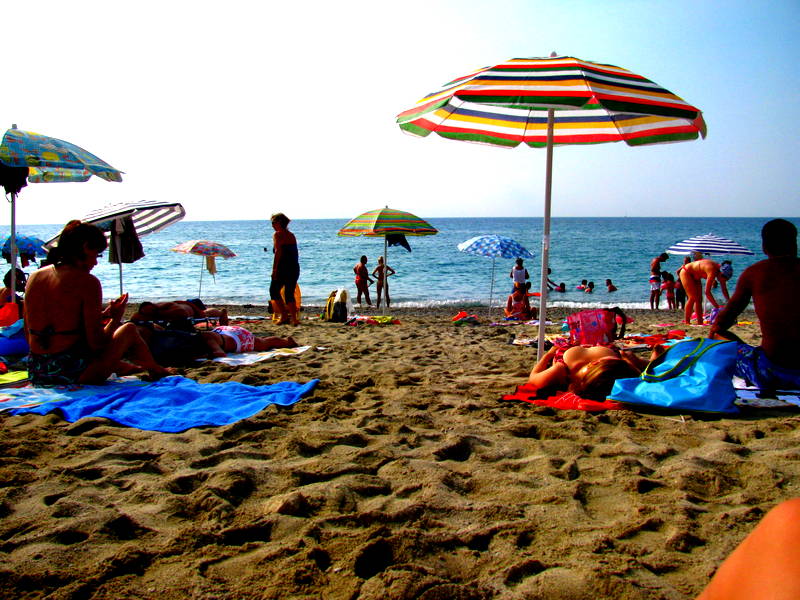 10. Hanging my laundry out on the train to dry. Might as well have told the passengers, “I am American, I am entitled, and you are going to have to stare at my thongs for the next 4 hours.” Seriously… I can’t believe I did that.

11. WHY ARE THE PORTIONS SO SMALL!? Oh, you mean in America ours are too big? Parisian portions were sad but it was made up for in Italy (unless you were supposed to share the pizza in which case, whoops.) As for ice cream in Zurich: pathetic. 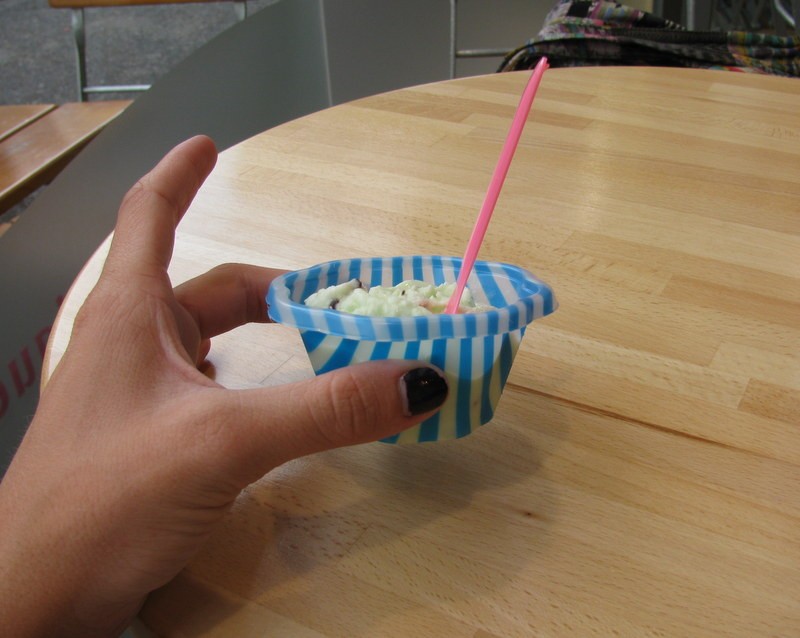