Goa Nightlife: the 6 Most Popular Party Places in Goa

Goa nightlife is literally notorious for its party scene. However, it’s a very specific type of scene – one that Rachel, being an American, had no idea about since she listened to rap and country for most of her life!

After traveling around India and visiting Goa last, she heard of “Psy,” and wondered, “Is he a DJ?” (True story, lol). But Psy is not a DJ. “Psy Trance” is the music of choice in Goa, where it originated. The parties and raves here are unlike anywhere else. While Rachel shared the most obvious party places in Goa for you to try, we had her friend and fellow Goan expat, Jules, make sure everything was up to date and even add another popular spot!

Keep in mind that even if it’s not your cup of tea, it’s truly something to check out at least once. These parties are 100% part of Goa and Goans, Indians from outside Goa, and foreigners come together at them. It’s not something fake for tourism. In fact, these parties are as real as it gets! The “trance” parties are mostly Anjuna and Vagator but also in Morjim, Ashwem, and Arambol.

Most of these photos are from Rachel’s friend, Katja. She’s the designer behind Dadablui (who Rachel wrote about in this post) and has been partying at these places for decades- thanks, Katja!

A Goa Nightlife Guide: Top Nightclubs and Parties in Goa 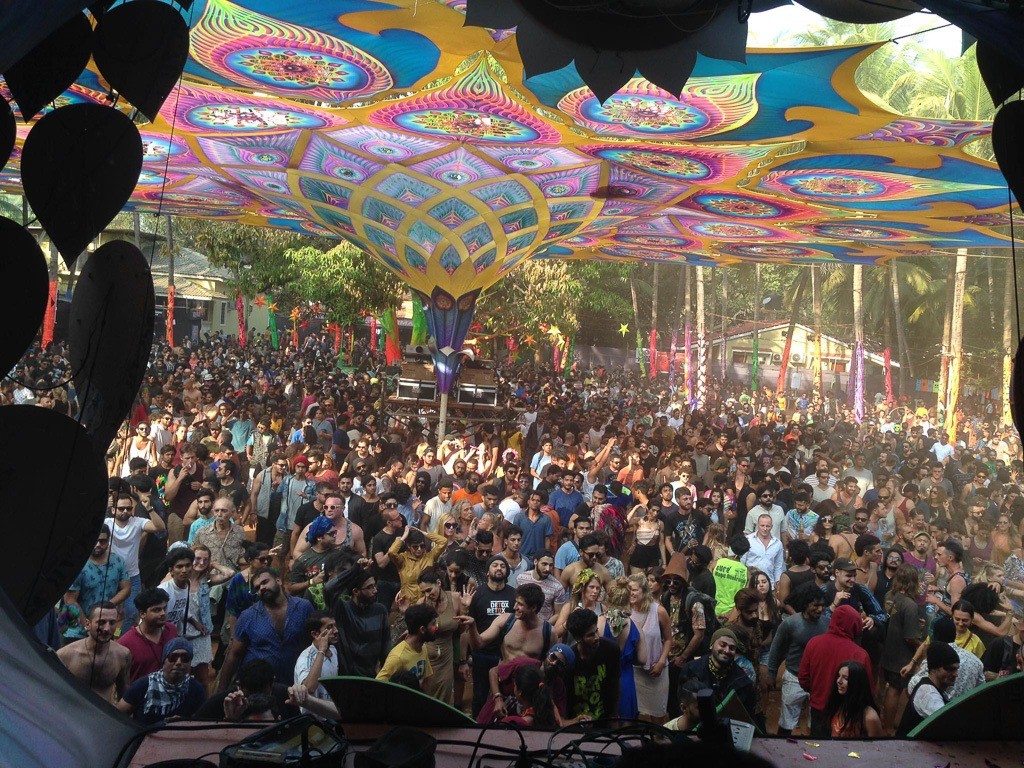 HillTop is definitely one of the best party places in Goa. It’s the most well known and also nostalgic. Just check out their Facebook page to see images of the scene and you’ll get how wild it is! Sundays are the night they have their biggest parties starting early at like midday until only 10 pm but some nights like NYE and Christmas Eve go on all night and through to the next day.

You’ll find backpackers, locals, old school Goa hippies who have been coming here for 30 years, and domestic Indian tourists altogether. It’s really not an “exclusive” vibe – people are welcoming and laid back at these things.

If you don’t want to dance there are sometimes ladies with chai on the sides (“chai mamas”) and you can go sit and chill and people-watch.

It does cost to get in! The cost is anywhere from 500 to 2,000 rupees depending on the party.  Most of the amazing trance parties here are a little expensive. The DJ’s here are not just some random people, they are internationally known, amazing trance DJ’s and some people travel here just to see their favorites perform.

In January, they have their famous Hilltop Festival which is a 3 day Goan Trance festival with a huge line up of international DJs. This festival sees over 5000 people coming through the door. The stage decor is always amazing, so if Goan Trance is your thing don’t miss this one. It usually sells out and tickets should be bought in advance.

HillTop is up on the big hill in Vagator before you turn to go towards Ozran Beach. It is one of the originals and has been around since 1976! 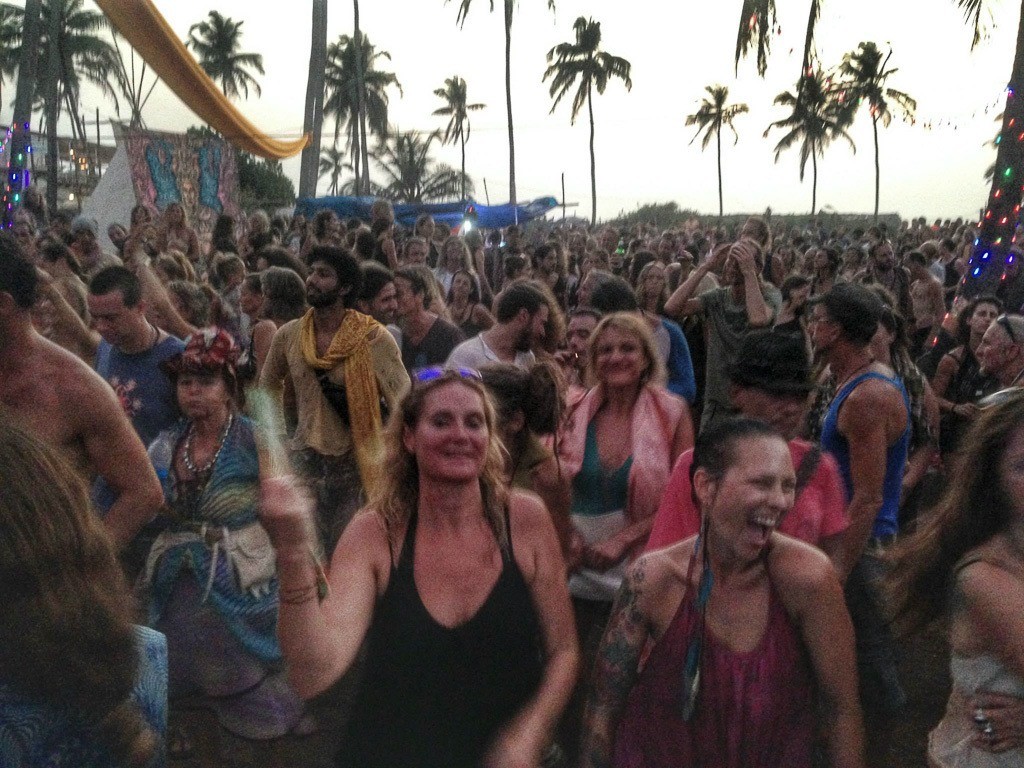 Shiva Valley is on Anjuna Beach and is another really epic place for trance music and kind of one of the “original” places in Goa for this. It’s right next to Curlies, and it’s a beach shack like Curlies, but smaller. On Tuesdays, they have their big party which everyone goes to. This starts around 5 pm and there is a cover charge. 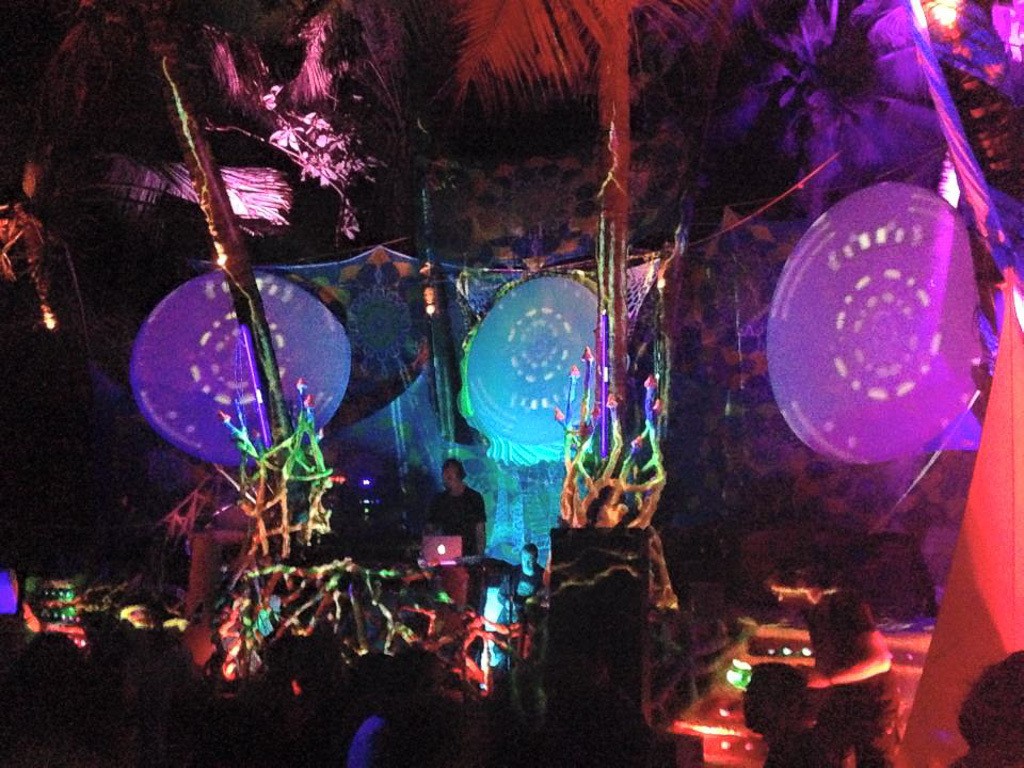 Also on Anjuna Beach, Curlies is the more popular shack of the two side by side shacks (Curlies and Shiva Valley). I think Curlies is said to be the first ever beach shack in Anjuna Beach – but that could be a rumor! It’s been around for decades though.

Curlies is actually a pretty chill place to hang out during the day, too, and the food isn’t bad. We take friends here sometimes. After 5 pm or around sunset it becomes more of a party place though and sometimes goes all through the night. Of all the places on this list, Curlies is actually a place I do go to party sometimes, and it’s great that it’s open in the monsoon.

The party night here in on Thursdays and it’s free to come in. Keep in mind at all bars/clubs in Goa if you are a group of just men, you may be denied entrance. They try to keep the balanced men and women for safety and such.

9 Bar is somewhere I tend to go really late at night after other parties have winded down. It’s a different type of place on Vagator Cliff. It has some outside parties but also this inside space which is a little dungeony since it’s soundproof.

It’s definitely that real “trance” vibe though and a cool place to check out; they get DJ’s here from all over the world. It’s near a lot of hostels and guesthouses, so tourists tend to pop in here for parties. A perk of this place is you get amazing views over the Arabian Sea! Every time I’ve been it was free entry, but there are some big parties where they might be charging a small amount to enter, depending on the DJ. 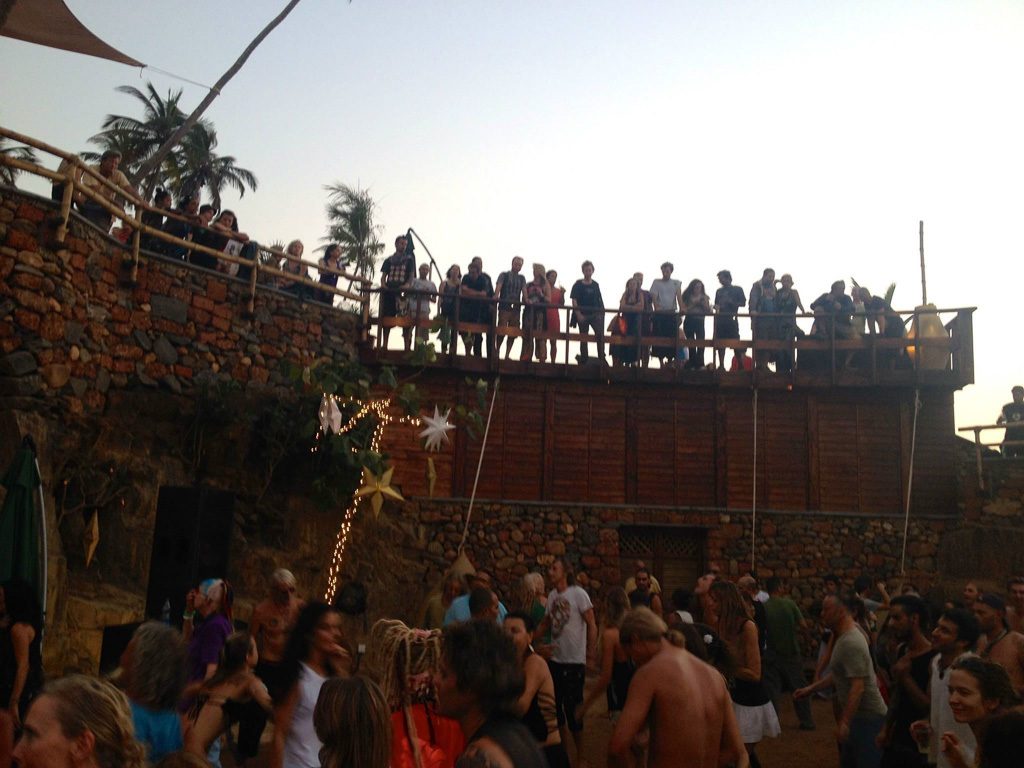 Chronicle is also on Vagator Cliff but down the cliff a little bit. It has levels and has amazing views. Chronicle isn’t really known for trance/psy but has all kinds of electronic music like techno and deep-house. Chronicle is also a restaurant and has a shop inside. I guess you could say it’s a little more upscale party place, and you can get more dressed up here if you want to. It’s actually new since I moved here and opened in 2013. You can check their Facebook page to see when they are having a big party and they do charge an entrance fee on nights like that. 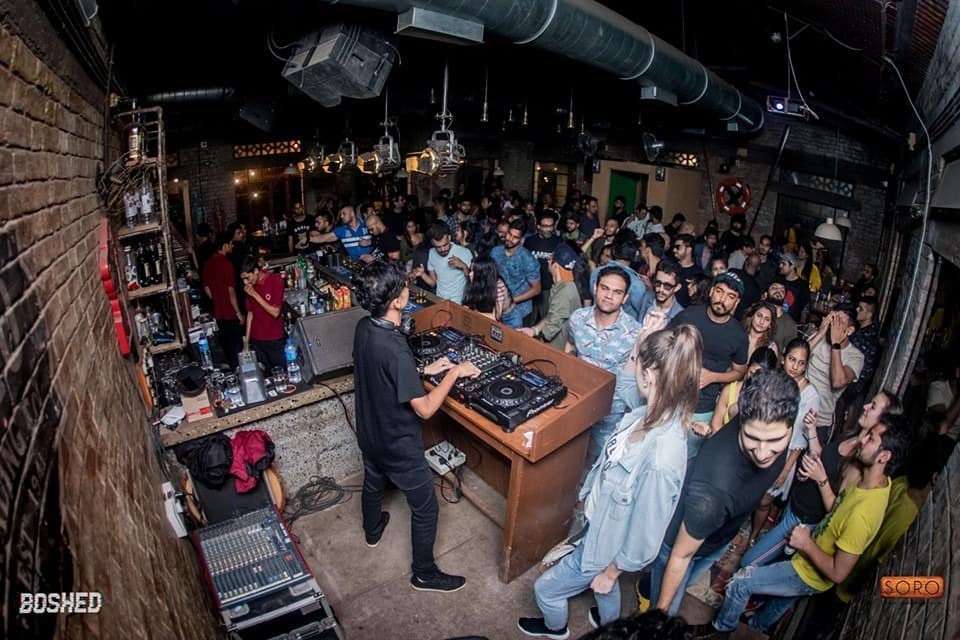 Soro, the name of the club, is in a sleepy part of Assagao and is an indoor area that has a pub vibe about it. On different days of the week they have specific nights on. One not to miss is Boshed. Every Tuesday, this techno party has its weekly resident DJs plus special guests. The party goes on until 3am and is always busy. Here you will find a younger crowd and lots of residents of Goa rather than tourists. Perfect for scoping out the true local techno scene. This party goes on throughout the year whereas most of the above will stop for monsoon.

And if HipHop is more your thing, the same Boshed organisers throw a Down n Dirty HipHop night on Thursdays, also at Soro.

So, which of these party places in Goa should you have on your bucket list?

Those were the top places to go for Trance, Psy, Techno parties (you can check their Facebook pages or WUG to see what DJ will be there). This really just scratches the surface though. There are so many more places to have epic parties in Goa like Monkey Valley or new ones popping up in Morjim. This guide is mostly just to show you the most well-known, classic, trance parties in Goa.

It’s definitely not my scene; although I’ve tried these parties a lot, I just don’t love this music. Wish I did! I love how it brings people together and all my friends are into it. But all these years have gone by and I’ve never gotten into it. (I think partly as I’m not much of a partier, in general, these days, so maybe when I was 20 I’d have loved it!).

You also have the commercial scene here in Goa with R&B, hip-hop, and Bollywood. This is mostly in Baga, Calangute, and Candolim at clubs like Sync, LPK, and on Tito’s Lane.

If none of this is your scene and you’re going to be in Goa for some time, you might want to check out my e-book, The Insider’s Guide to Goa, because in each beach/village, I write about nightlife and most include alternative nightlife like live music (which is hard to find here), Reggae, and more chilled out vibes that aren’t as hardcore or crowded as these.

Have you experienced Goa nightlife? Where would you recommend going?

Check out some of these posts to help you continue planning your trip to India: 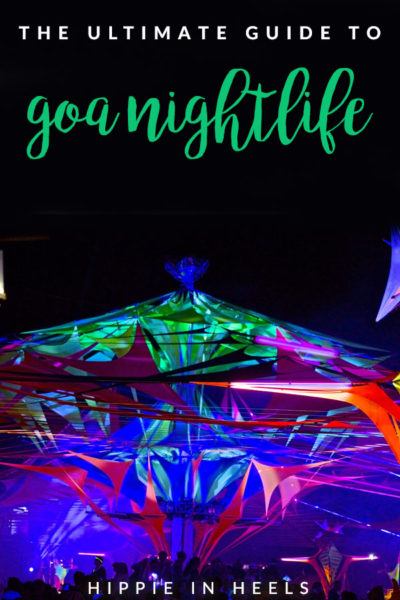