Everything You Need to Know About Uber in India

To answer your first question, yes there is Uber in India. However, even nowadays, it is still not available everywhere and there are a few slight differences you may want to know about. With the help of Jules, our local India expert, we’ll try to help you with these changes as well as give you some tips for using the app!

When Rachel first came to India in 2012, Uber didn’t even exist in India yet! Back then, you got to the airport upon arrival and could either take a government prepaid taxi or arrange with your hotel to pick you up. Both options were, of course, better than trying to fight for a taxi right outside. Even then, she realized those prepaid taxis were rip offs and only used MERU cabs or taxi that used its meter. Then she’d just follow the car with her maps app to make sure the driver wasn’t going in circles.

Of course, nowadays Uber is well and alive in India, so here’s our best advice so you can feel safe while using it!

Want more tips for traveling India? Buy our India Guidebook and even if you ONLY read that, you’ll be 1000% prepared for your trip. It’s 6 years of India travel experience all wrapped up in an organized easy to read manner.

When to Use Uber in India

A Note on the Safety of Uber vs. Other Taxi Options

Honestly, there is no difference between using Uber, a MERU cab, government prepaid taxi, or jumping in a random cab. The background checks are not always done as they should be and although Uber should be more trustworthy, events have proved this false when a woman was raped by her driver in Delhi.

Uber says they have made things more secure, so perhaps it would be a safer option, but really it’s just down to chance on these things, isn’t it?

Rachel would use Uber not just because of safety, but because the app was easier than waiting in line at the taxi stand and she’d sometimes forget to have cash.

Why Uber is Still the Better Option

When you choose a journey on Uber the price is set. There is no need to barter or do that thing where you walk away as the price is too high and then go crawling back because you actually need to take the taxi. You are given the final price before you commit to the journey and there is no need for negotiation which saves a lot of stress as you are of course unlikely to know what the price should be in foreign countries.

You will also see the reason why places like Goa protest against having Uber is because the prices given on Uber undercut the extortionate taxi drivers by a long way. Uber gives you what the real price should be and for us travelers, this is a godsend.

Additionally, with the use of the app it is an easy way to keep account of what you are spending on journeys which can be a great help for those budgeting in India and also for those traveling in groups needing to know who spent what.

Tips For Using Uber in India

1. Install Uber before you arrive

When Rachel first downloaded Uber, she did so in the US. When she later deleted and reinstalled the app, she discovered that she had issues logging in and since she had a new SIM number, she couldn’t verify her account. To be on the safe side, just download it at home first.

One other thing to note is that you can choose to pay with cash. This is easy enough. You just go to your settings and choose cash or card. You can use an international card, no problem. But if you prefer cash it’s an option. When Uber first came to India, it was card-only as it is in most countries. They waited a long time before realizing they were cutting off the majority of their market. India was the first place you could pay cash for an Uber, trialed in Hyderabad in 2015. 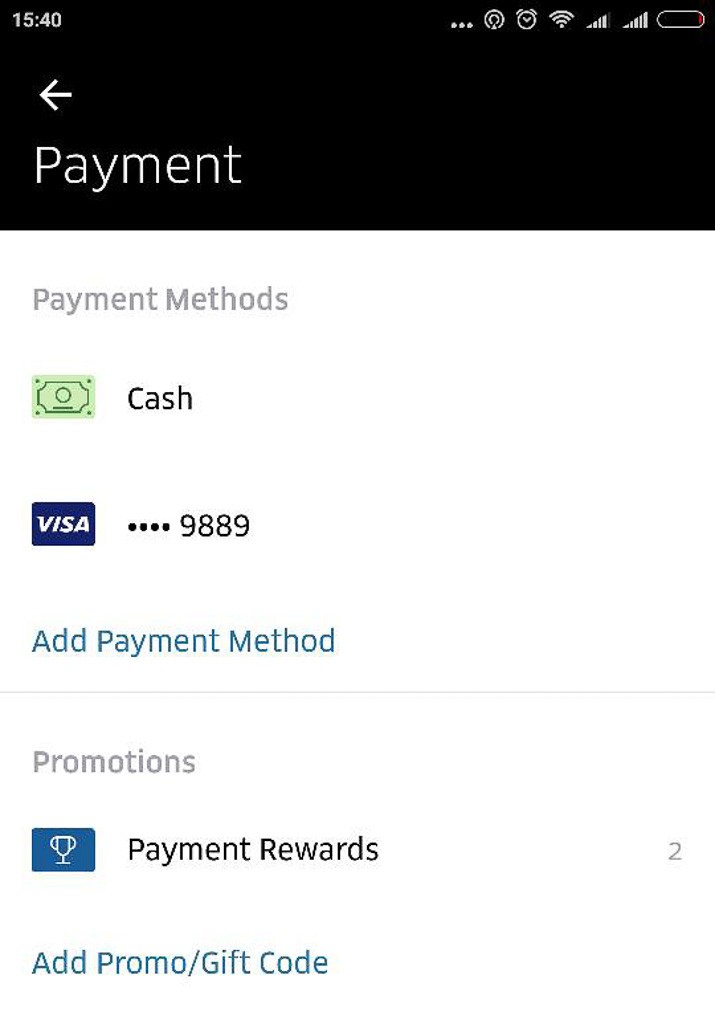 Technically with Uber, the tip is meant to be included in the price, so if you pay via card, don’t worry about it. If you’re paying in cash, it’s typical not to tip drivers for short distances. However, what you want to do instead is just round up and let them keep the change.

4. Uber pickups may be in a different area

In the USA, you might find that there is an Uber pickup area at airports clearly documented with signs. You can now find these specific areas in certain bigger airports in India such as Mumbai and Delhi.

5. You need a working SIM to use

You NEED to have a working Indian SIM card so that you can talk to the driver and see where to go. It is very likely the Uber driver is going to phone you to confirm the journey before they come to the meeting point. Language barriers do happen. English is widely spoken in India, but some drivers will not speak it. You might have to ask someone to take the phone from you and translate to save time. 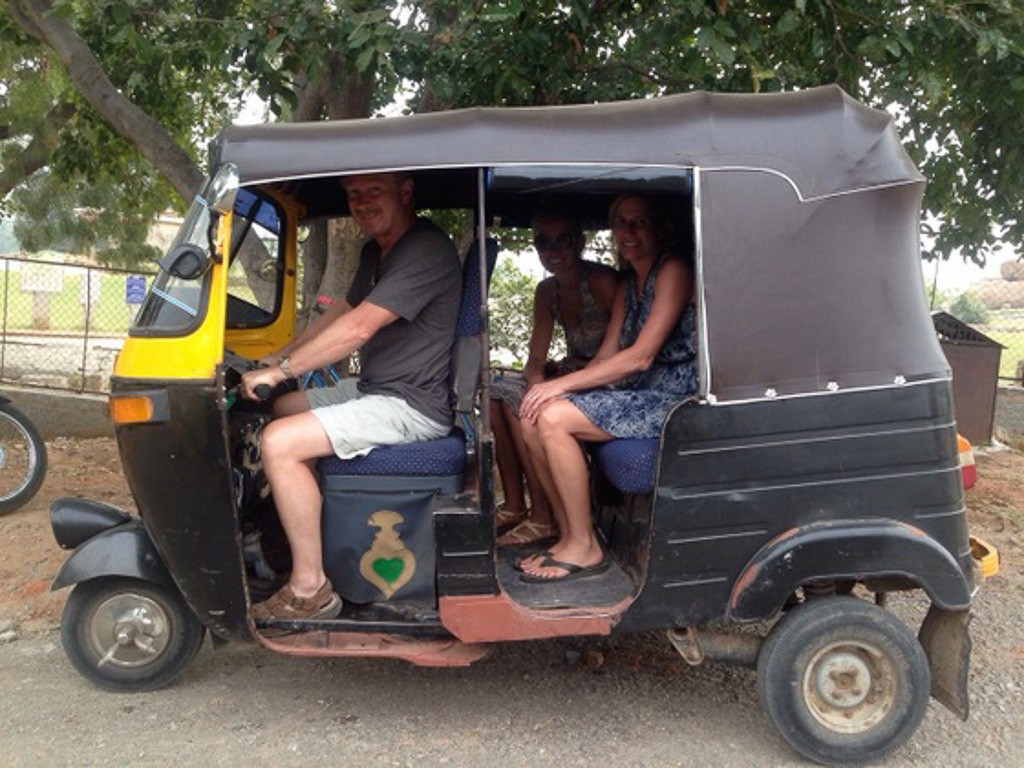 6. You can use it to for rickhsaws too

Uber now has UberAUTO which will use rickshaws instead of cars if you want that experience!

7. Make sure to check the license plate

When you get to the car, verify the license plate and ask the driver to show you the trip on his phone. You never know what scams people could pull, so better to just make sure you’ve got the real Uber driver.

With Uber, there should be a photo of the guy and a license plate and car make. While in Bali, Rachel noticed it was always some other guy driving the car and she didn’t mind. In India, however, do not get in the car unless it is the same guy. 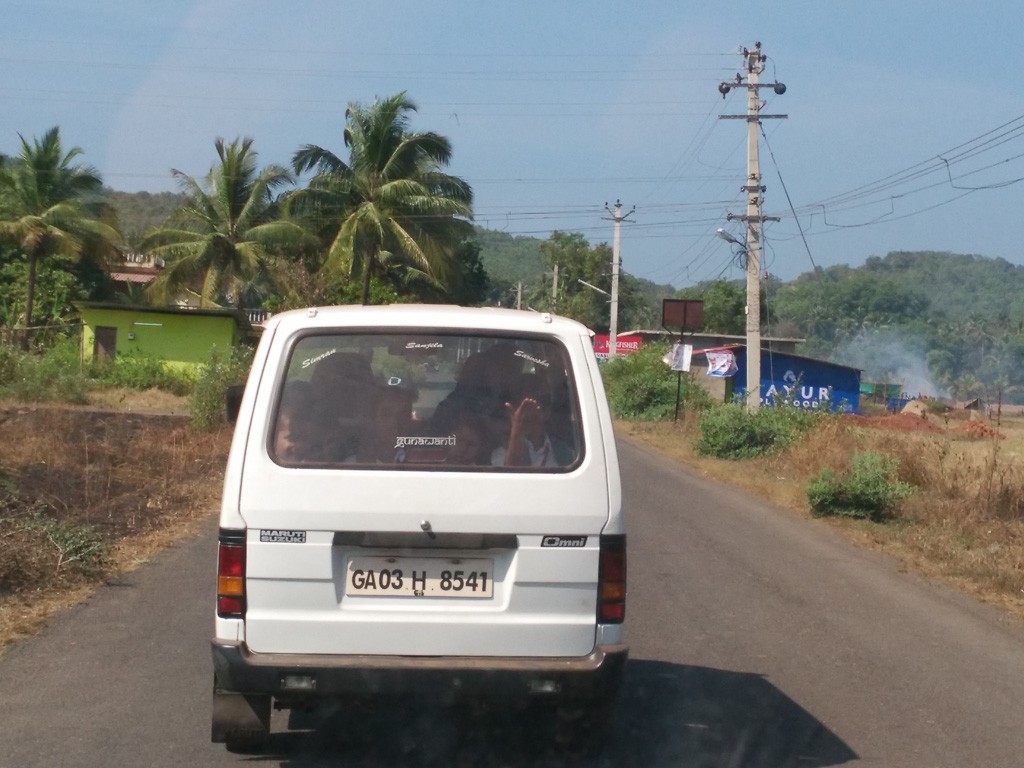 You will get drivers who cancel on you. It sucks and happens here way more than any other country I’ve been. Many drivers also work for OLA  (the Indian version of Uber) and they will cancel if something better comes up.

You may not be able to use Google Maps to track

Another issue is that as you get out of cities, Google Maps isn’t as good and you might find that the hotel isn’t even on the map where it’s meant to be. The good news is this would happen with a regular taxi too, lol, so who cares! #ThisIsIndia

One place I’ve heard the violence happens more than occasionally is in Trivandrum, although I have not encountered this. Staying quiet will keep you and your Uber driver out of any trouble from disgruntled locals. Again, I have used Uber all over India and never had a single issue, but it does happen.

Where Uber Works in India

Uber has now been introduced into 40 cities in India. I have listed them below so you can see them all clearly. 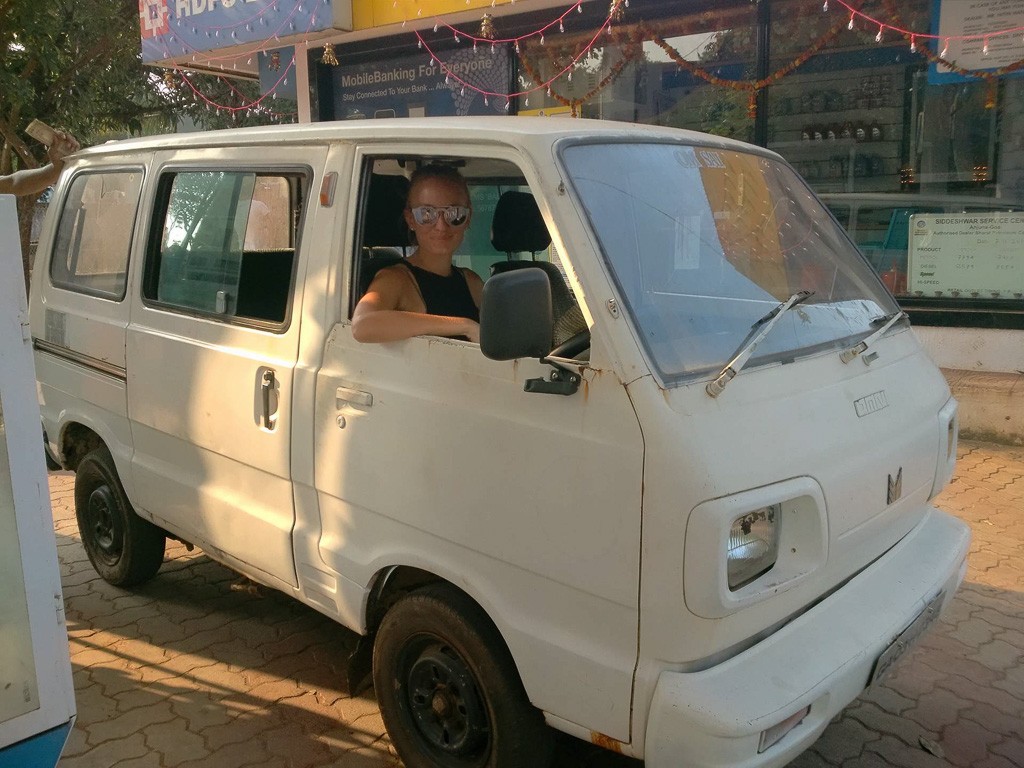 While Uber exists in Goa, it’s not as active and the chances of it being active are next to none. Similar to Canggu in Bali, taxi drivers would never allow Uber in their towns. There has even been a recent introduction of another app, Goa Miles, but this is not as reliable as you would hope due to the backlash from current taxi drivers.

Rachel wrote more about transportation in Goa in her ebook if you want to know more on what to expect. When she lived in Goa, she drove around in the above beautiful little thing that was once banned itself because of the easy-to-kidnap-people-doors.

So, that is pretty much all there is to know about Uber in India! You can click here to download the free app and choose Andriod or IOS. Enjoy Ubering around India. It definitely makes life easier here!

Check out some of these posts to help you continue planning your trip to India: 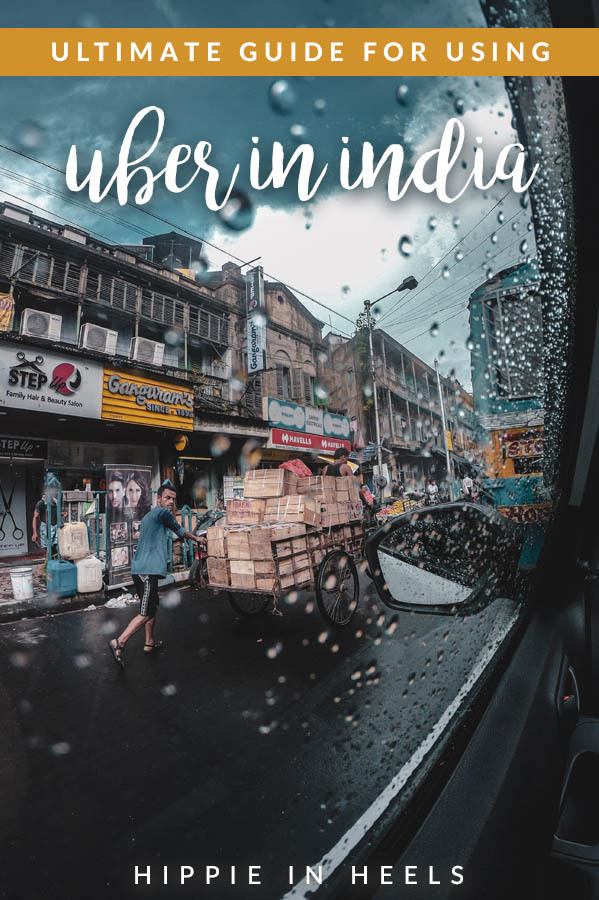